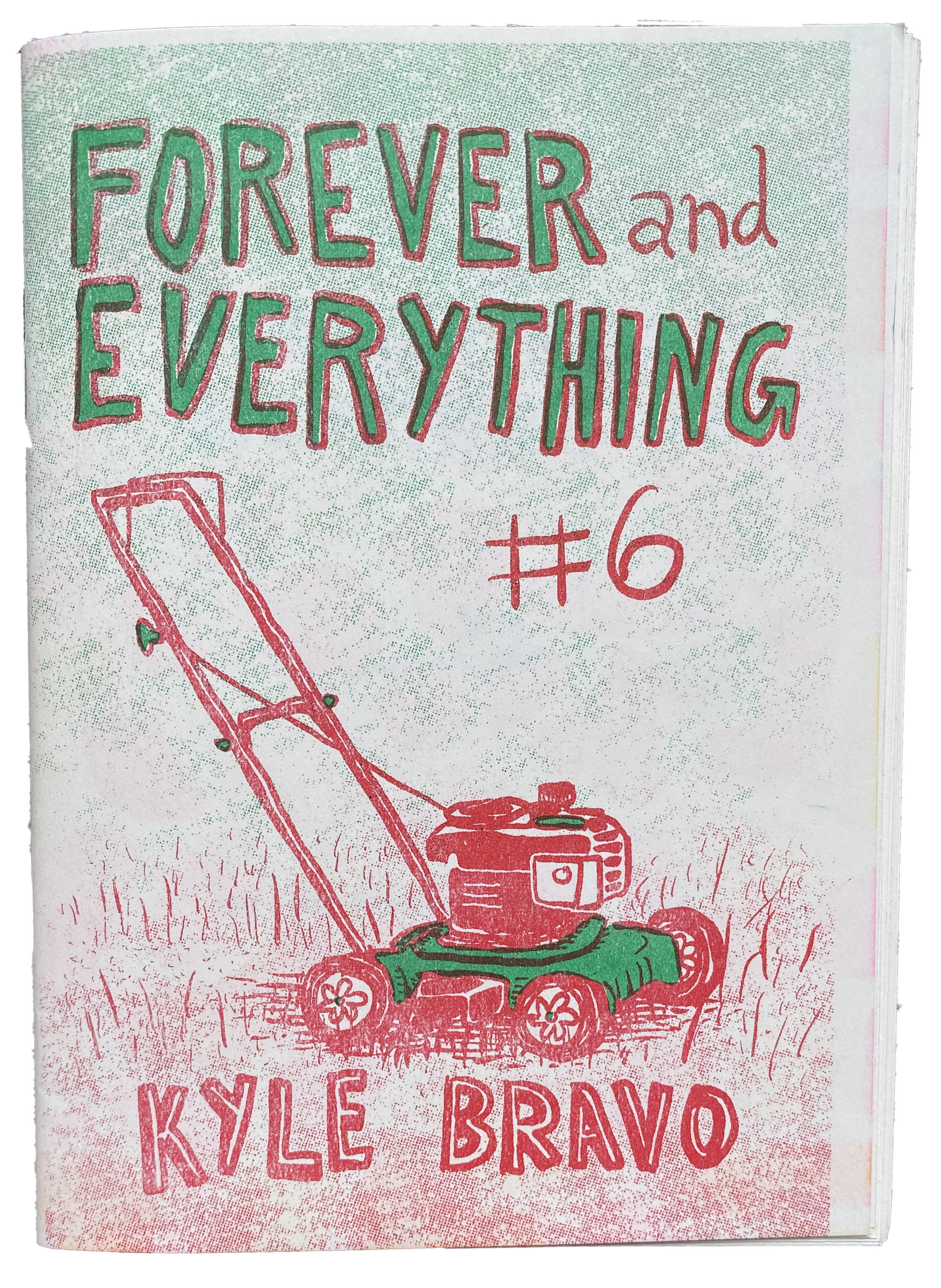 If there are pillars in the world of indie comic storytelling, autobiography is a central one. We are at the point where indie comic creators will now mock other autobio comic creators, and especially mock themselves, with all the insecurity and self-deprecation we have come to expect. Kyle Bravo’s Forever and Everything is, in this way, the quintessential autobiographical indie comic.

Issue 6, the “pre-pandemic naivete issue”, sees Bravo on various outings — to the doctor, to a comics show. “Maybe I’ll go draw a comic about this,” he muses early on. Presumably, this thought occurs frequently to Bravo. Issue 7, meanwhile, sees Bravo recount the early pandemic — his worries and uneasiness as it looms and lockdowns begin. Observations are made that, a year on, read somewhat morbidly, and it feels like Bravo is kicking himself, as many likely have. In one comic, his wife goes through many of the quarantine baking routines. “I know! It’s a Quarantine Cliché!” she exclaims over some rising dough. Intentionally or not, that applies to more than one of these vignettes.

Forever and Everything isn’t lacking in any particular way, and what these two issues do, they do well. Bravo is likable and the situations depicted are humorous. And it doesn’t feel particularly interested in being anything more than that. In a field of work as saturated as self-published autobio comics, simply throwing oneself into the ring and putting oneself out there is commendable in and of itself. That said, much of autobio comics are full of stuff we’ve seen before. Forever and Everything is no exception. Even so, Bravo is a strong cartoonist. Let’s see what else he can do.