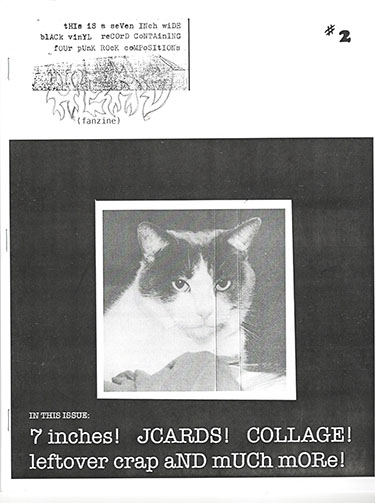 This black-and-white punk zine describes itself as an “assemblage of mid-late 20th century underground loser culture” and pretty much delivers as advertised. Cut-and-pasted content, likely plucked from Jake and Jeffry’s personal archives, feature a smattering of nineties-era press releases, show flyers, photo collages, and cover art that are arranged sparsely and seemingly without logic. What this all adds up to, I reckon, depends on how much you care to “spit on those who choose to pose and thrash with all the rest,” as their opening Razor quote suggests. Later issues, however, which focus on t-shirt collections and Halloween, seem to offer more thrashing and less posing.