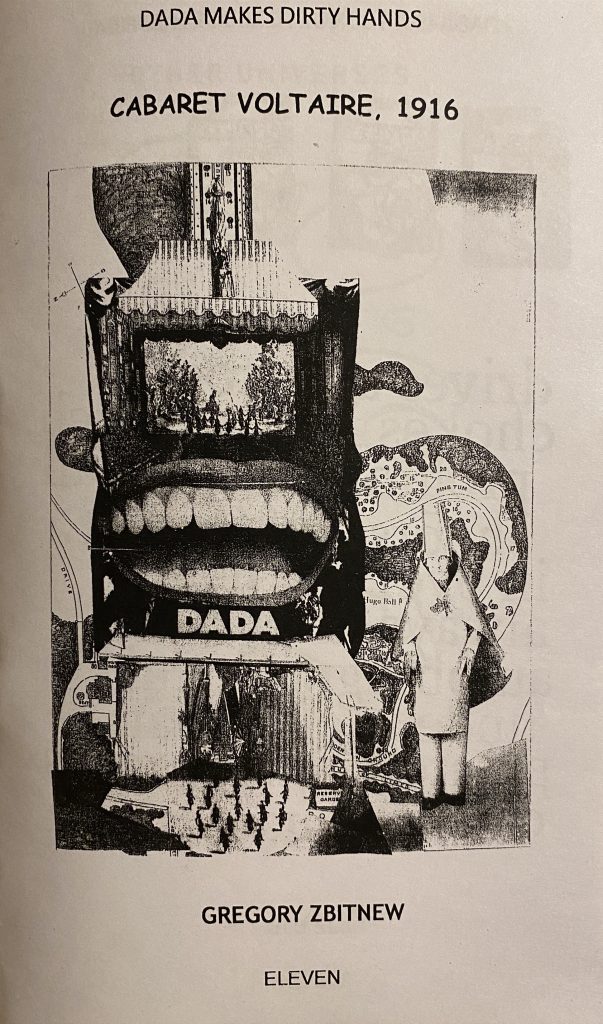 Close to a century ago, artist and poet Tristan Tzara published Dada 8, the final issue of an influential art magazine focused on the poetry, manifestos and visual artistry of one of the most pointed art movements of the 20th century. Smash cut to the present day, and some fellow named Ed Varney, backed by a something named the Dada Institute, is getting the band back together. In, you know, a fake, tributorial sense.

This zine concept is cool. Varney and friends are essentially picking up where Dada 8 left off with Dada 9. Rather than actually attempting a reboot, the experiment showcases some words and some imagery and some abstractions that play in warped realities, not unlike those cultivated by the original Dada movement. With contributions from disciples from Vancouver Island, Montreal, New York City, and various other North American locales, you get a few different looks. Nothing is linear. All is jarring and some fleeting images are quite thought provoking. Considering the original Dada movement consisted of artists who “rejected the logic, reason, and aestheticism of modern capitalist society” and focused instead on “expressing nonsense, irrationality, and anti-bourgeois protest in their work,” according to my good friend Wikipedia, everything here feels like a perfectly jagged, unbalanced continuation of whatever was.