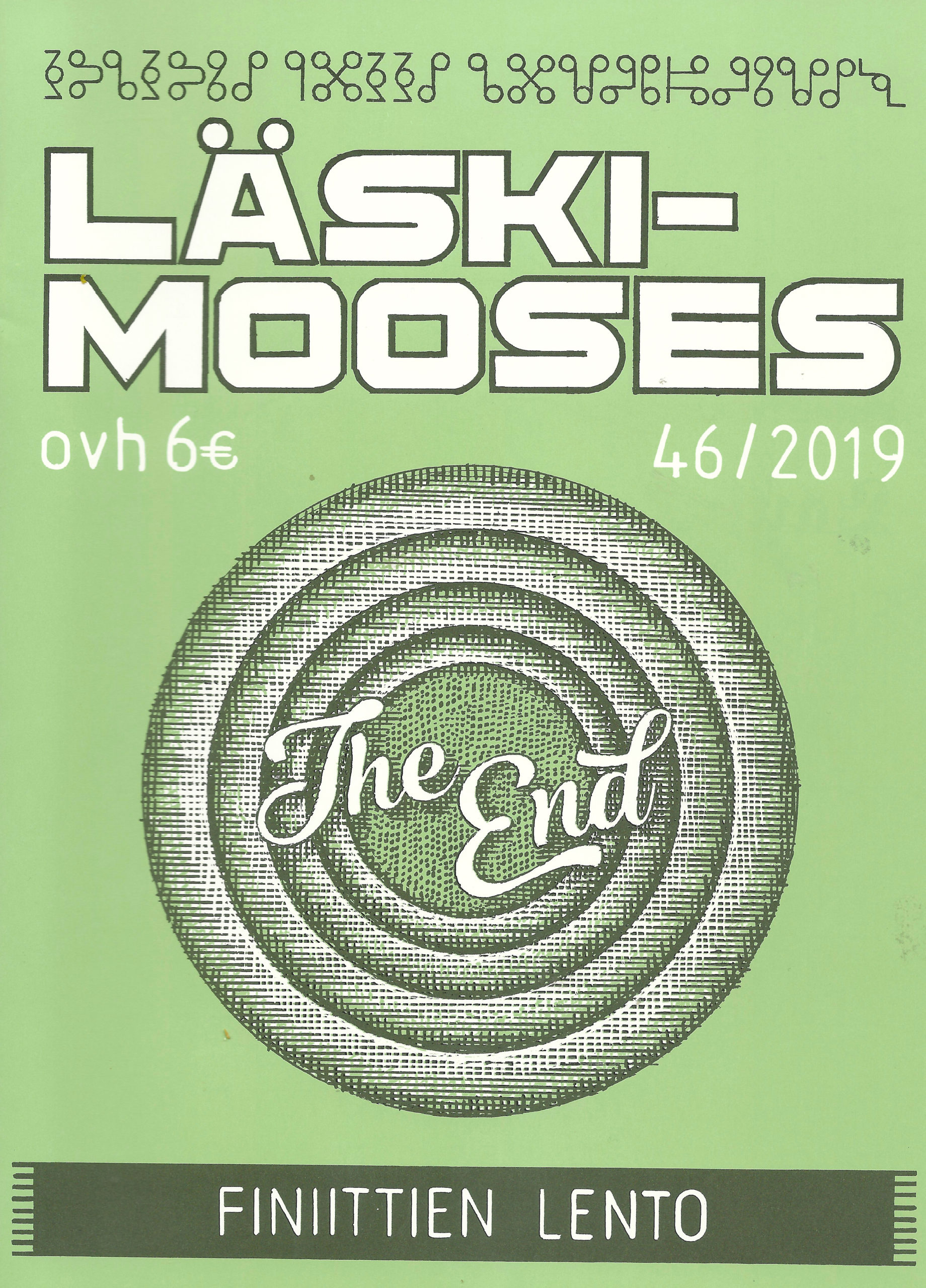 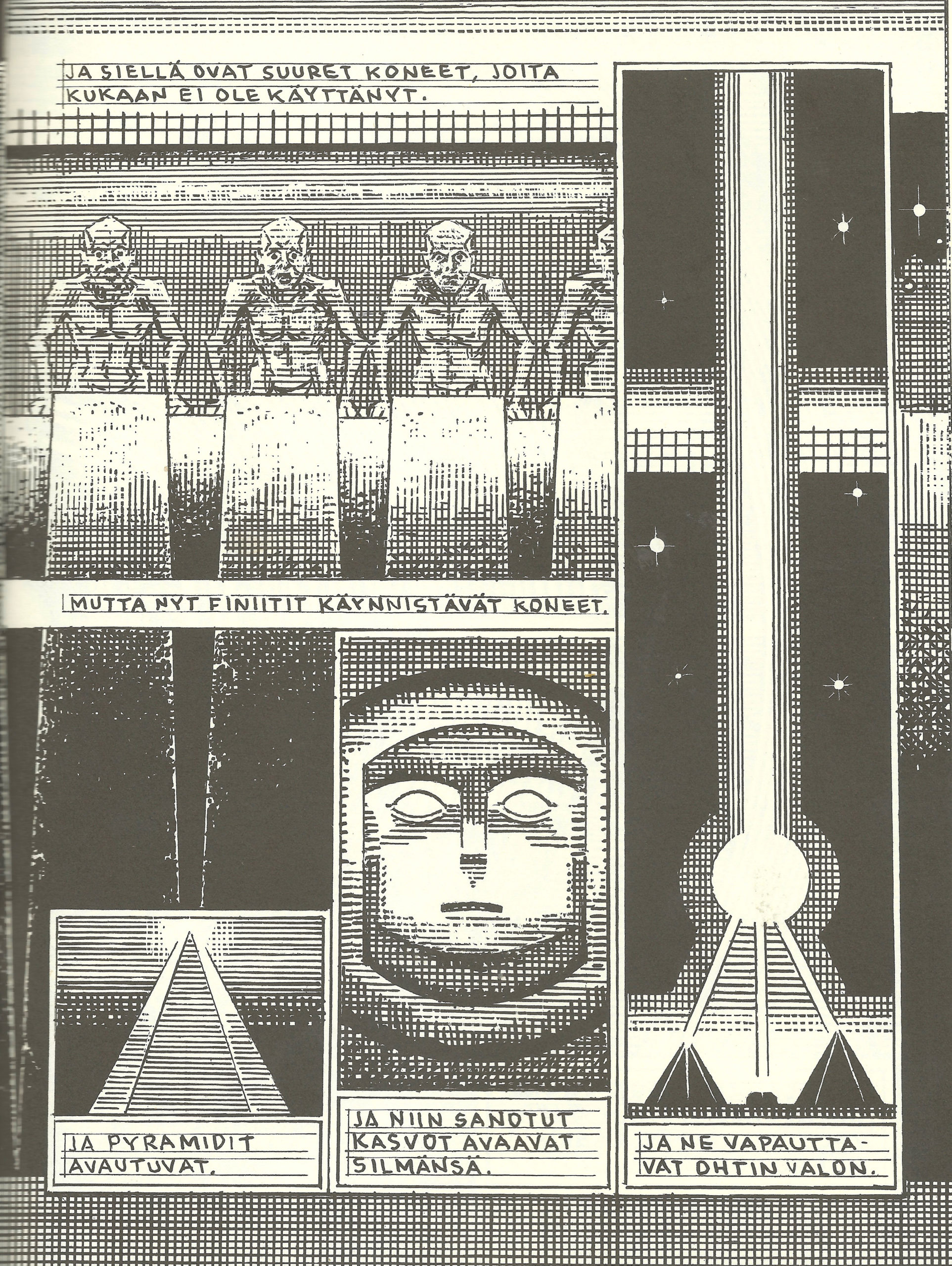 Läskimooses, Matti Hagelberg’s Finnish sci-fi epic, is nearing its end, with issues 53 and 54 slated to complete the 1000+ page series. As such, things are starting to get suitably climactic and vast, as you might hope any truly epic sci-fi series to do. The majority of this issue is comprised of spectacular two-page spreads, each one more stunning and otherworldly than the previous. Figures float in the vastness of space, ancient architecture adorns distant worlds, and interstellar vehicles reveal the true nature of Hagelberg’s universe. “And now the true name of Mars is revealed and it is Kum, the roar of the gods. And it is Maamo, the cradle of life. And it is Eden, the primordial forest,” the characters proclaim. The writing is vast, and Hagelberg’s intricately crosshatched lines convey a truly cosmic feeling.

Having only read sporadic issues of Läskimooses, I’m always impressed how much more elaborate the series gets when I come back to it. There’s nothing else in comics today that’s quite like what Hagelberg does. Every issue is a treat, and I’m eager to see just how much wider the scope becomes in the final issues.