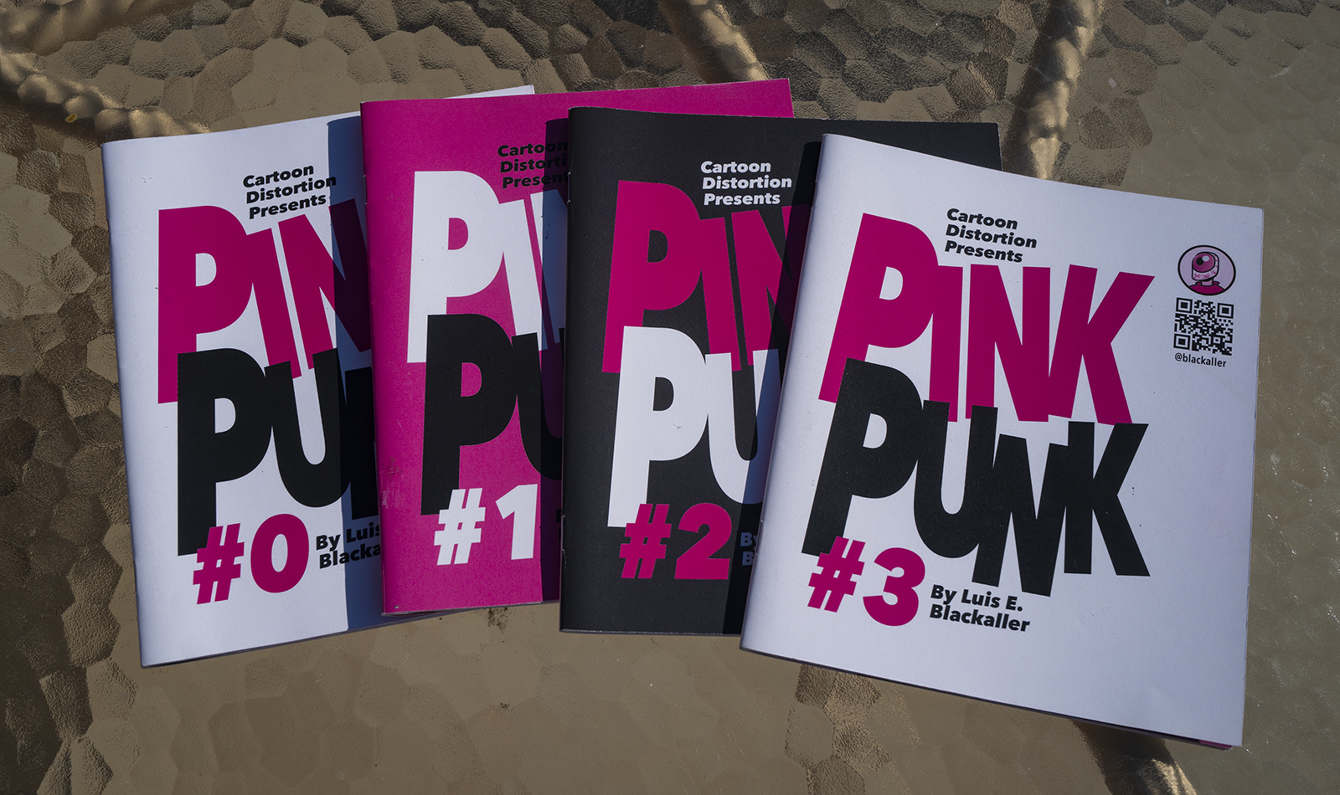 Much like its name, Pink Punk is straightforward: a pink and black Risograph-printed zine containing various illustrations.

These issues of Pink Punk aren’t particularly different from one another. Each typically contains a portrait of an artist — ranging from David Bowie, to Gene Simmons, to Frida Kahlo — followed by a two-page spread, and then various other illustrations. There’s no real cohesion to each issue outside of the “Pink Punk” framing, but I suppose, with that in mind, there doesn’t really need to be. Blackaller’s range is at the forefront here, and each issue feels more like an anthology than it does the work of one artist. Thinner scratchy lines, pixel art, small experiments with the negative space that Risograph printing allows — the sheer variety of style Blackaller displays makes a seemingly quick read something much more exciting one.

As well as they pair together, the pink and black ink Blackaller uses, in these copies at least, tended to be its own worst enemy at times, with the colour separation not always looking as intended. Lighter pinks were awash with black, leaving some pages feeling a little muddy. Risographs can be fickle, as anyone using them likely knows.

Like most good punk, each issue of Pink Punk is brief and to the point. Blackaller gets in and gets out, and you’re left the better for it.