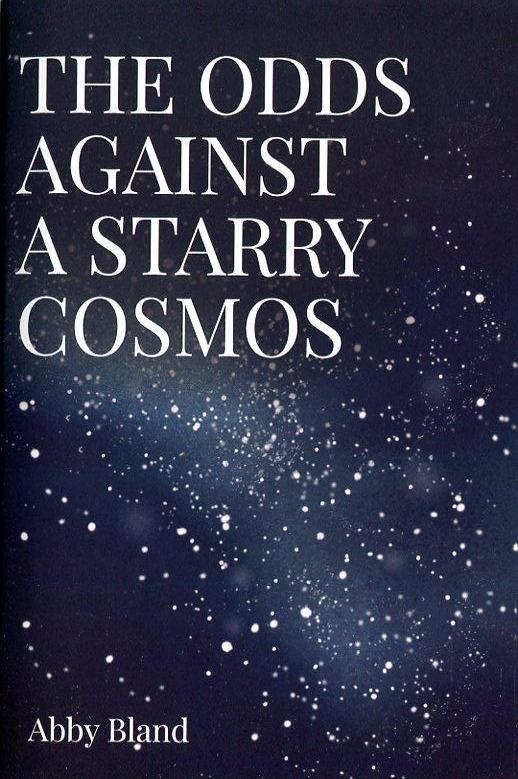 The Odds Against a Starry Cosmos

Physicist Paul Davies once wrote that The Odds Against a Starry Cosmos would be “one followed by a thousand billion billion billion zeroes, at least.” Coming to terms with the enormity of that fact — that we’re here despite indescribable odds — makes prime fodder for poetry.

Abby Bland literally delves into the math behind the existence of the universe in this collection, and does play briefly with probability and causation — of all the possible outcomes for my life, why these ones? — but the implications of this realization are fleeting and never used to their full potential, though they loom large: how does one carry on, understanding all of this? How can one not?

That missed opportunity aside, there’s plenty to unpack in The Odds Against a Starry Cosmos. References to lips, kissing, Bland’s body (imagined as other things, like a tree growing in an attic) and whiskey appear frequently. Bottles and windows regularly shatter, interrupting the stillness and intimacy that was built. These poems waver between the ecstatic heights of relationships and their inevitable demise.

Some of this was apparently written to be delivered as live slam poetry and thus comes off as better suited to vocal delivery than to the printed page. When Bland is concise, she also excels on paper.