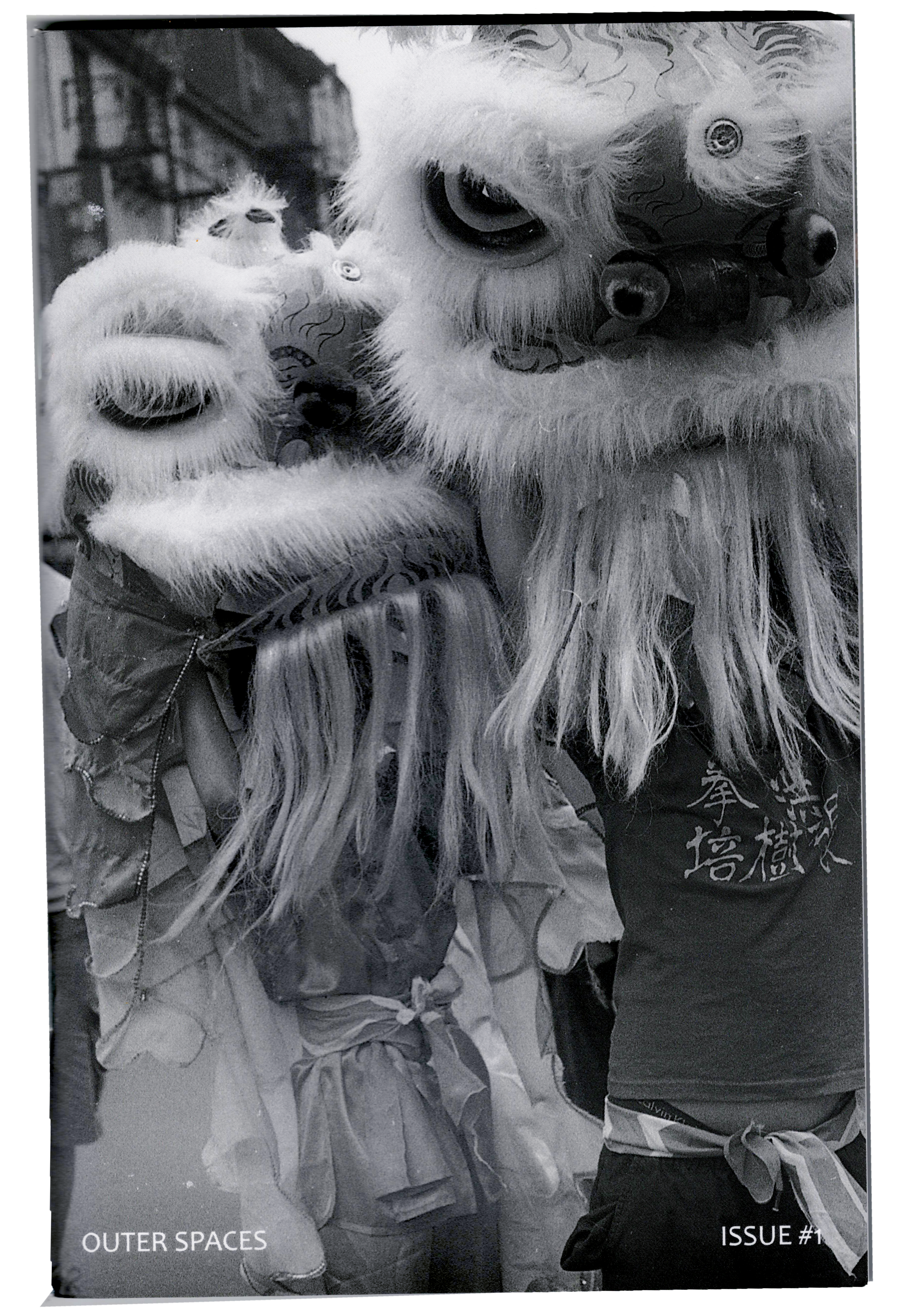 Between these thick covers lies an assortment of film photography from public spaces across the globe. Outer Spaces is the brainchild of Amanda Capasso, and she describes it as “a street photography zine that illustrates basic humanity during daily living.” Capasso showcases the work of 12 photographers, as well as her own, in a stunningly printed zine that is split into two halves, one colour and the other black and white.

The images range from police officers lined up in Hong Kong to a subway performer in Chicago, from a hot dog vendor in New York City to Philadelphia’s Chinatown, from a lunch spot in Sao Paulo to a shot of people gathered near posters for missing men in Mexico City. Each standalone image tells just enough story to intrigue. Capasso writes, “The lens acts as a third eye, replicating a moment in time that would have been lost.” These are fleeting moments of intimacy in public, captured on film where they are immediately immortalized.

Outer Spaces doesn’t disappoint photography fans. The clear divide between colour and black and white is a wonderful touch, with each side evoking different feelings from me. The subtle placement of the photographers’ names and their locations sometimes made it difficult to know where I was in the world, but that’s inconsequential. In the end, Capasso’s extraordinary ability to curate these photographs and design a captivating visual narrative, made me thumb through the pages several times, causing me to revisit these moments of “daily living” and for that, I’m grateful.