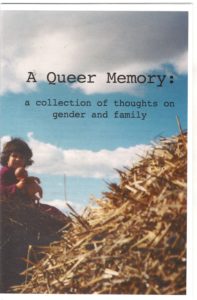 At some point, queer folks become archaeologists: uncovering the past to gain clues into our present selves. Or, just as often, we’re moved in the opposite direction: unearthing aspects of our identities that upend our sense of the past, our memories, and how our stories have been told to and by us. This familiar format of queer storytelling continues to be fruitful; a reminder of how the personal is always, still, political.

In A Queer Memory, author Noah Hurlbut interrogates what it means to be non-binary, being drawn to its lack of a legible, stable referent, and its allowance for a fluid sense of gender and self. For Hurlbut, the identity simultaneously carries the difficulty of visibility, recognition, and validation from others when, for so many people outside of queer spaces, our gender does not even exist. Over childhood photographs, Hurlbut describes the ongoing conflicts with their parents and at work, where they are expected to behave in ways that adhere to binary ideas of gender.

A tension lives on the photographs, where Hurlbut is no longer “hung up on who [they] used to be,” while their parents see the same child that they want to see and that they’ve always seen.

A Queer Memory is bogged down in the perception of others: the expectations of family, co-workers, and people from their past. When we feel like we’re disappointing or alienating everyone, there is little room to find pleasure in their shifting sense of self. Hurlbut’s zine ends with them feeling like a monster, a “destroyer of family value.” Reading A Queer Memory is, for me, like looking in a funhouse mirror, having done my own queer archaeology. To carry on, I need to believe that there is strength, power, and joy to be found in that monstrosity. 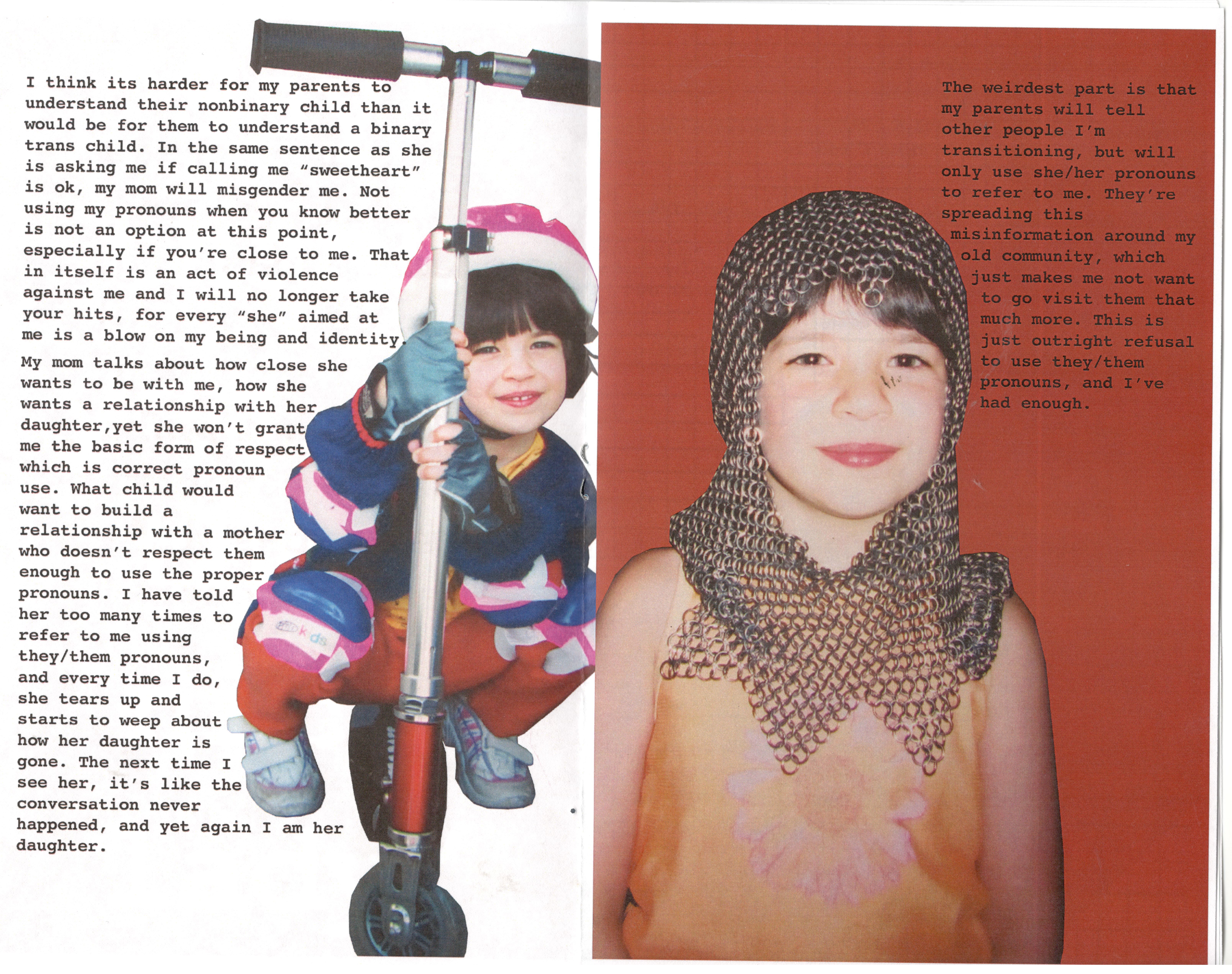