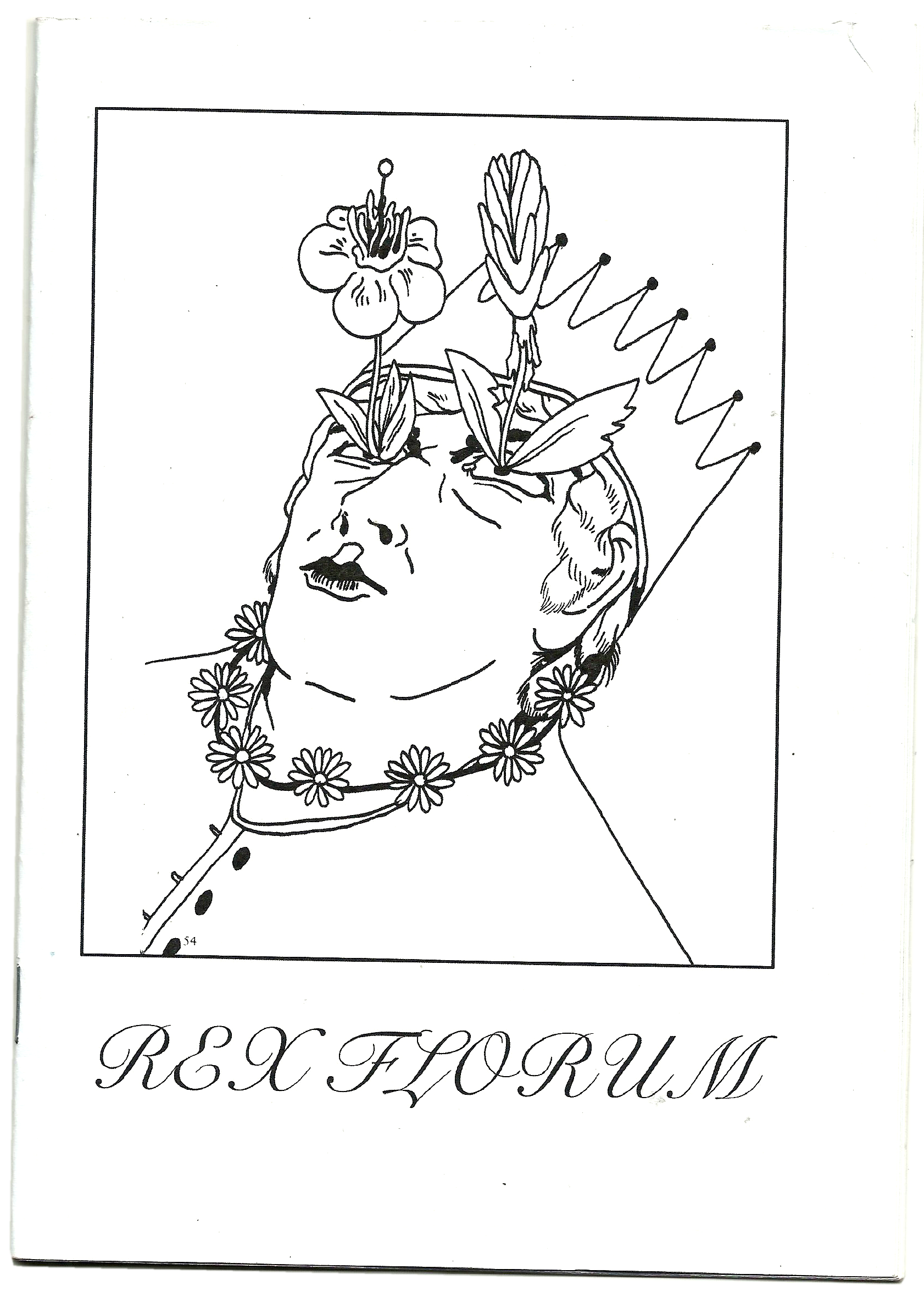 Rex Florum depicts a king in repose, adorned by a crown and necklace of flowers and even more flowers growing from their eyes. The rest of the work is made up of drawings of various flowers. The connection between the king and flowers is left to the reader. Are these the flowers over which the king (rex) reigns growing out of them as they lay still, a sort of self-sustaining garden?

The answer, ultimately, doesn’t really matter. The various flowers Graham Ruddy depicts throughout Rex Florum are rendered in a thick line, each distinct from the last, and standing just as strongly alone as they do as part of the larger whole of the zine. Perhaps it’s just my own lack of floral expertise, but there’s an alien quality to the flowers depicted, as though they are rare or unidentifiable species. Roots and stems swirl back in on themselves. The blossoming petals expand wildly, their edges inviting. Ruddy ends the zine with a brief line of text: “may the rain extend his reign.” The reign of the titular Rex Florum, and the scope of his work is only as long or bountiful as the weather dictates. Beauty is fleeting and it is through art that it can, hopefully, be captured. May his reign be a long one.