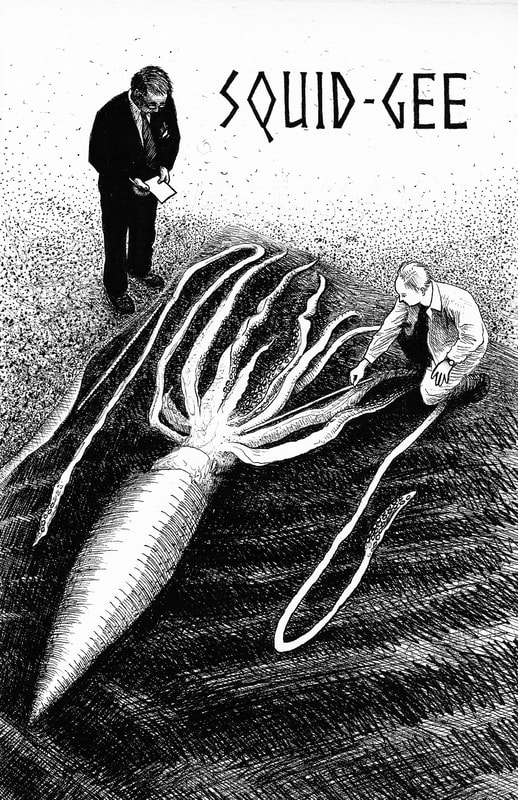 Kraken angst has plummeted in recent centuries (I think). Nevertheless, there’s still enough concern out there to fill one more zine, the creepy and compelling Squid-Gee. This wordless wonder was created by Keenan Poloncsak, and depicts a world overcome by a super squid doing super scary shit. Mad tentacle action, man. I’d love to know what the motivation was behind Squid-Gee. Most folks have some symbolic (or possibly literal) behemoth in their lives, only too happy to fuck shit up and push over items and whatnot. Here, there’s actually a bit of science behind the story, or at least scientific history. We won’t spoil it, but a teaser: the story takes place in Montreal, and Montreal millions of years ago was at the bottom of a prehistoric season. That’s not really a license for a plus-sized squid to run amuck in the city, but I don’t know, here we are! The zine itself looks great. The artwork is top-notch and feels contemporary even though the subject matter is steeped in monster movie chic. Better still, the action sequences scream off the page and even death and destruction is handled with grace. There’s zero dialogue, but that’s completely fine, as these drawings, all of them, speak volumes.