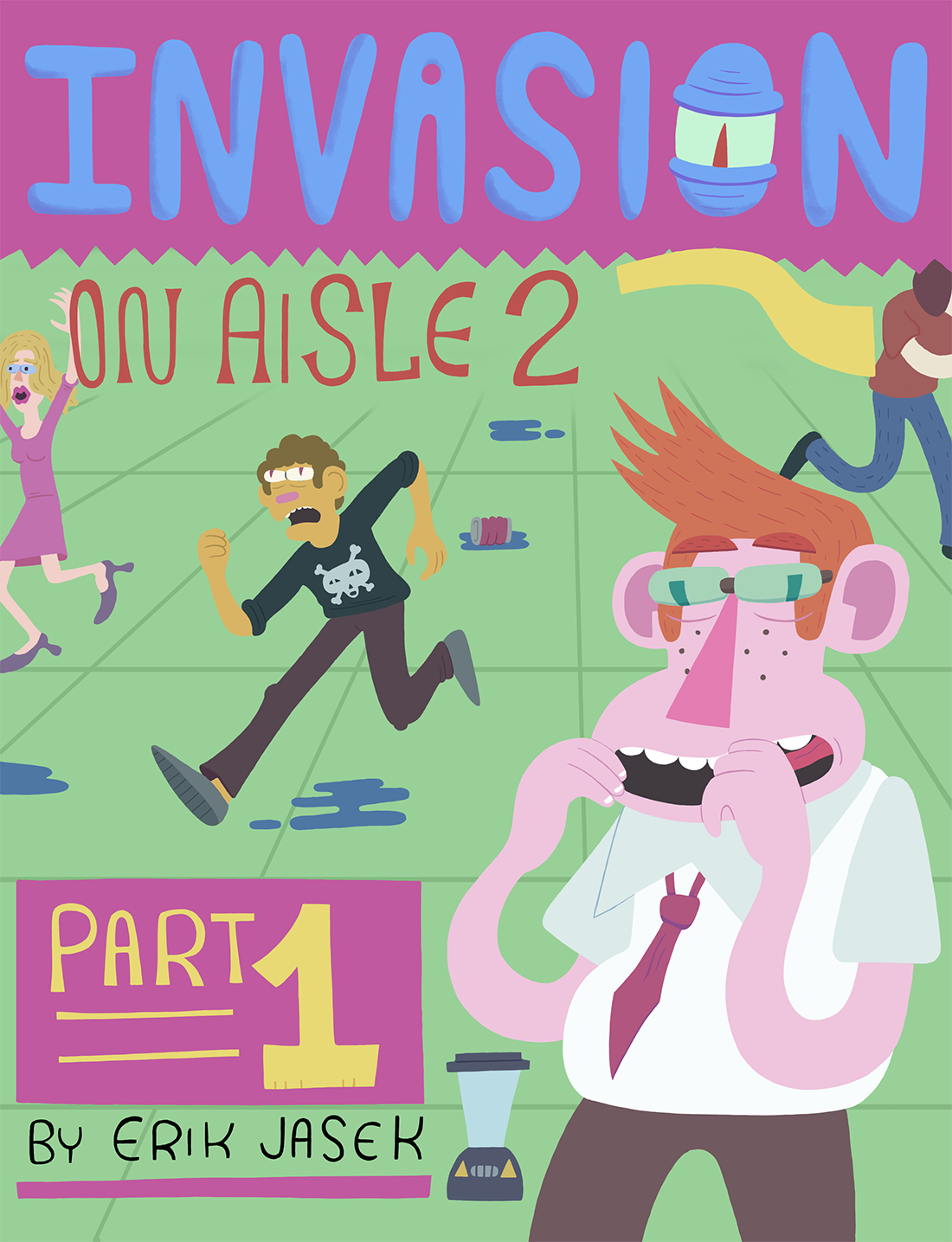 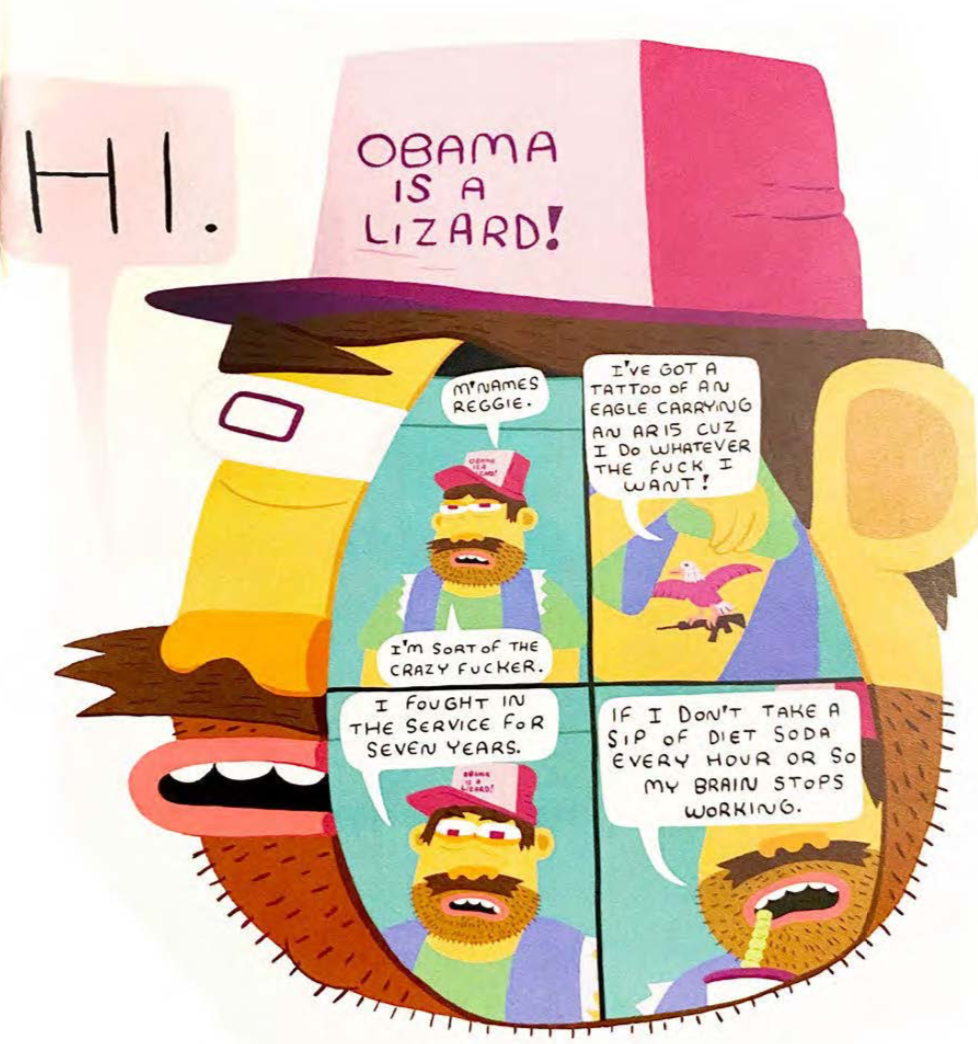 There’s something universal about the experience of going to big box shopping outlets. Whether it be Wal-Mart, K-Mart, Zellers, Target, whatever, most people have their own story from one of these places that sounds completely implausible. As such, these spaces lend themselves well as settings for fantastical stories, and it’s this that Tampa Bay’s Eric Jasek, does well here.

Brad, a redheaded downtrodden loser returns home from attempting to return a Blend Bot to the local MarMart. Upon his return home, his intimidating and knife-wielding wife sends him right back to make purchases for a party. Brad lives in fear of his spouse, psyching himself up in the car before speaking to her and pissing his pants after their conversation. As he returns to the store, the Blend-Bots begin to rise up against humanity. I hate when that happens.

Jasek’s art is colourful and distinct with no two characters looking alike. With their large heads and gaping mouths having a sort of ‘muppet’ quality to them. Sharp, bright, colours, and the often unique panel layouts really make the zine pop.

The plot, unfortunately, is not quite as strong with the art. Jasek backloads exposition and character introductions, and there’s an overall tone of laughing at the characters rather than “with” them. Settings like this can have a stereotypical clientele, and the comic doesn’t do much to avoid these-the powered cart riding “gang,” the “unhinged mall cop.” For as unique as the rest of it is, playing it safe with character types is a little disappointing.

Misgivings aside, I’m interested in seeing where Invasion on Aisle 2 goes next. If the next issue’s plot can become as strong as the art, Jasek is likely to have something special going.