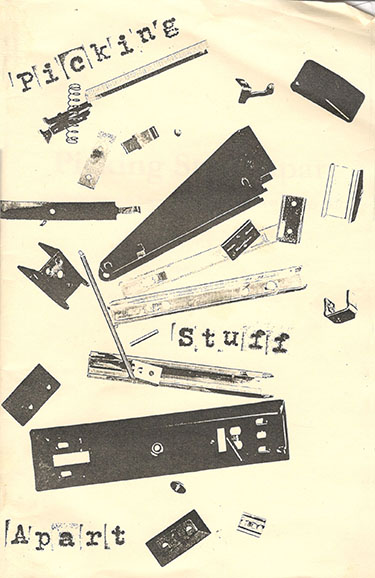 A concept zine where two old friends assign each other pop culture to consume, review, and then respond to through interviews. As with all concept zines, the question is why? And for the same reason the answer is: because it’s fun! Who among us doesn’t spend hours in cafés, long drives, or the space between bands’ sets talking about books, podcasts, movies, and records? True to its name and mission, our authors take their task seriously. As they react and review, we learn about them as well. Amberson has a rare eye condition that robbed him of sight in one eye. Rock had skeezy roommates who used freak folk records to seduce their conquests. Both have a healthy curiosity about the world, which is a good thing.

At its best it’s not unlike the New Yorker Fiction podcast that one of them was assigned. Close readings, viewings, and listenings produced insights that made me glad I came. At its not-so-best, it devolves into condescending disinterest and over serious cynicism that doesn’t land for me. Silkworm is “lackadaisical Pavement takes on Neil Young riffs” and Bruce Springsteen’s lyrics are “laughably