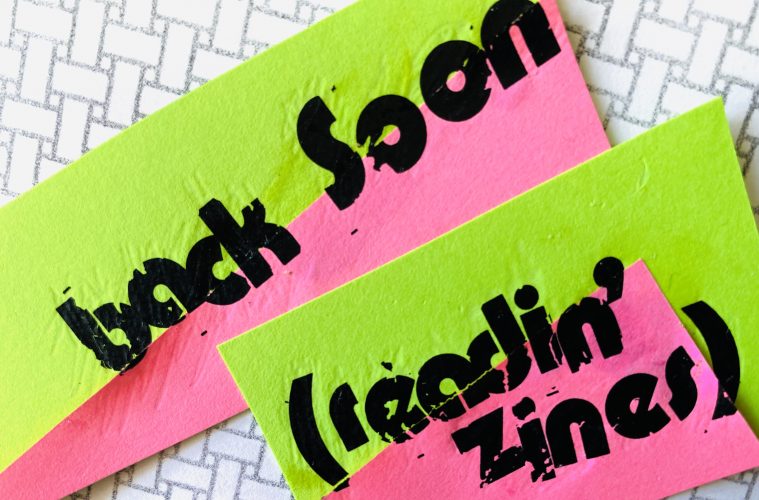 A quick note for the folks eagerly anticipating the release of shortlist of the BP Zine Awards 2020 (and its not just applicants, anymore, my how we’ve grown!) — we’re running late! Initially we said it would be up no later than August 15th but uh, that was last week…? Whoops.

By way of an explanation, it’s simply taken us a while to get our mail from the US, we extended the entry deadline, and it’s important to make sure each and every zine is looked over by three or more pairs of eyes, so that we can feel good about where we land. Not to mention, there are more zines than ever, and lots of new zine pals we’re excited about, too.

Thanks for understanding as we take our time. We expect to have the list out sometime next week. I know, vague! Just don’t want to make another promise we don’t keep.