After a year without raucous dim sum brunches and family banquet meals, the common Chinese greeting 你吃飯了嗎? meaning, “Have you eaten yet?” seems to carry a different significance. This rings loudest in North American Chinese diaspora communities, and in the Chinatowns that have been on the brink of dissipating for years. They would already be gone, perhaps, if it weren’t for grassroots initiatives of community members who put up a fight against the foes of gentrification, racism, or a new disease that left so many doors shuttered.

Our organization, Save Our Chinatowns, sprung into action in March 2020, right after San Francisco Bay Area counties ordered shelter-in-place. Across the US, Chinatowns had already been feeling the early impact of COVID-19, since the first whispers of the pandemic began spreading at the beginning of the year. Our initiative’s founder, Oakland artist Jocelyn Tsaih, wanted to put her skills to work in supporting and raising awareness for the businesses she loves in Chinatown. She began selling artwork and rallying other artists to create pieces to fundraise for businesses in Oakland and San Francisco Chinatowns who were adversely impacted by the pandemic.

At the beginning of 2021, we launched a Lunar New Year fundraiser to benefit Oakland Chinatown businesses, releasing a recipe zine called Have You Eaten Yet? The phrase, the equivalent of asking, “You good?” felt appropriate as a way to check in on our communities. 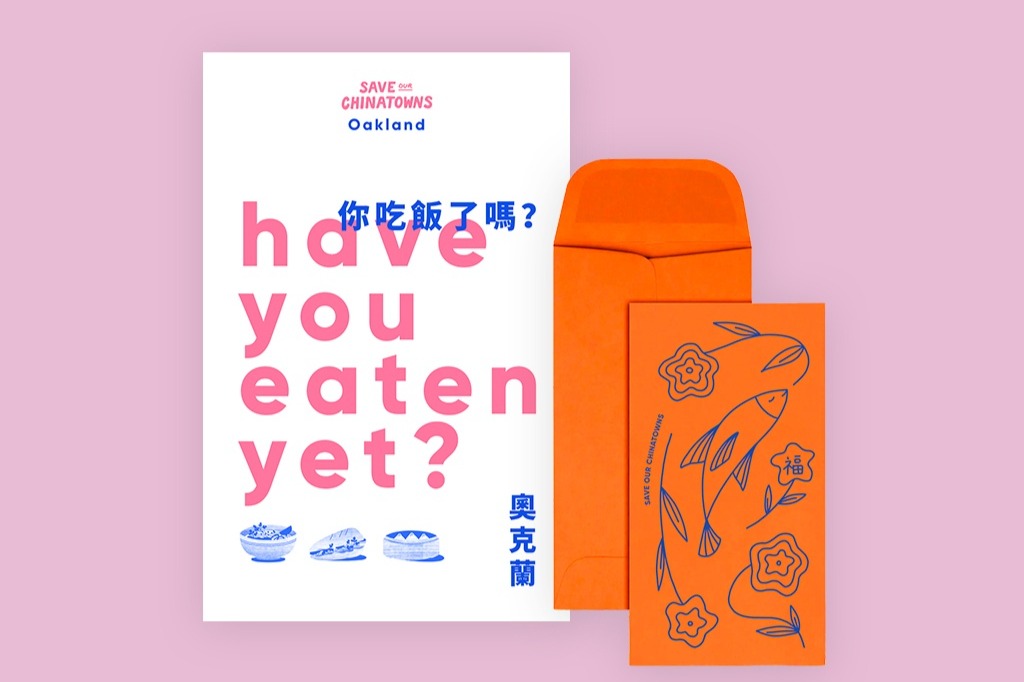 Three Oakland Chinatown businesses generously offered recipes: Yuen Hop Noodle Company, Cam Anh Deli, and Green Fish Seafood Market. In addition to the delicious food, we wanted to show some of the faces and names behind these establishments. With each recipe, we included stories about the business owners. All proceeds from the zine went to these three establishments.

In addition to the recipes, the zine reflects on Oakland Chinatown history, highlights intersectional activism, and gives our community a voice to spotlight their favourite small businesses in Oakland Chinatown. We collaborated with six Asian American artists to illustrate the zine: Jocelyn Tsaih, Maya Kulkarni, Ala Lee, Linh-Yen Hoang, Paulina Ho, and Kimberly Mar. Overall, the creative community came out to support our cause, with Irrelevant Press generously donating their risograph printing services to seal the deal.

When we launched the fundraiser in January 2021, the response was overwhelming — we sold out within two hours! The most moving part of this fundraiser has been seeing how it has inspired other creatives to fundraise for either our cause or other causes in their communities using their own art and talents. Above all, as Oakland Chinatown grapples with erasure and gentrification, we wanted to not only encourage financial support, but inspire folks to appreciate it for what it is — a living, breathing community serving its residents.

Zines are stories, but they can also provide resources, inspire hearts and minds, and mobilize a creative and cultural community. With everyone pitching in their own special contribution, this publication represented a true stone soup — or better yet, hot pot — and I’ll venture that resistance and resilience have never tasted so good.

Visit saveourchinatowns.org to get your copy of Have You Eaten Yet?