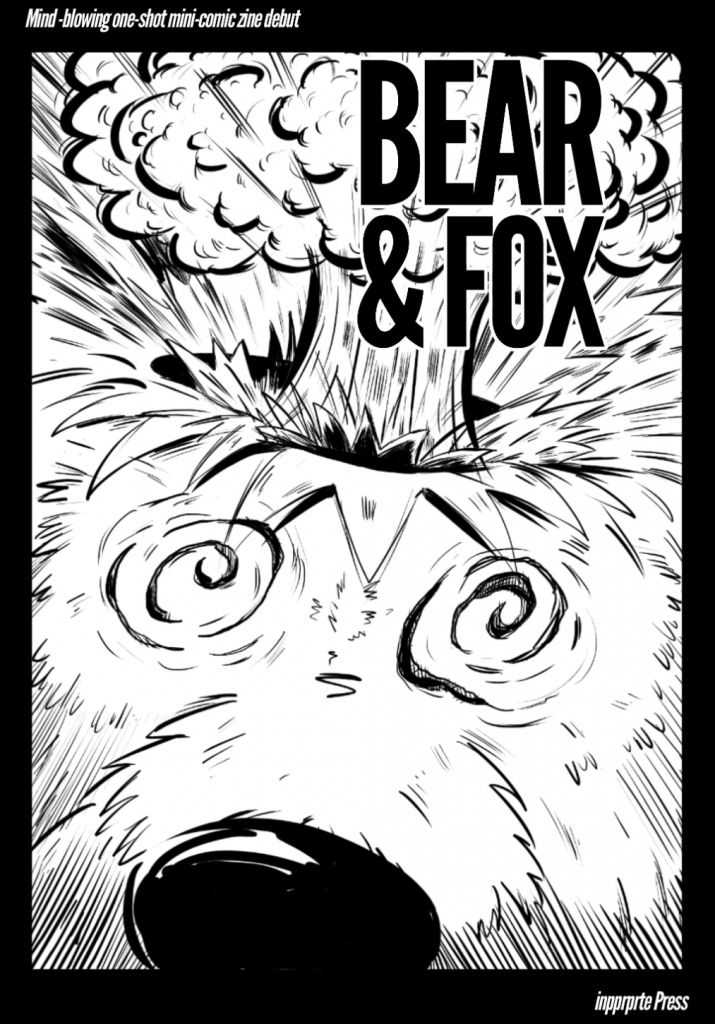 Bear & Fox, a mini-comic zine debut from Andre Molnar, has a lot to say for its small size. Opening with a text disclaimer that what follows is a true story, Molnar informs the reader that they were compelled to create the zine because “what happens in this story plays out a million times every day. It is so simple, familiar, relatable, tragic, and completely irreconcilable with no winners or losers.”
It’s a heavy message to open with, which makes it slightly frustrating that the actual story of Bear & Fox, with its “locations, names, and species changed” to mask the original parties involved, almost goes a little too out of the way to mask things. The plot here is an argument between two animals over which type of “wood” is better. It gets out of hand. This certainly feels like it is speaking towards some broader concept or idea (a personal dispute between friends, global politics, etc.), but at the same time, the conflict is so familiar and vague that Molnar’s intended commentary is indiscernible. It feels as though the zine has something to say, but it fumbles in getting it out.
That aside, Molnar’s artwork in Bear& Fox is never lacking. The two characters are full of emotion and constantly moving throughout the work, and emphasizes the difference in size and strength. Bear’s hulking large form, and the small, quick, litheness of Fox give motion to their facial expressions as the relationship breaks down. For a debut zine, Molnar comes out swinging. There’s room to grow, andI’ll be happy to see what they grow into.