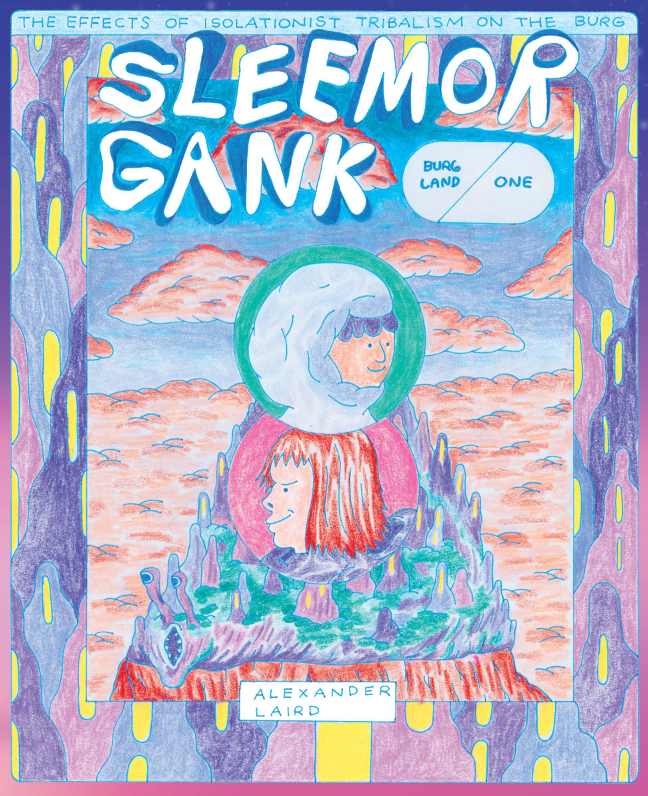 Attempting to describe the first issue of Burg Landin a capsule review isa steep order, but I’ll give it a go: Sleemor Gank is a Burg-Burgs, strange giant monsters with civilizations living on top of them. Why did the collapse of society occur and lead to humans living on Burgs? The travelling historian Baida Bandorious has arrived in their balloon to figure things out. Sleemore Gank is the highest of high-concept fantasy. Laird succeeds time and time again with world building and creating a setting that is uniquely realised and distinctly their own. Through some sort of risograph trickery, the three colours they use mix and match as they work to flesh out the world of Sleemor Gank. 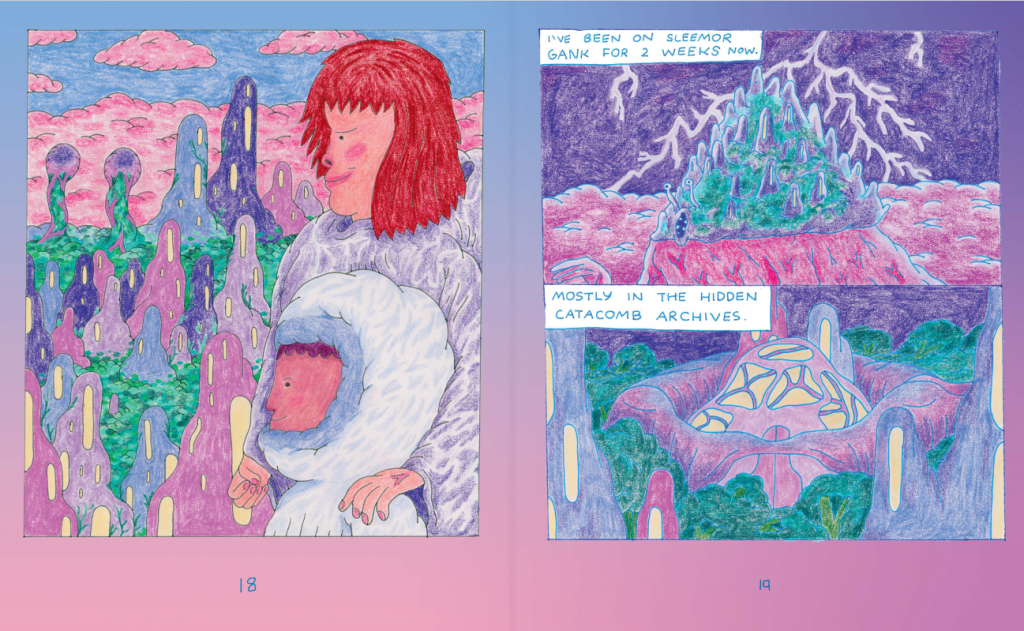 Everything seems natural and in its rightful place, the systems and rules of how this buggy world works.Of particular note is in the comic’s middle chunk, where things transition into a facsimile of an ancient tome that Baida is reading.

These pages, with large illustrations and maps of the routes on each of the Burgs, are complete with a fake script/writing system. They could easily makeup their own comic as a sort of ‘faux codex,’ but Laird’s inclusion of them here only serves to enhance and buildup the landscape even further. It’s a world that one could easily get lost in.I’m a sucker for this sort of fantasy and Laird has suckered me right in. The writing is enticing, the art is unique and distinct, and the world is deeply intriguing. I really can’t say enough nice things about this comic and I’m dying for my next trip to “BurgLand.”