With a focus on zines and independent publishing, Canzine West is an opportunity for creators and admirers of indie culture to meet, swap stories, and share their wares.

The heart of Canzine West will be a giant zine fair running throughout the day and featuring zines, comics, small press books, and so much more! Over one hundred titles on display!

Reading and Q&A by Kevin Chong

“Beauty plus pity—that is the closest we can get to a definition of art.” —Vladimir Nabokov

In Beauty Plus Pity, a tragicomic modern immigrant’s tale, Malcolm Kwan is a slacker twentysomething Asian-Canadian living in Vancouver who is about to embark on a modelling career when his life is suddenly derailed by two near-simultaneous events: the death of his filmmaker father, and the betrayal of his fiancée who has left him. Soon he meets Hadley, the half-sister he never knew existed―the result of his father’s extramarital affair―and as their tentative relationship grows, Malcolm is forced to confront his past relationships with women, including his own mother, an art teacher working through her grief as well as her resentment at her son befriending her husband’s daughter.

Kevin Chong is the author of four books, most recently a novel entitled Beauty Plus Pity and a non-fiction book on horse-racing.  His writing has appeared in the Globe and Mail, the Walrus, the Toronto Star, Maclean’s, Chatelaine, FASHION, Vancouver Magazine, and the CBC Arts website. He’s an editor at Joyland.ca and teaches Creative Writing at UBC.

Make a zine in one hour, even if you’ve never made one before. No, really! Just show up—Eve provides tools and materials, plus ideas and prompts. An hour later you’ll walk away with a mini-comic, or a 3-centimetre story, or a minimalist flipbook, or an accordion-fold rant, or a bookmark memoir, or some other cool thing you made. Voila! You’re a zinester.

Eve Corbel is a comics artist and aficionado. In another life she is Mary Schendlinger, writer, Senior Editor at Geist, and teacher of Graphic Novel and Manga in the UBC Creative Writing Program.

Artists’ books have generally been marginal to conventional systems of book sales and distribution. As the ranks of mass-market book distributors and large retail stores are decimated by economic and communications upheavals, artists’ publishing is beginning to appear as one of the remaining venues where the physicality of the book has primacy, but distribution and sales are, as before, areas of difficulty. Is it possible for small publishers of artists’ books to develop new models for distribution networks?

Keith Higgins is a visual artist and writer based in Vancouver. He is one of the founders of Artspeak Gallery and of the Pacific Association of Artist Run Centres, and is currently Executive Director of UNIT/PITT Projects (formerly the Helen Pitt Gallery). With Kathy Slade, he founded Publication Studio Vancouver in June 2010.

Kathy Slade is an artist who works in a variety of media. Her work can currently be seen in exhibitions at Or Gallery Berlin, Museum London (On), and Kamloops Art Gallery. Recently Slade’s work was presented in Cue: Artists’ Video at the Vancouver Art Gallery, Die Perfekte Ausstellung at the Heidelberger Kunstverein, and as a solo project at the Audain Gallery. In 2009 she received the Shadbolt Foundation’s VIVA Award. Slade is the Founding Editor of the Emily Carr University Press. In 1999 she developed READ Books at the Charles H. Scott Gallery. Slade runs Publication Studio Vancouver with Keith Higgins and is Co-Director of The Music Appreciation Society.

Broken Pencil’s Indie Writers’ Deathmatch is like other short-story contests in that you submit your work and the organizers select the finalists, but that’s where it takes a contentious turn. Stories are then pitted against each other online in week-long rounds that see readers voting for their favourites while the authors, along with the spectators, take shots at each other’s work. It’s what professional wrestling would be if there were no matches and just call-out spots. 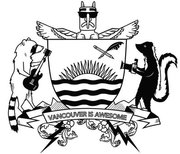 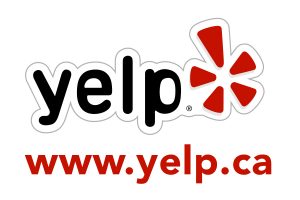