Welcome to our collection of zine and indie culture libraries from Canada and around the world. If you would like us to add your library to the list, or if you would like to give us a tip about a library we’re missing, email [email protected]

Lowercase Reading Room (Vancouver)
Housing over 1,000 titles on textual oddities ranging from pamphlets and manifestos to preciously handcrafted fur-lined books, this is a place you should visit if you can.

Nova Scotia
Anchor Archive Zine Library (Halifax, Nova Scotia)
The Anchor Archive Zine Library is open twice a week for patrons to enjoy the collection of over 4,000 zines which can be browsed and borrowed. To take zines out of the library one must become a member by either donating a suggested amount of money or donating a zine. They also have zine-making supplies and workshops, events, and a distro of their own. (Facebook)

The Canada Comics Open Library (Toronto, Ontario)
COL is founded by several librarians, zinesters, and comics makers based in Toronto, Ontario, Canada. We share a passion for comics and graphic novels, filling gap areas in arts accessibility, and provoking community building through arts and literature.

Arrow Archive (Guelph)
Arrow archive has over 900 titles and is still growing. They accept donations.

Seneca Zine Library (Toronto)
A collaborative project by Seneca libraries, the School of Creative Arts and Animation, and the Independent Illustration Program, this zine library is home to 140 titles and includes a mix of purchased works and zines created by Seneca students.

Toronto Zine Library (Toronto, Ontario)
Dedicated to the integrity of zines, this place is run by a collective of zine makers, zine librarians, and zine readers who believe in promoting zines as a method of communication and expression through workshops and events. (Facebook)

The OCAD Zine Library (Toronto)
Located within the OCADU Campus at 115 Mccaul Street, if you are a student or alumni of OCADU you have access to hundreds of zines collective from everywhere, ranging in subject matter from perzines to art to politics. (Facebook)

New York
ABC No Rio Zine Library (New York)
Established in 1998, the ABC No Rio Zine Library contains over 12,000 (yes, twelve thousand!) titles dealing with independent, underground and marginal publications mostly focusing on addressing political and social issues, but ranging through music, travel, and the like.

Barnard College Zine Library (New York)
Housing zines written by cis- and transgender women with an emphasis on women of colour, the titles here focus on feminism and femme identity by people of all genders, dealing with subject matter from activism and anarchism to parenting, trans experience, etc. (Facebook)

Washington
ZAPP: Zine Archive and Publishing Project (Seattle)
Founded in 1996, ZAPP is a volunteer-driven archive of over 30,000 zines and self-published materials. (Facebook)

Michigan
Michigan Zine Libraries (Michigan)
A collection of zines including titles from throughout the history of zines from all around the world.

Trumbullplex Zine Library (Detroit)
Founded in 1993 (though many artists have been calling it home since the 70s), Trumbullplex is an anarchist housing collective with an active show space and zine library. (Facebook)

Nevada
Las Vegas Zine Library (Las Vegas)
The LV Zine Library is an independent library of hundreds of zines hosted by Beat Coffeehouse. There is a Zine Drop Box where you can add your zine to the collection. (Facebook)

Wisconsin
Queer Zine Archive Project (Milwaukee)
Launched in 2003, the QZAP encourages current and emerging zine publishers to continue to create, valuing a collectivist approach that showcases the diversity of experiences falling under the ‘queer’ umbrella. (Facebook)

Jacksonville Public Library Zine Project (Jacksonville)
A project with a mission to “circulate and preserve alternative media resources that inspire readers to re-examine and learn from alternative and under-served voices that represent our community.” (Facebook)

Independent Publishing Resource Center (Portland)
Established in 1998, the center is dedicated to encouraging a visual and literary publishing community, providing a space to gather and exchange information and ideas, as well as to produce work. The IPRC also houses a zine library of over 6,000 self-published and independently produced materials that is browsable through the center’s online catalogue. (Facebook)

Colorado
Denver Zine Library (Denver)
Established in 2003 this zine library houses over 10,000 zines from all across the world. They also lend out zines and hold workshops, both in the library and elsewhere. (Facebook)

Zine Collection on the Archive
An online collection of THOUSANDS of zines.

Australia
Octapod Zine Library (Newcastle, New South Wales)
The aim of this Australian zine library is to provide the local community with a variety of resources to enable a participatory, innovative and sustainable artistic culture. (Facebook)

UK
The Cowley Club (Brighton)
Collectively owned and run by volunteers involved in grassroots social change, Cowley Club is a cafe and bookshop during the day, and a members bar during the night aiming to provide an alternative atmosphere. (Facebook)

London College of Communication Library Zine Collection (London)
A collection of nearly 2000 zines. The collection contains zines primarily made in the 21st century, though some date back to the 1970s. (Facebook)

Salford Zine Library (Manchester)
This library, which formed in 2010, aims to share any and all creative self-published work. (Facebook)

Zineopolis (Portsmouth)
The University of Portsmouth launched this zine collection after the Illustration Degree students created a group zine project in 2007. The library continues to house zines created by students at the school and those that have been donated from outside. Art zines are the focus of the collection.

Scotland
The Autonomous Centre of Edinburgh (Edinburgh)
ACE is a collective run and used by a variety of groups and individuals aiming to share experiences, skills and knowledge in an atmosphere that lacks hierarchy. The centre collects printed matter that aims to help improve homes, communities, workplaces and lives. (Facebook)

Italy
Fanzine Italiane (Italy)
A Fanzine site mostly in Italian but which uses Google Translate to share information in other languages. This site would be most useful to people who speak (or at least read) Italian. 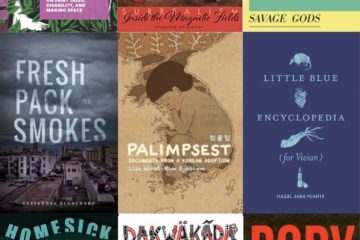 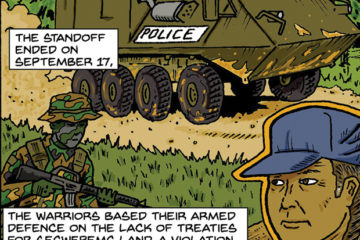 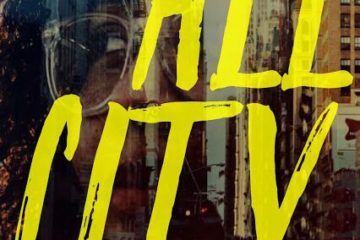