Welcome to our collection of retail outlets that sell zines. If you know of a retail outlet that sells zines and other self-publications that should be on our list, email [email protected]

The Beguiling (Toronto) – One of Toronto’s best known and beloved comic retailer located in the city’s Mirvish Village. (Facebook)

Black Squirrel (Ottawa) – A bookstore and bar that specializes in used books. (Facebook)

Books & Company (Picton) – On Main St. in Picton, a place to wander around and find a few treasures. (Facebook)

A Different Drummer Books (Burlington) – A community bookstore around for more than 45 years. (Facebook)

Faith/Void (Toronto) – An independently run outlet for subculture shop for DIY and underground work. They specialize in records, cassettes, zines, and other independent publications. (Facebook)

Juniper Books (Windsor) – Ontario’s one and only “house of books.” (Facebook)

Project Space (Vancouver) – A non-profit organization  that acts as a small publisher, bookseller, and is host to the Vancouver Art/Book Fair. (Facebook)

Regional Assembly of Text (Vancouver; Victoria) – A small stationary and gift shop that has two locations in Vancouver and Victoria, BC. It is also home to the lowercase reading room. (Facebook)

Pages on Kensington (Calgary) – An old, independent bookstore located in the heart of Kensington. (Facebook)

Poor Michael’s Emporium (Onanole) – A comfortable spot where you can read, grab a coffee, listen to vinyl, and eat, all while being surrounded by local artists. (Facebook)

NovelTea Bookstore (Truro) – Located in the heart of downtown Truro, a place for coffee, books, and art. (Facebook)

Mac’s Fireweed Books (Whitehorse) – Houses a selection of books, magazines, puzzles, and newspapers from all over the world. (Facebook)

Oregon
Powell’s Books (Portland) – Established in 1971 with three locations in Portland and one in Beaverton, Powell’s Books buys and sells new and used books. (Facebook)

Pennsylvania
The Big Idea Bookstore (Pittsburgh) – A collaborative bookstore and café since 2001 that specializes in feminists, multicultural, and LGBT+ works. (Facebook)

France
Le Monte-en-l’air (Paris) – A bookstore, art gallery, and café all in one place located in Paris, France. (Facebook)

Supalife Kiosk (Berlin) – A store and gallery that acts as a community centre for local independent artist. (Facebook) 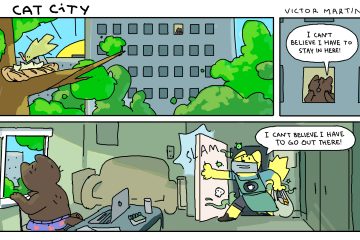 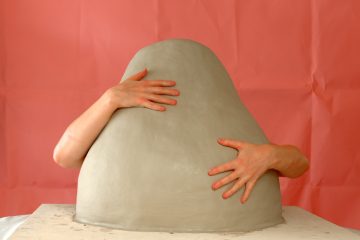 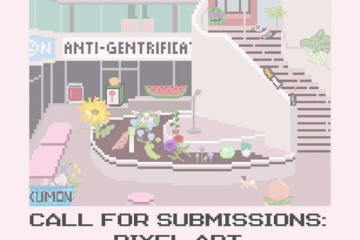 Calls for Submissions: magazine for BIPOC artists, publication for young creatives, and more!