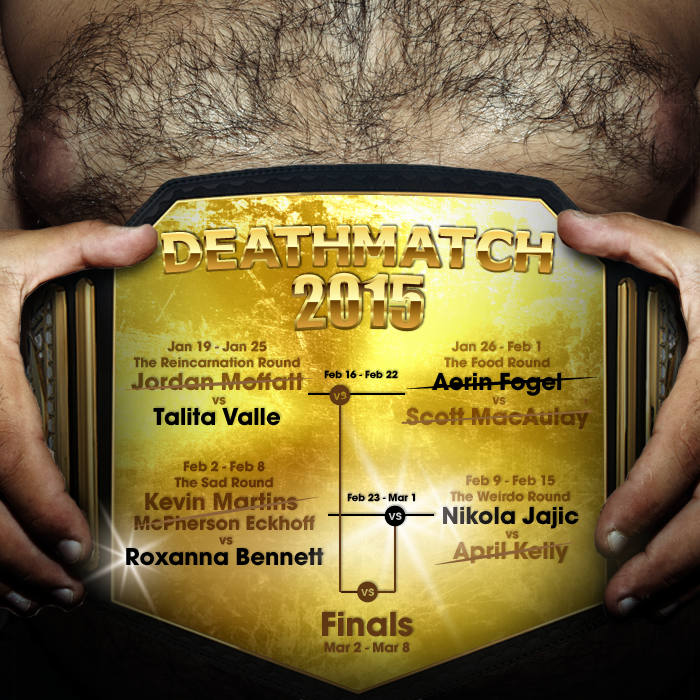 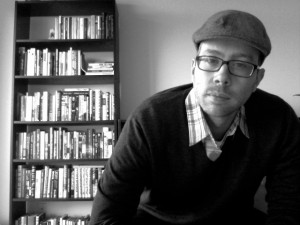 R. Daniel Lester reads, writes and lives in Vancouver, BC, aka Terminal City. Over the last 15 years, as a keen apprentice in the story trade, he’s consumed a lot of coffee (a mandatory requirement, according to the manual), written himself into and out of countless corners, added many words to blank pages (including “The Janitor Cometh,” a semi-finalist in last year’s Deathmatch), released a novel, Die, Famous! and made tens of dollars along the way. Most recently, his short story, “Some Say the World Will End in Fire,” was published in the Winter 2015 issue of Pulp Literature.

Step One: Read the stories.
Step Two: Vote for your favourite. Repeatedly. You can vote once every hour.
Step Three: Sound off in the comments.
Step Four: Blog, tweet, tell all your friends – help your favourite author win!
Step Five: Repeat until an Ultimate Winner is declared and all others lie bleeding in the dust.

Click here for Deathmatch rules and regulations and for links to all the people and presses that have generously donated awesome prizes for our winner and runners-up. VOTE AND COMMENT BELOW! By commenting you agree to be signed up for Broken Pencil’s newsletter. You can unsubscribe at any time.