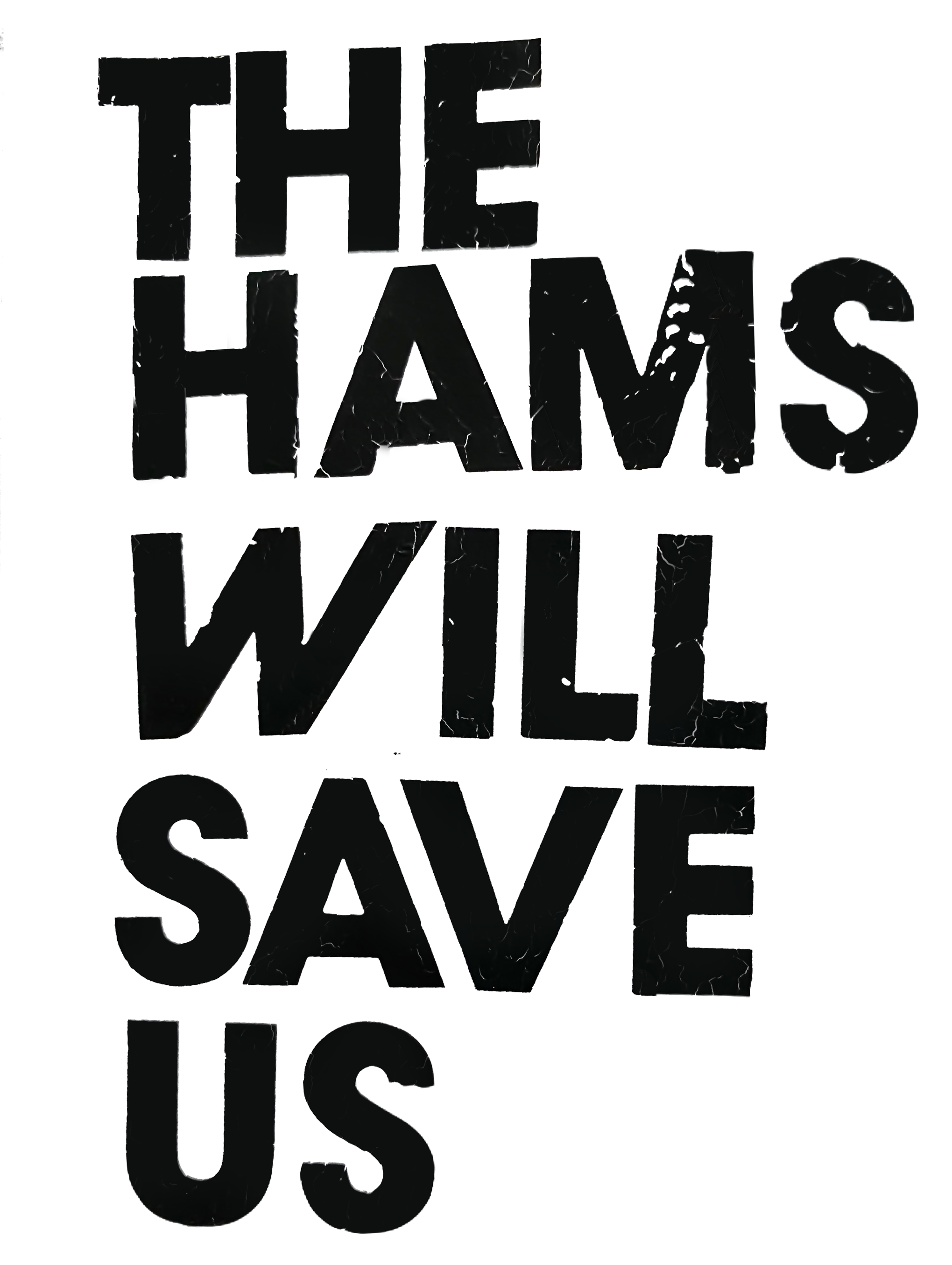 THE HAMS WILL SAVE US

We continue our series of features advocating for a political practice of analog liberation in the digital utopia. This excerpt is from the zine For an Anarchist Radio Relay League, which made waves in December. Now is the time to tune in to radical frequencies.

The sole remaining value of amateur radio for the government of the so-called “United States of America” is the fact that amateur radio operators, or “hams,” could provide vital communication services in the event of an emergency. If the Internet and phone systems were to go down because of war, domestic anti-government forces, or a natural disaster, amateur radio stations would still work. They don’t rely on a centralized infrastructure to operate.

We are in a moment when the United States government is fighting tooth and nail for the preservation of its own legitimacy it is simultaneously eviscerating community services through privatization. So it is as important for the anti-authoritarian working class to learn about the science and art of radio communication as it is to learn how to grow food and shoot straight.

In October of 2020, FCC chairman Ajit Pai ordered amateur access to the 3.5GHz band to be “sunset” so that the frequency space can be sold to private companies who want to expand the new 5G mobile network. While this alone isn’t yet disastrous, it’s another example of public property being sold to the highest bidder, who will in tern resell it to an elite few. Think of it this way: much like earth, air, and water, radio waves are governed by the laws of physics. We can’t just create more of it. Amateur radio is a commons, one that should be used and defended lest we lose it altogether.

Canadian and American regulations are virtually the same with regards to what is permitted on the ham bands. You can’t curse, you can’t transmit music, you have to identify yourself in English (French is also permitted in Canada) and you can’t use secret codes or ciphers. Now all of that is total white supremacist, Puritan, Eurocentric surveillance horseshit in my opinion, but hey, them’s the rules. Amateur bands, while not self-regulated, are largely self-policing, with common rules and conventions, including various rules of etiquette regarding conversation and use of the bands.

Amateur radio is cheaper than ever. So why bother getting licensed? Why not be a pirate on the airwaves broadcasting your radical anarchist propaganda from a rooftop with a $25 Baofeng radio? First of all, broadcast radio isn’t the same thing as ham radio and it’s not really what we’re talking about here. There’s more to radio, tactically speaking, than a cheap handheld radio such as the ubiquitous Baofeng can provide. Learning requires doing. And doing requires participating in a community structure which already exists, and learning from those community members about how to do what you want to do as well as learning and training with your affinity group. An elder or mentor ham radio operator is often called an “Elmer”. While your politics may not align with those of the Old White Dudes who probably make up the vast majority of the voices on your local repeaters, you can learn from them about radio communications. 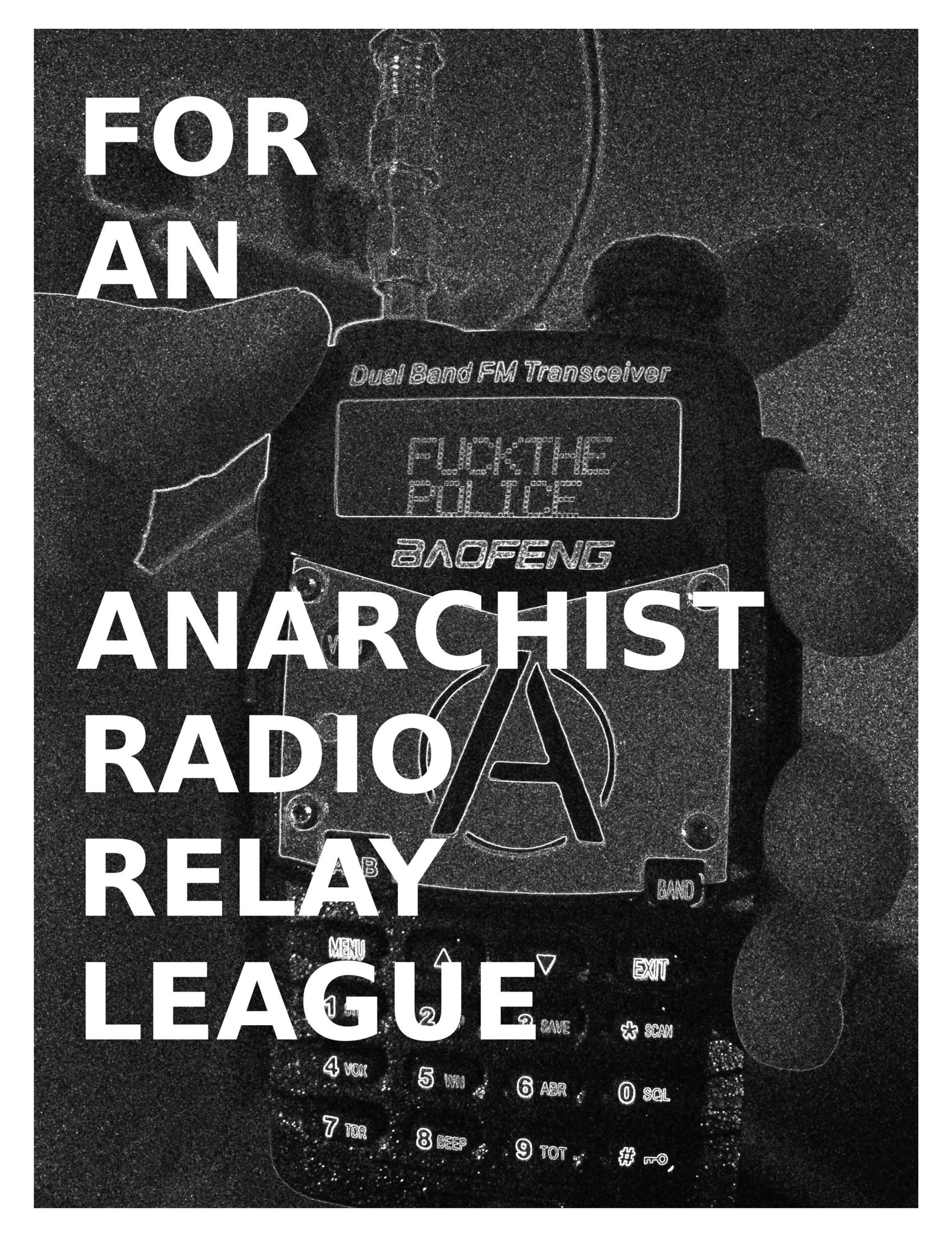 There is a wealth of knowledge and information held within the minds of these reactionary bastards that no amount of Googling may ever provide you. You can do a lot on your own, but there’s no replacement for mentor. Some of them are genuinely nice people, too.

There are many things one can do with ham radio, and different aspects hams can focus on:

Aside from simply being cool as hell, these are long-distance communication systems that are decentralized and resilient. And they might just be our secret weapon.

In 2020 alone the governments of Bangladesh, Belarus, the Democratic Republic of Congo, Egypt, India, Indonesia, Iran, Iraq, Sudan, Myanmar, and Zimbabwe have all shut down or restricted Internet access within their borders at some point. American police shut down cell towers in areas of protest and rebellion in Portland this year, as they did during Occupy. They will try to take our comms if we don’t take them ourselves.

In the United States and Canada, it is illegal for amateurs to “transmit messages encoded to conceal their meaning.” Of course, this only is applied to anyone who doesn’t run large tech corporations. C’est la vie under Capitalism.

It is possible to use digital modes to effectively encrypt your transmissions, but it depends on your threat model.

At least in the so-called United States, amateur radio bands have been popular with “preppers” and Right-wing reactionaries for decades. Despite the fact that everything they say is sent in the clear for anyone to hear, some of these chuds think it’s tactically safe and often say some crazy, racist stuff.

Also, the FCC amateur license database is publicly accessible with legal names and addresses. Use a PO Box address to register if you yourself get a license, but you can potentially gather important information about others just listening to radio waves in your area.

If you only want to listen, I would recommend finding these two items: An RTL-SDR, or any other“Software Defined Radio.” These are USB devices that you plug into your computer and tune to try out frequencies. Or, a Baofeng UV-5R or any other VHF-UHF transceiver. With these, See repeaterbook.com to find repeaters local to your area, and CHIRP software will help you tune in.

Keep in mind that it is illegal to transmit on the amateur bands without a license. Keep a low profile and keep your wits about you. There are lots of rules about equipment, licensing, and content. The takeaway is this: don’t be irresponsible. Know the risks, don’t get caught.

If you have read this far, it’s probably up to you to
do these things. Just like healthcare, education, cooking, running, fighting, and reading Das Kapital, there are things that a lot of people just can’t do. So we rely on others to support us by doing those things, and in turn we support them by doing the things we can do. That’s called mutual aid or “being a human.”

Radio is a deep topic with a lot of jargon and concepts that some people will simply never have the time, inclination, or aptitude to learn and understand. If you do, be a good comrade and be there for those people.

This excerpt has been condensed. The full text and future editions can be found at anarchistrrl.blackblogs.org.