Here are our picks of the top 9 indie books of this winter! 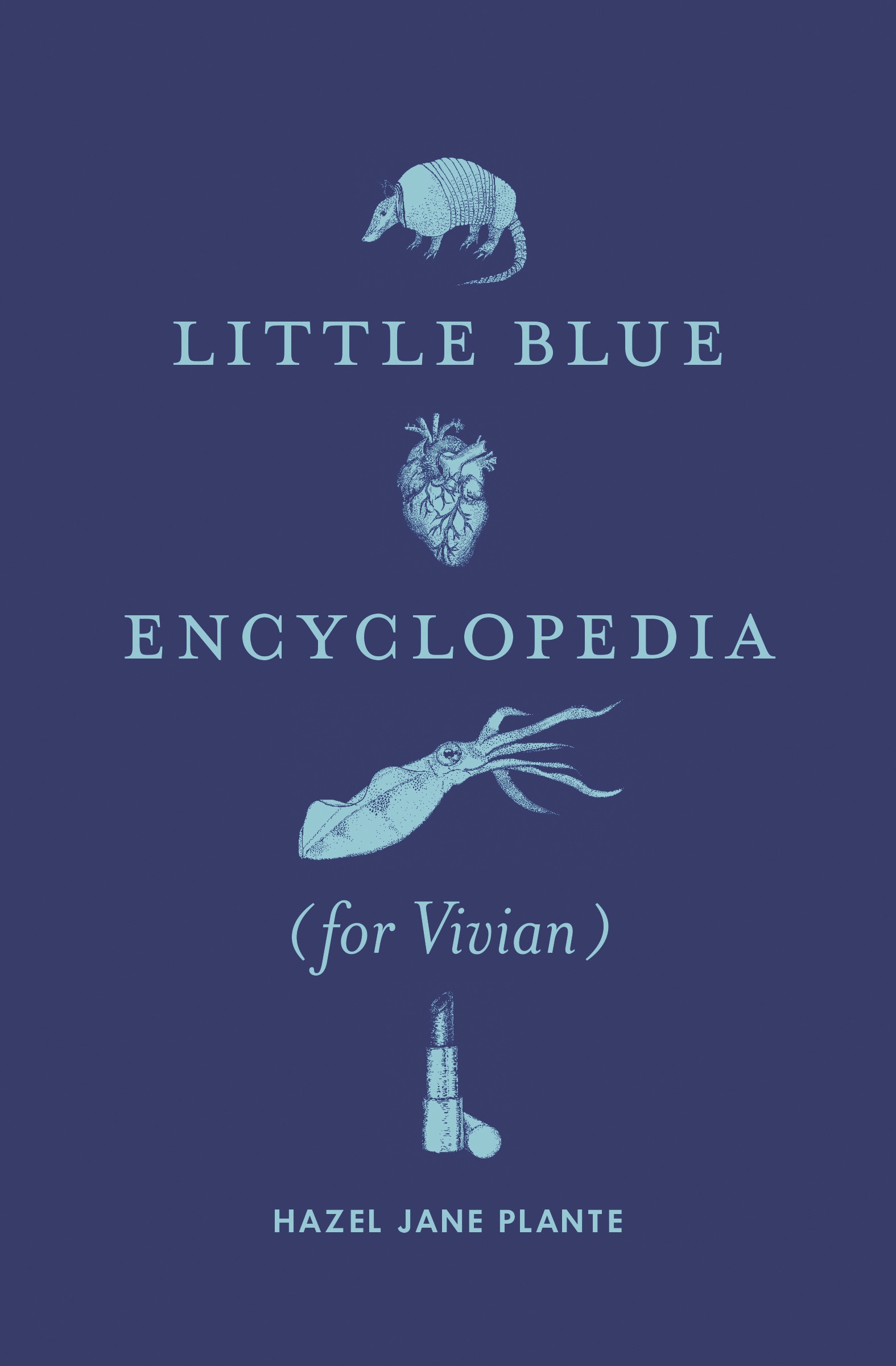 There may not be one right way to grieve, but reading Hazel Jane Plante’s debut will probably help. In an emotional and authentic love letter, a queer trans woman talks about her grief and unrequited love for her deceased straight trans friend. Authenticity is what makes Little Blue Encyclopedia (for Vivian) radiant — authenticity in form and authenticity in Plante’s intimate portrayal of loss. Grief is not neatly wrapped up in simplified feelings of sadness. It’s met with joy and desire, honouring just how complex and seemingly contradictory our feelings can be. Plante plays with form in a way that, on paper, sounds like it shouldn’t work: slicing together reality with encyclopedia entries about a fictional TV show set on a deserted island. But it does! Why? Because when we’re mourning, we find healing and solace in unexpected places. Be it a TV show, butt toys or karaoke. And to expect mourning to look one way is a disservice to ourselves. 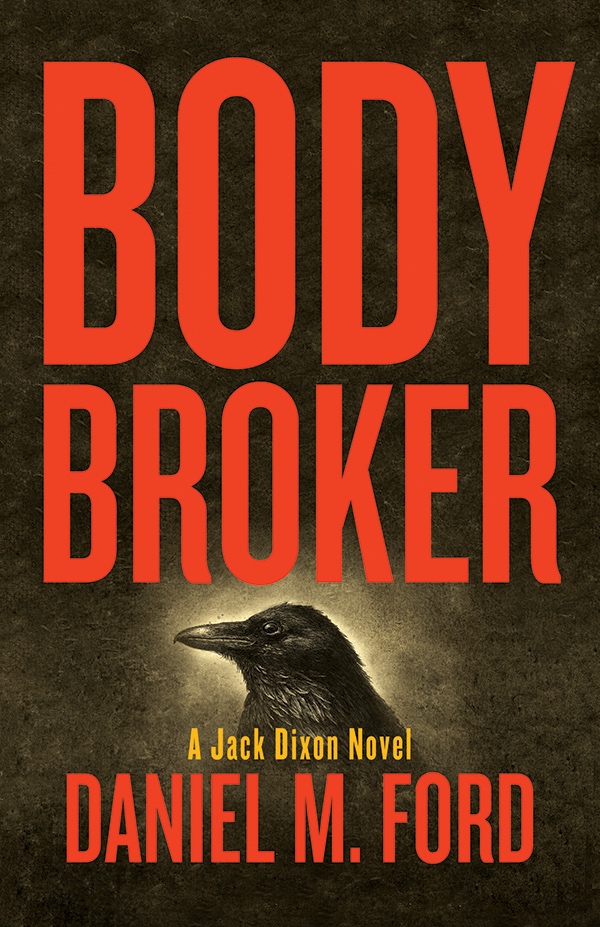 If you haven’t guessed from our amazing noir feature some issues back, we here at BP love a good PI tale — especially if it’s from a great indie press like the Santa Fe Writers Project and hits the sweet spot by upgrading the genre without undermining it. Yes, you have the classic antisocial PI living on his boat and surviving on a blend of booze and almond butter. Wait, almond butter? That’s right. This hardboiled wreck of a man dislikes cars, pays his trainer/makeshift MD by promising to make her and her girlfriend beef Wellington, and doesn’t carry a gun. PI Jack Dixon’s unique blend of the new age, angry and the caring-despite-himself is what drives this fun tale of a missing private school teen, Nordic bikers, and double-crossing dames. 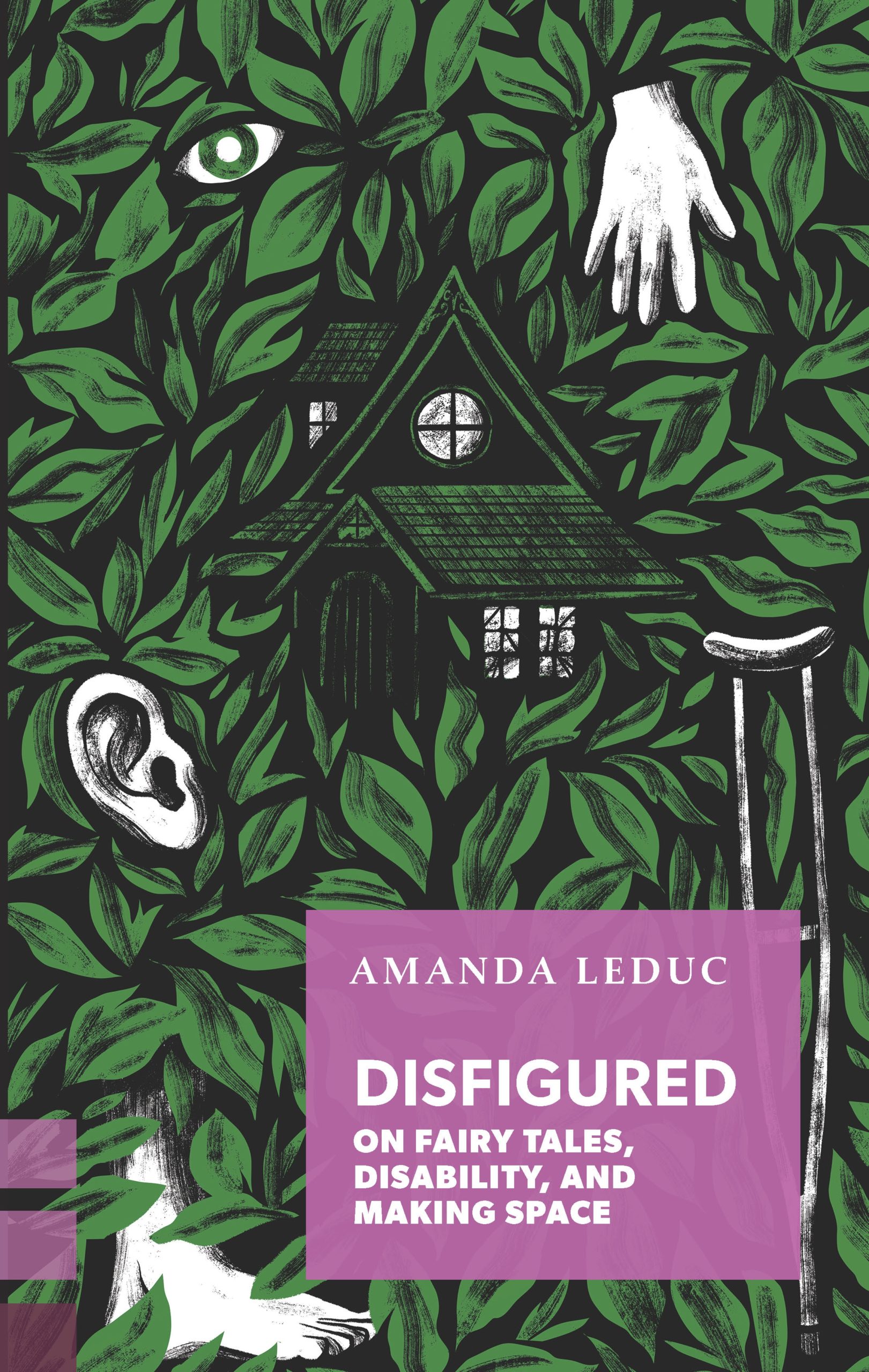 Women spinning straw into gold, houses made of gingerbread, frogs turning into princes — the earliest stories our little baby ears hear require us to suspend our disbelief. The point isn’t to be factual; it’s to teach us something about morality — how good people supposedly behave, and how bad people supposedly deserve to be punished. But why is it that we can so easily believe in mermaids, but the thought of a hero (not a villain) with a disabled or divergent body feels so radical? What kind of lesson are we teaching if the only time we see disabled bodies in stories is when they’re cast as villains or characters of little consequence? Amanda Leduc tackles the unapologetic ableism of fairy tales head-on in Disfigured, dissecting the stories we tell ourselves and how they’ve shaped our expectations of disability. She powerfully weaves in her own personal experience with mild cerebral palsy and spastic hemiplegia, grounding her ruminations in real life and bodies. It’s making space in a way that perhaps we hadn’t considered, showing us “new ways to celebrate the magic of all bodies.”

READ OUR Q+A WITH AMANDA! 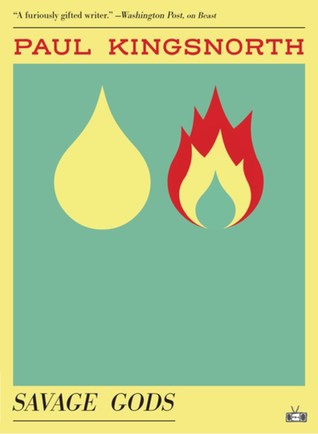 When Paul Kingsnorth writes a book, we at BP pay attention. Novelist, essayist, ecologist and philosopher, and part of the group that started the Dark Mountain project exploring our collective grief at the collapse of nature, he’s quite possibly the premiere independent writer out there — someone working totally outside the mainstream, both in terms of his publishing practice and his content. In this memoir and long personal essay, Kingsnorth describes his move to Ireland with his partner and child. He does so ostensibly because he wants to settle down on the kind of land he could never afford in his native England. But when he gets there, he realizes something else, “I was getting complacent,” he writes. “I was starting to enjoy myself. I had friends and hobbies and a hometown I liked and this was intolerable. I could see myself getting fat and cozy and staying in the same place forever and this vision filled me with horror.” What follows in the subsequent 140 pages is a rumination on restlessness, on isolation, on the increasingly solitary nature of the human condition, which the writer is uniquely able to understand. Loneliness pervades, even as there are more of us than ever before. Kingsnorth asks and tries to answer the question, What does it mean to belong? In the process, he realizes that nobody belongs anymore. Thinking about the ramifications of this truth, and of our desperate need to make meaning out of the increasing nothingness of the now, he rages against the machine, against the dying of the light, “Words are savage gods,” he warns. “In the end, however, well you serve them, they will eat you alive.” But by the end of the book, he pulls back. There can still be beauty. There can still be words: “At midsummer in the west of Ireland, the sky is never really dark. Night doesn’t fall until nearly midnight and dawn takes hours to spread across the wide sky. Whenever you wake, it is light.” 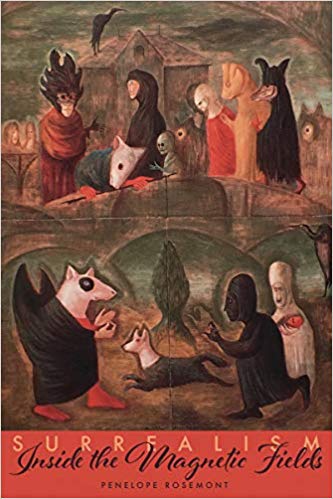 In part, this is a memoir of the now 77-year-old American writer and artist Penelope Rosemont’s encounters with the giants of surrealism and how those encounters shaped her. But it’s also a book of wonderful mini-essays describing and paying tribute to a whole host of largely forgotten, fascinating figures — underground artists, publishers and public dissenters who set the stage for waves of cultural production dedicated, to paraphrase Andre Breton, to hunting down the mad beast of conventionality. In these pages you will meet, for instance, Canadian trailblazing surrealist painter Mimi Parent, a flamboyant expatriate relocated to Paris where she spent her days scorning art world greed and making works like this one, described by Rosemont: “Another painting, aglow with four different kinds of radiance, portrays a gray sky filled by a gray eagle whose talons reach through the very walls of the Bastille to clutch two frilly female dolls.” Vivid arts writing that makes you yearn to see the work, combined with an insistence that Surrealism and its many spinoffs may still yet lead to the “transformation of everyday life.” In this book, Rosemont reaffirms the revolutionary potential and enduring practice of the non-hierarchical arts. 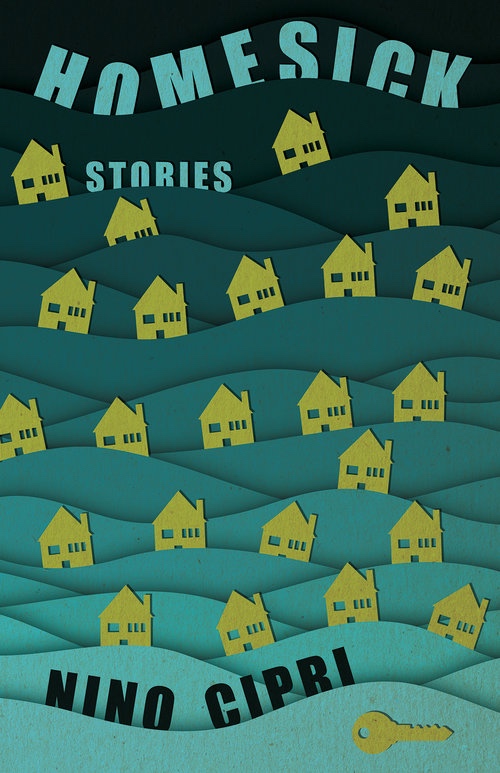 Emerging Kansas-based writer and self-described weirdo mixes monsters, zombies, Super Little Dead Girls and poltergeists with screenplay, lists and good old-fashioned storytelling. The result: an excellent and entertaining collection, winner of the annual Dzanc Books Short Story Collection Prize. Messing with the format keeps things lively, but what really stands out in this first collection is the way Cipri approaches their characters’ quandaries. Take Jeremy, from the first story in the book. Failing out of art school, near broke and haunted by the literal ghost in his closet, he’s also in love with the gender-fluid badass Merion. Somehow, Cipri makes all this work, turning the potentially florid and over-obvious into a gentle, funny story of two people who don’t, and probably never will, fit into the conventions of society, finding each other, if only for a moment. Also, shout-out to Cipri’s snappy dialogue and devotion to offbeat rhetorical questions — “Do you think zombies can go through revolving doors?”

Throughout the 1970s and 1980s, tens of thousands of children were adopted internationally from South Korea. When New Zealand-based cartoonist and designer Lisa Wool-Rim Sjöblom begins to dig into the history of these adoptions and her own, she discovers a maze of bureaucracies more inclined to obfuscate than to assist. In this graphic memoir, Lisa searches for the truth about her adoption — how did she end up in homogenous Sweden, loved by her parents but dogged by feelings of alienation and dislocation? Who gave her up, when, and why? After years of research and overseas requests, Sjöblom finally discovers answers. With her own young children and supportive partner in tow, she travels to South Korea to grapple with what she has learned. The impending revelations are heartbreaking. Beautifully drawn and expertly paced, this book powerfully explores the seismic fissures that underpin international adoption. 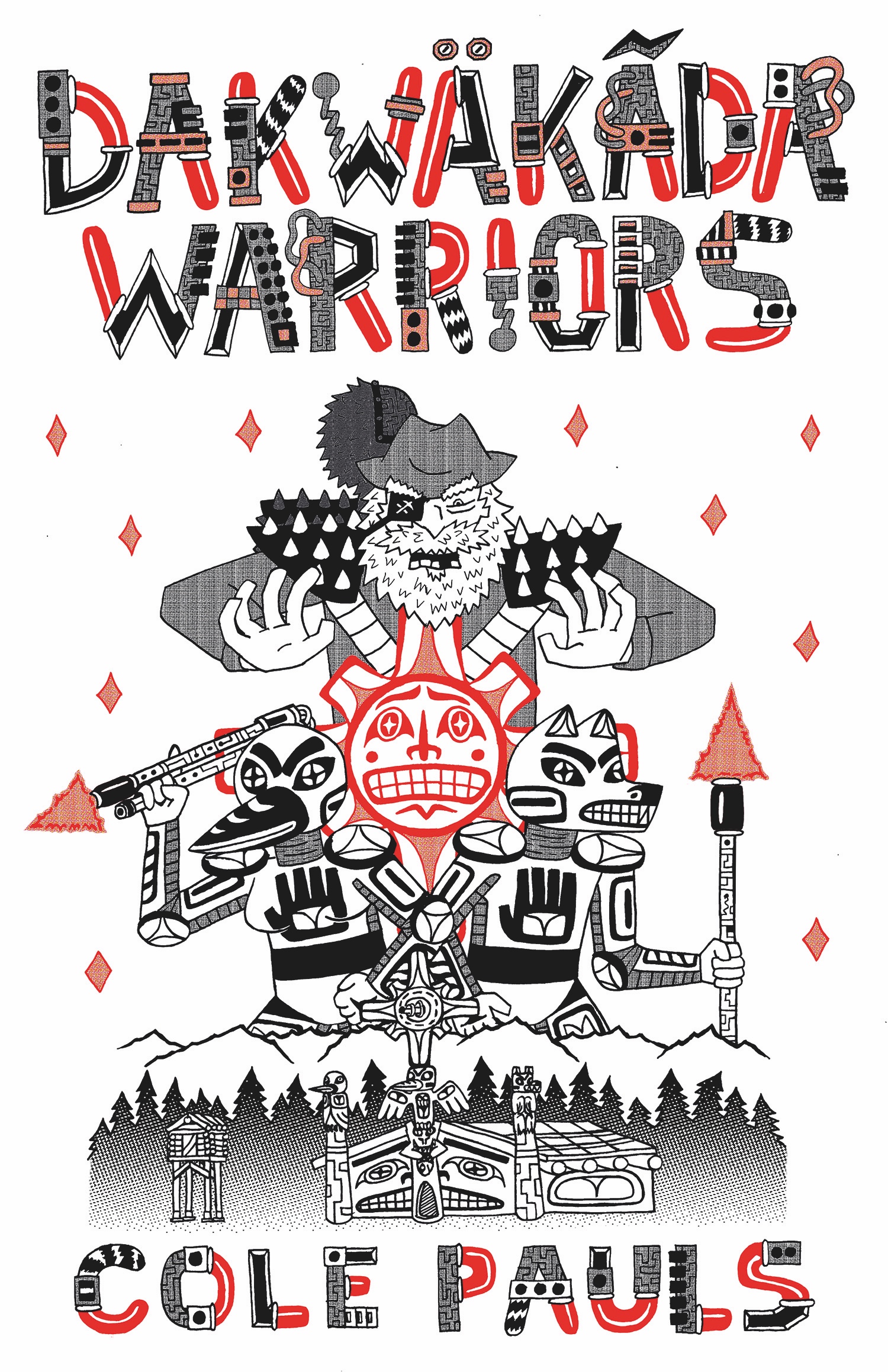 Cole Pauls is on a roll. Hot off a busy year of workshops and featured spots at book, zine, and comic shows alike, Pauls and Dakwäkãda Warriors II won the 2017 Broken Pencil Zine Awards’ highest honour. Now, the Vancouver-based cartoonist’s decolonial space adventure is finally available in his first full-fledged book release from Conundrum Press. Together, the graphic trilogy reads like a full-blown epic unlike any other. Pauls spins a tale of Indigenous resistance that serves as both an introduction to colonialism and a rock socking sci-fi western, all rendered in a style that boldly blends the best of contemporary punk comics with traditional motifs. Pauls famously worked with two language preservers from his hometown of (Dakwäkäda) Haines Junction, Yukon, to make the book bilingual, partially written in the ancestral tongue of Southern Tutchone. This collected edition comes complete with a revised glossary, a behind the scenes look at Pauls’ process and guest illustrations from a host of Indigenous cartoonists and artists. Miss this book, and you’re missing history.