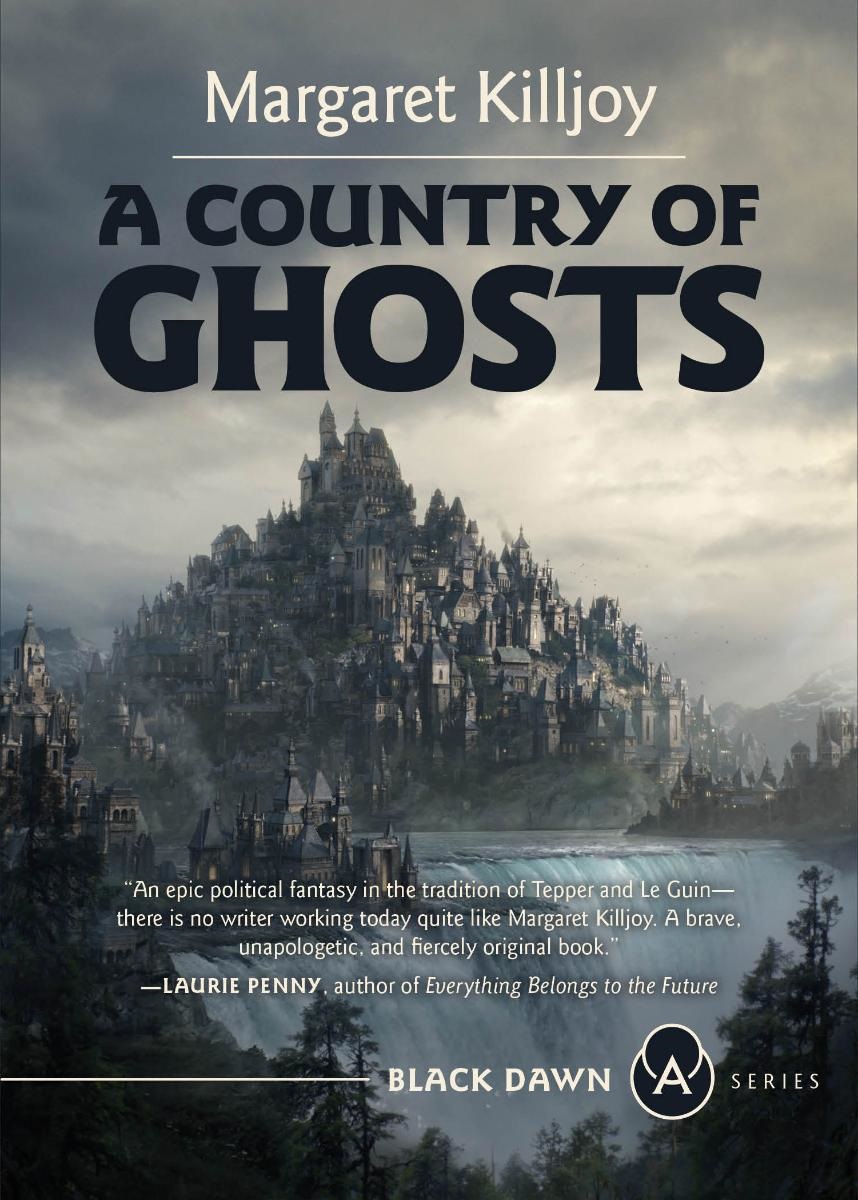 A Country of Ghosts

Anarchism is, by my definition at least, a political stance that opposes government, authority, and domination of all kinds. It often proposes an alternative way of organizing society vis a vis voluntary cooperation rather than capital and hierarchy.

Sounds nice, right? However, all anarchists have experienced the inevitable stream of questions that anarchy can elicit in others. How will things get done? What about theft, crime, and bad people? Where will my iPhone and psychiatric medications come from? Many anarchists are happy to respond to any said line of inquiry — enthusiastically, since these are topics anarchists discuss frequently. The askers usually lose interest quickly or identify some tricky social issue to prove it would never work and move on. As a group of people known for reading and writing prolifically (and holding deep principles), not having a concise or relatable road map in these moments can be frustrating.

Enter A Country of Ghosts. Released in a new edition by AK Press after an initial short run in 2014, the book is both a rollicking, archetypal fantasy-adventure novel and a nuanced guide book to thinking about practical anarchism. Margaret Killjoy puts the reader in the shoes of Dimos Horacki, a young reporter from a place called Borol who must embed with the Imperial Army on their expansion quest. Forced to surrender within a few days of arriving, Dimos betrays the empire and takes up with some of its opponents, a wandering cohort of defectors and Indigenous fighters whose ways seem unfathomable to the young writer. Seemingly without hierarchy, rules, government, or money, the First Company of the Mountain Heather are—you guessed it—anarchists.

Bit by bit, the crew reveals their world to Dimos and, by proxy, to the reader. Both are invited to imagine how, exactly, such a society might work. As an example, we see a lush but amorphous society that has anarchist protocols for decision-making, resource sharing, complex medical or military technologies, justice, libraries, cafés, music and agriculture, and everything else, connecting through decentralized networks of mutual exchange. There are admittedly no iPhones in sight, but Killjoy’s fable offers skeptics many answers as the plot thickens and war appears inevitable.

Killjoy is a prolific and renowned writer, podcaster, musician, and overall anarchist mind based in the Appalachian mountains, and she does not disappoint. The writing is accessible and relatable, with just enough of the haughty flair required of fantasy narration. The plot is fun and well-paced. Whether you’re a seasoned anarchist who’s almost given up on explaining these ideas to others, or someone merely curious about the topic, this book suits.

Here, freedom is understood as a relationship between people, complete with the responsibility that entails. Feels pretty close to home these days.