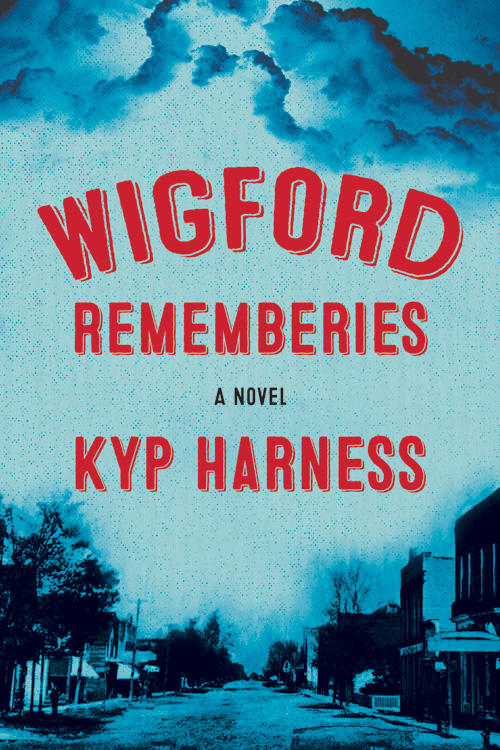 It’s difficult to read Kyp Harness’s debut novel without hearing the distinct echoes of Stephen Leacock’s now classic Sunshine Sketches of a Little Town. Though separated by a century, each novel mingles about through the ins and outs of farm-town interactions and short-lived single situations.

Neither Sunshine Sketches or Wigford Rememberies is structured with a typical narrative arc, either—the authors seem little concerned with what their characters do, per say, but rather who they are, and angle their narration to lay bare a way of life rather than a set sequence of events. While Leacock’s assessment of small-town social politics reveals something absurd and lovable, however, Harness’s century-later reconsideration argues in favour of something a little more daunting: “coffee-wired travellers flick between stations nervously, red and white streaks of light under overpasses, on ramps and turnoffs . . . as if no one ever lived or died [in Wigford], and if they did, who cares?” Harness’s Wigford is as hopeless, stationary, and isolated as the people living within it.

This narrative amounts to a flight of character studies: a husband in scene one might be introduced in passing, only to return without fanfare for a second glance later on. More often, a worried wife or dirty child is given a sketch of her own, only to fade into the woodwork and never reappear. The only string which runs through all these individual narratives the Wigford state of mind—a quiet, looming hollow that forces a man to “[trudge] through his days in a force field of inexplicable anger, as he bears no exceptional scar nor tragedy to speak of, merely that his lot chafes him, merely that he is obstinate and disagreeable because life strikes him as such.” It takes an artist to craft such beautifully readable nihilism; Wigford Rememberies is an excellent novel. (Joel W. Vaughan)