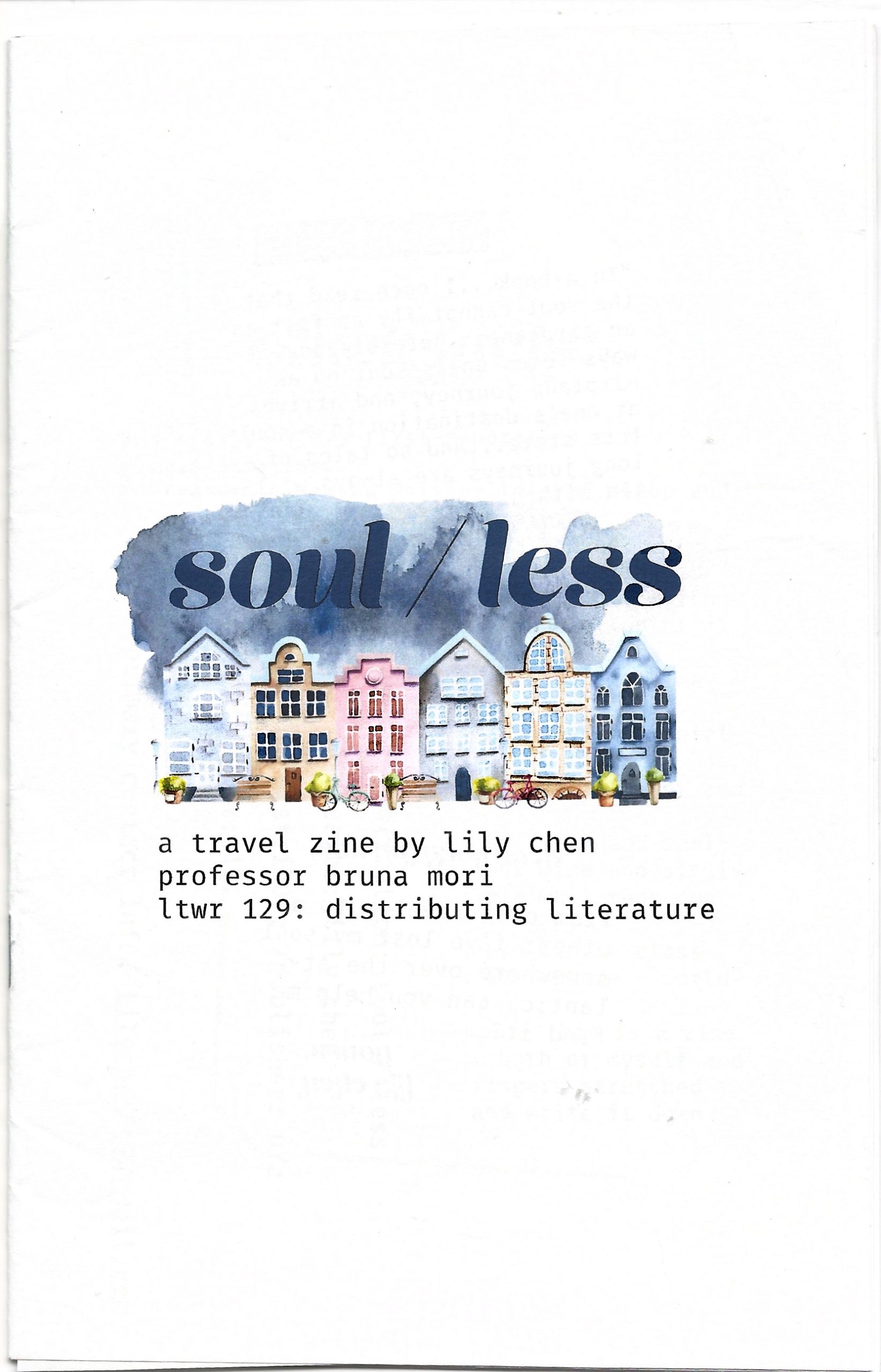 As many of our travel plans are cancelled for the foreseeable future, it was kind of refreshing to read about a young Chinese- American woman’s trip across Europe. An assignment for one of her university literary classes, Lily Chen’s short zine documents her adventures travelling with her mother through Germany and Austria.

As with many travelogues, difference becomes a recurring motif. A first generation American, Chen writes eloquently: “I will never look American. I will never be what people think American looks like, even in these modern times. I may be far removed from my ancestral land but that red thread will never be cut.” She also contrasts her mother’s upbringing and her own, their generational gap compounding cultural ones.

The zine also includes poems, short stories, and photos, taking us along on what may be first of a planned series of travel journals. Chen mentions in the epilogue that this zine is a work in progress. I would have liked to see the final project before this conclusion, where she discusses some concepts that she hasn’t yet touched upon in this early chapter. But Lily is a talented writer, and I’ll look forward to reading more of her travel adventures and the thoughts they may provoke.