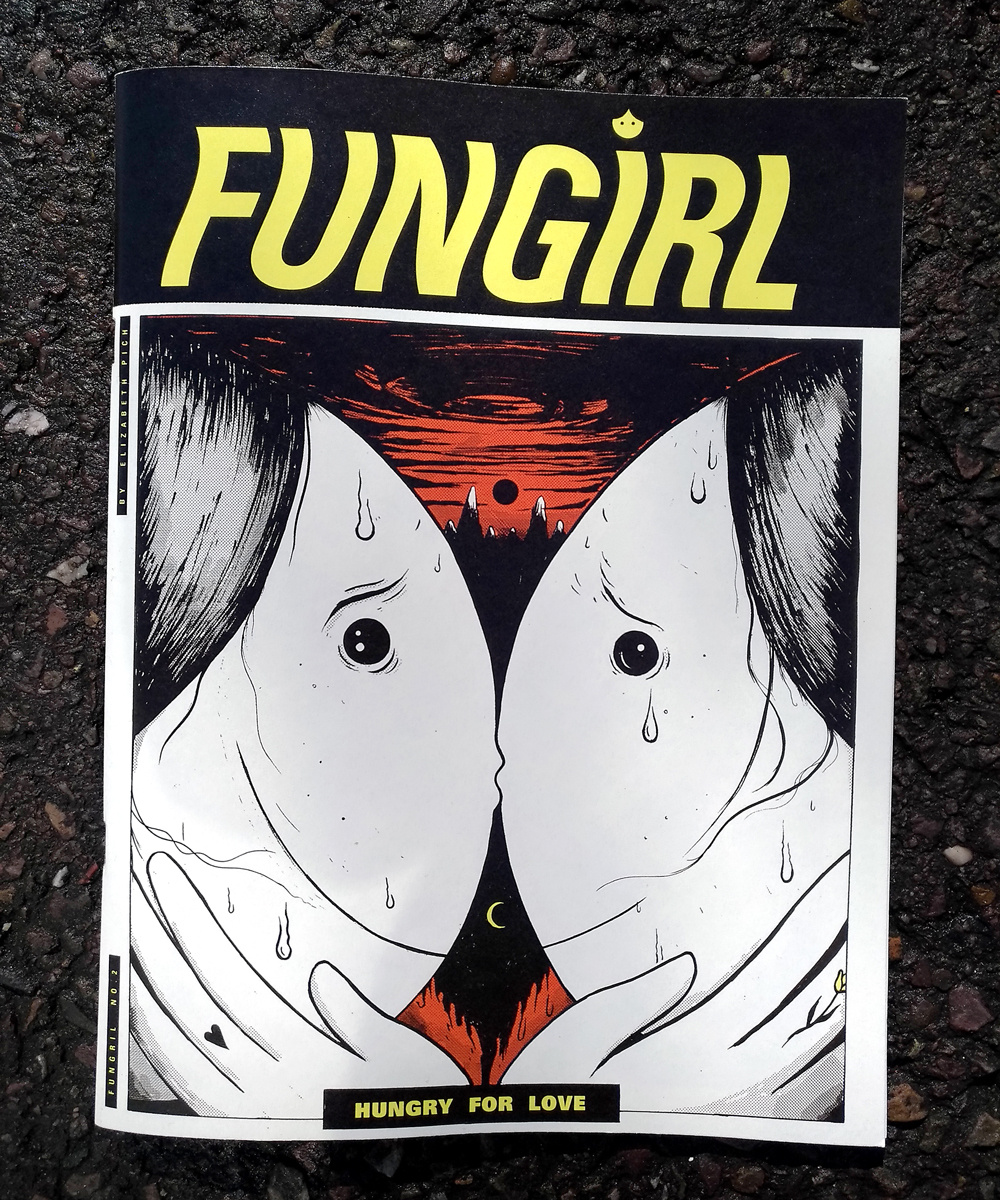 While staring at the cheese sandwich she’s rested on a public bathroom garbage can so she can do her business, our hero debates, “Maybe now I could take a bite,” before deciding “No, that’s not classy.”

Elizabeth Pich’s Fungirl: Hungry for Love features many such incredibly charming moments of silliness, set against the backdrop of a lonely grey world. The expressive illustrations ooze personality and beautifully compliment her writing style, allowing her to weave tenderness and vulnerability into situations that are rich with comedy, and occasionally dip into uncanny territory.

A particularly memorable scene involves Fungirl, the protagonist, preparing the body of a beloved child beauty pageant queen for her funeral. After accidentally lighting her hair on fire with a curling iron, she then attempts to extinguish the blaze with formaldehyde and ultimately burns the corpse to smithereens. Fungirl: Hungry for Love immediately commands your attention, and deserves it.