‘Horticultural Counterpowers #3’ gets to the root of urban gentrification 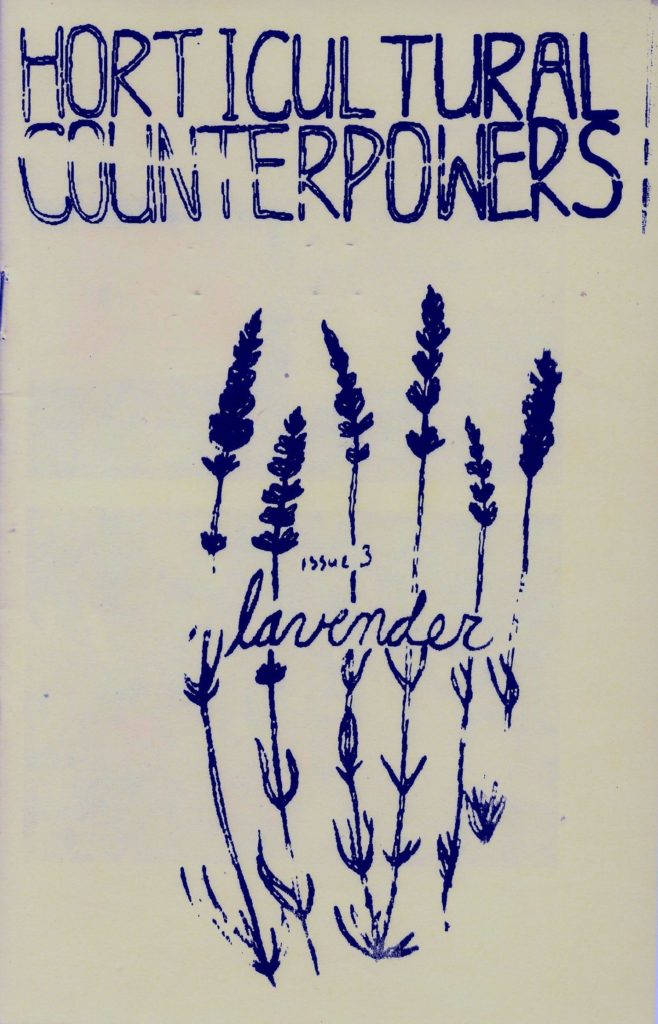 It has been two years since a previous issue was reviewed in Broken Pencil issue 79, and Horticultural Counterpowers continues to wield gardening and agricultural metaphors against urban gentrification. Within its pale yellow cover thickly printed with an image of lavender, two serious, critical essays are accompanied by several colour floral photographs by Lauren Ray from a series called “Wildflowers.”

In the main essay, Madison Mayhew uses a Marxist framework to critique the many developers and landlords who exploit renters in Vancouver, using the analogy of the container gardening technique. The keystones of gentrification and displacement — demolition, new development and “renoviction” — do seem to resemble the upshots of container gardening. That is, container gardening yields vast control to the gardener over a plant’s placement and life cycle, but at the cost of the garden’s overall health, development and productivity. Mayhew contrasts this with agriculture and housing security in Cuba, arguing that programs of the 1970s and 1980s led to more stable and sustainable conditions in urban areas there than in Vancouver.

A second, shorter essay considers how a performance by artist Rebecca Belmore brought real-life social relations to bear in the artistic sphere. By revealing tensions around Indigenous sovereignty and settler-colonial notions of land ownership, these conflicts became part of the art itself.

Clearly both essays are politically focused. They are also both extremely keen in their analysis. I think Horticultural Counterpowers is one of the smartest zines out there, but the intense analytic vibe seems to be ratcheted up more than usual. You should probably read it anyway.