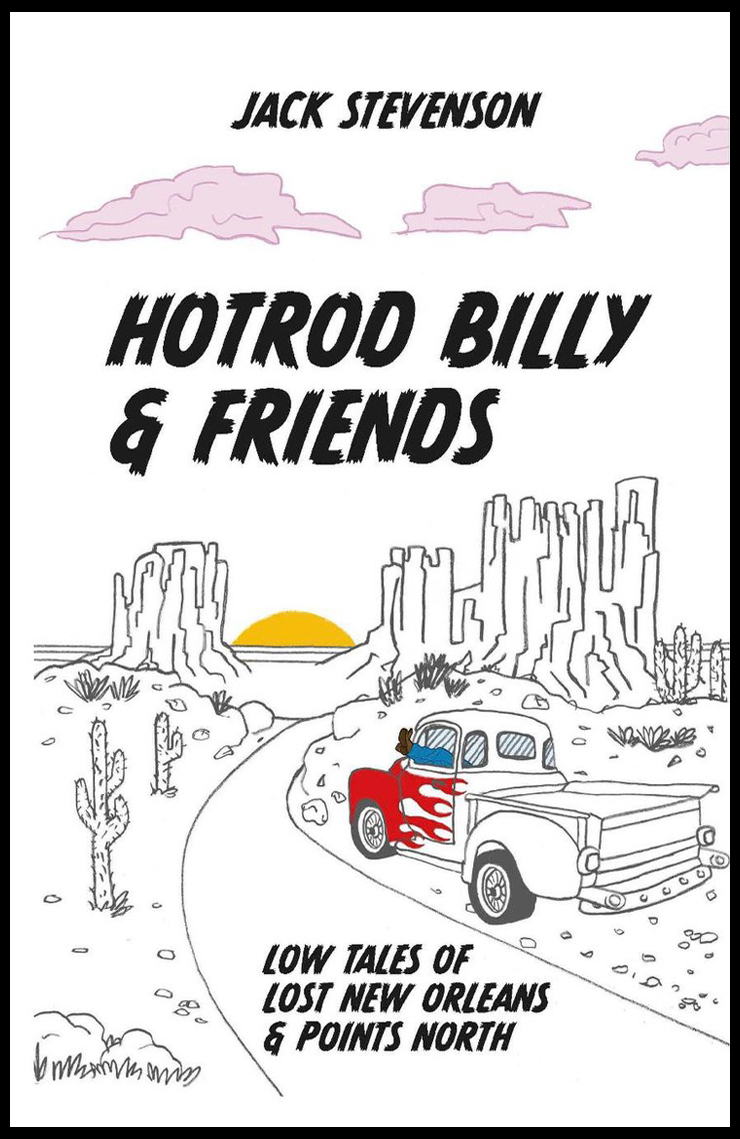 I’ll admit I’m a sucker for books like this one: a road trip through the states in the ’70s, following the day-to-day lives of several apathetic, would-be Jack Kerouacs as they drift about like tumble-weeds, refusing to stay in one place too long and never ending up anywhere? Count me in.

Hotrod Billy & Friends presents a series of everyday tales strung together by a loose concept of time and one jaded narrator. His laid-back, yet charismatic tone is a welcome guide through an otherwise centreless story featuring an endlessly rotating cast of characters. There’s the pent-up and enigmatic Chez, the eager literary tike, Paulie, and the bubblegum-popping pin-up gal, Callie — to name just a few. Together, they make up the “unofficial little cadre of restless bohemians” who we discover desperately trying to escape Elmerton, a dead-end Pennsylvania town split into the suburban West and squalid East.

At first, Stevenson’s story seemed a little pointless — I wondered how long the set-up would go on before the proverbial conflict would arise. But I was soon seduced by Stevenson’s easy pacing and lackadaisical style. The American landscape is ever-changing, yet it all stays the same; bars, strip joints, pizza parlours, and beaches fade into each other as the protagonist drifts from state to state and gig to gig. The characters have big ideas that never pan out; they’re unmotivated and mostly okay with that, and far too young to be this defeatist. The stories themselves are nothing spectacular, and to the characters, they seem like nothing more than average encounters with fellow misfits, but Stevenson’s descriptions are humourous and incredibly evocative. Hotrod Billy is a quintessential late summer read; the lazily linked tales fit perfectly with the season’s aimless, dreamy, burnt-out atmosphere. Catch this one while it’s hot.