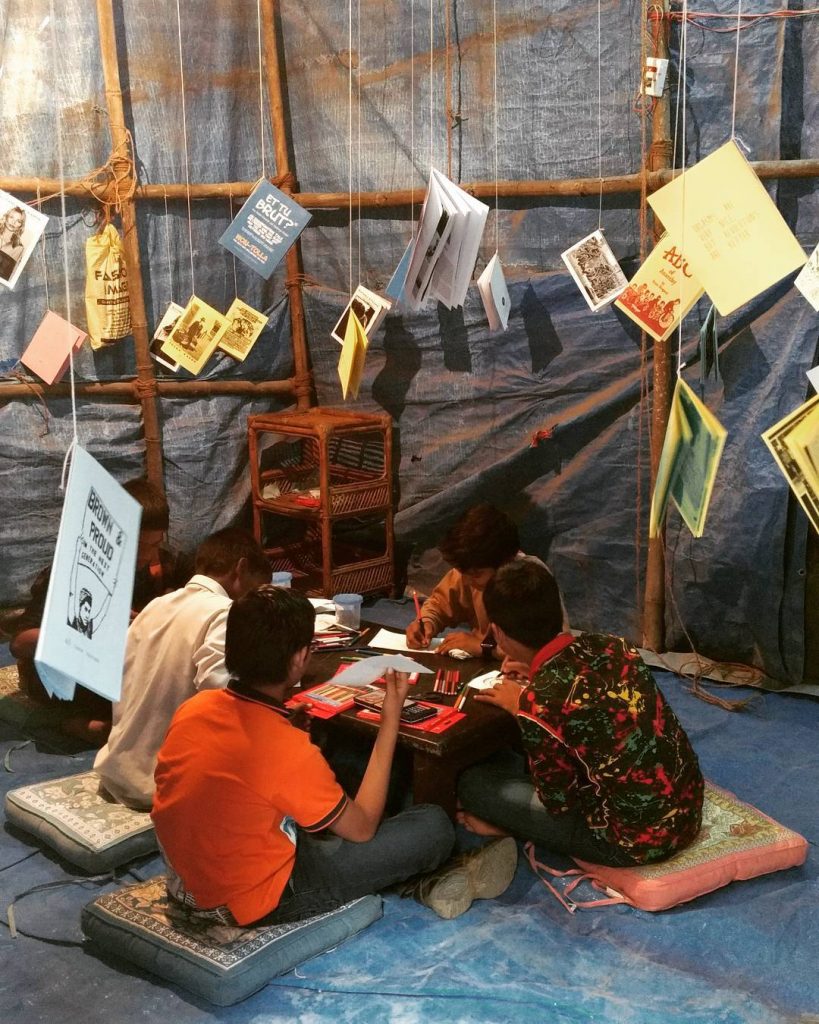 Zine culture is unique in every city, with new zine fairs emerging so quickly, and in so many cities and towns that it’s hard to keep up.

Recently, we caught wind of a new series of zine events in India thrown by a collective of artists called Bombay Underground. In January of 2017, the first ever Bombay Zine Fest was held in Mumbai (Bombay), bringing together a large volume of self published books and zines for the public for the first time ever in India.

The same organizers went on to organize a travelling exhibition of zines called “You Deserve to DIY.” They’re currently in the process of setting up a permanent zine library, and they need some help from zine makers and fans all over the world — check out their crowdfunding campaign here!  You can also find them on Facebook and Instagram, at Bombay Underground and Dharavi Art Room.

We caught up with organizers Himanshu and Aqui over email about zine culture in India and the experience of organizing such a festival.

Zines have a long history in many parts of the world – what is the zine culture like in Mumbai, and how long has it existed?

Aqui : There is a rich history of self publishing in India. Various social justice movements often make easily distributable small publications. Annihilation of Caste by B.R. Ambedkar was one such books, which has now become an extremely important book about caste politics in India.

While there are various artists and designers making art books, which they sometimes even call zines, I think the first people in Bombay to actually make zines and hustle them in the streets was Bombay Underground.

Himanshu: We have not really had a ‘zine culture,’ but there have always been small scale printing presses. A lot of material coming out of these has always been more towards grassroots movements, that is how even I had my first introduction to making booklets and self-publishing,

But in the past few years a lot of these spaces have closed down. The city on a whole is changing, and the stance of the grassroots movements has mellowed down, so there is less and less independent, hard-hitting pieces coming out any more. On the other hand there is an influx of design-school people making design books, and needing to call them zines as it sounds cool — but these come from only a certain upper class, and lack the possibilities of a really wide range of material existing. Through the fest and the zine library, we hope to open up this whole discourse once again, and maybe induce possible collaborations as well as more participation by all kinds of people. 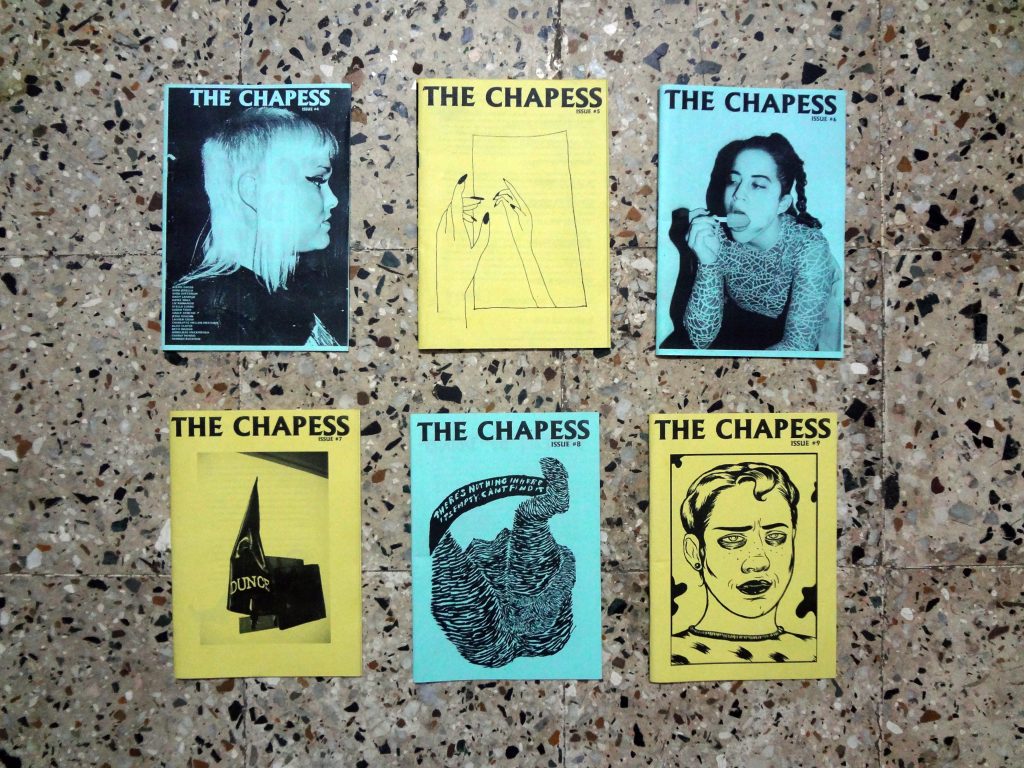 zinesters from around the world sent work to Bombay,
including The Chapess from the UK

Why are zines important to you?

Aqui: First, they are super easy to make, and it is fun to make them. Second, one can barter them for more zines, or sell them for some money. Third, and the most important, they break the epistemological hierarchy.

Himanshu: Coming from a single parent, low income family background, zines became a super awesome medium to be able to make something, make multiples of it, and spread it to many others. In the process, I made friends with similar minded people, finding solidarity. I’m now always able to communicate what otherwise would just remain inside me, and share it with others like me with whom I know work.

People use zines for so many reasons, whether to make political commentary, experiment with the art form of the book, print comics and art, share personal stories or skills. How are people in India using zines?

Aqui: Various social justice movements still use the center staple zine format to share their ideology and/or their documentation of the injustices faced by them. We at Bombay Underground experiment with our personal stories as well as our world views when making our zines. Himanshu has one zine with beautiful water colour paintings, while other zines of his are mini, fit-in-the-pocket centre stapled and simple, minimal text.My works range from talking about public spaces, to menstruation, to food. so we experiment with all kind of things.

Himanshu: As I was telling earlier, there have been the older, small scale printing presses that have always put out radical grassroots material, but are now slowly shutting down, and then there are the design school wallahs of today that are making more sleek and finished  pieces, but missing the range of voices that should be represented in a varied country like India especially with unrest in almost all different parts

I almost feel, if in today’s here, one is to put out anything direct and personal, it will end up being counter-culture and anti-mainstream. 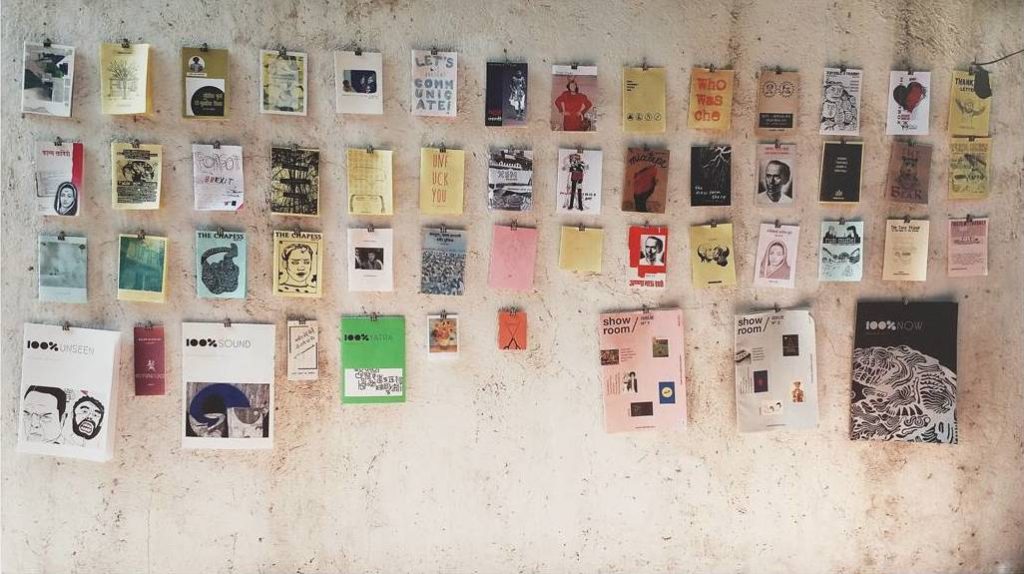 You organized the first Bombay Zine Fest this year. Is “You Deserve to DIY” the same idea? How did these events go and how were they received?

Aqui: BZF is very dear to our heart because we had absolutely no sponsors or funders for the two-day event but we really wanted share alternative non-mainstream writing with people, close to 600 people turned up for the event it was great!

The success of the BZF motivated us to share the amazing zines with more people and we decided to take it to different places. You Deserve to D.I.Y gave us an opportunity to share the amazing zines from our collection at a gallery space, helping us bridge the gap between alternative and mainstream, where the mainstream gallery visitors get an access to the alternative zine scene and the zinesters get an access to the gallery.

Himanshu: since then we have taken the collection of zines to different venues and cities, sometimes smaller pop-ups, sometimes all of what we have, also we have been adding to the collection as we have travelled. The different venues got different audiences, hence very different sets of experiences, the first one was out of our small garage bookspace, ‘underground bookhouse’, it was done with minimal resources, yet had the most number of people that visited and participated actively.

There are more cities planned, the larger plan is to also set up a zine library in Bombay, we are working on this.

What is it like organizing a zine fair in Mumbai?

Aqui: It pleasantly surpassed all our expectations. Zinemakers and distros all over the world lent us their support on social media and also sent us their zines. The media also wrote good things about us. But most importantly, people turned up in large numbers, they were ready and willing to embrace the zine scene.

Like any good alternative project our biggest challenge has been moneys. it has been difficult to get funding. Even the Underground Bookhouse, where the first BZF was held, has been shut down now.

Himanshu: The scale at which we organized the first zine fest was comparatively much smaller than everywhere else in the world, but hopefully it will grow with years and more people actively participating. As we were organizing the first fest totally by ourselves without any institutional support, it was difficult, especially with resources, but we were very warmly and happily surprised. We have been making zines for more than fifteen years now, so this was a nice way to put together all the zines we had collected as well as all the zine maker friends we had made and also a nice time to introduce to this part of the world (India) the power of zine making. We have always been doing pop-ups and street sales for all these years, this was also a step towards putting together a more permanent space for a zine library. 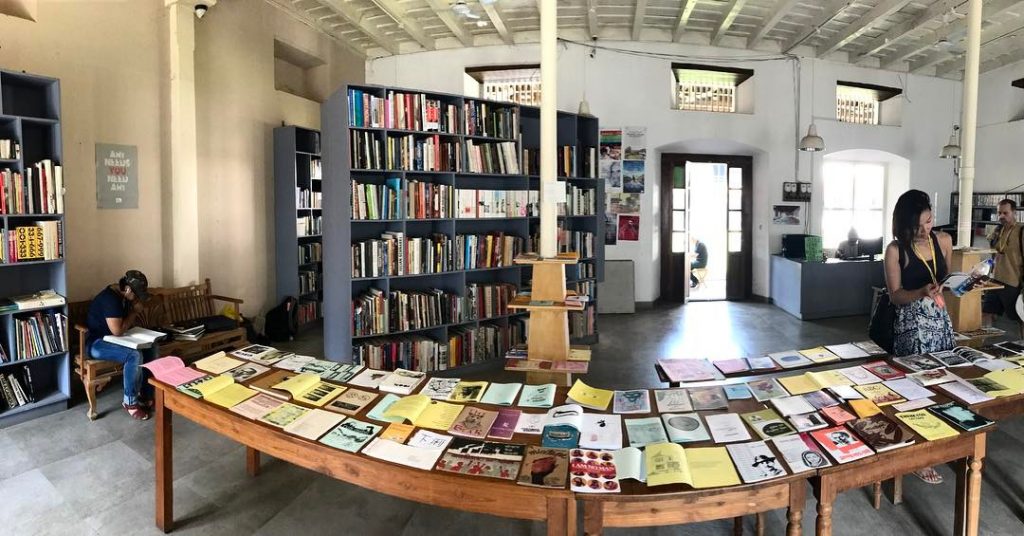 What kind of advice might you give somebody who is trying to do something similar?

Aqui: We have observed that lately that many zines are becoming mainstream like, both in content and presentation. Zines are inherently original, easy to make and distribute. My advice to anyone wanting to do something similar would be to keep the alternative alive, and not let the mainstream appropriate zine culture to the extent that it loses its very essence.

Himanshu: Just reach out to the lovely makers all over, most of them will surely respond and then make sure to take the collection to as many different venues and situations as possible, oh and do keep making more zines all along.