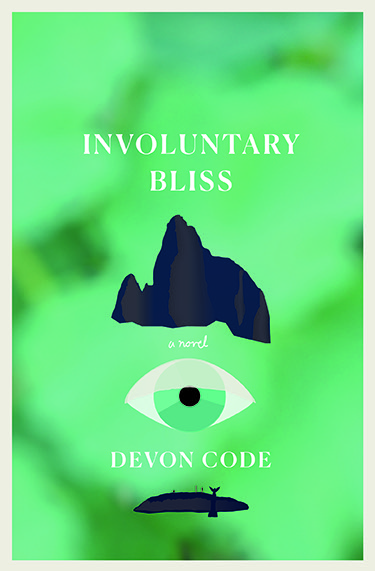 Set in Montreal’s Plateau neighbourhood, Involuntary Bliss explores three men’s friendship and the effect of a sudden death. The unnamed narrator is visiting his friend James over a weekend. The pair spends their time reminiscing, discussing their departed mutual friend Warren and a Peruvian novella they’ve read. Despite the simplicity of the plot, there’s a lot going on in the text.

My main draw to this book was the setting, having just visited Le Plateau this winter and wanting to re-live the trip through the book. It did deliver in this right, as Code provides wonderfully detailed, lyric descriptions of the streets and Mount Royal where the two friends spend some time. It’s a pleasant backdrop for a complex book, especially if you’ve visited.

James’ stories flow airily throughout the novel, explaining to the narrator — and thus, the reader — what he’s going through and why. The novel seems to continuously knock at the door of teaching some kind of lesson but you’re always just a few steps behind, making it impossible to really figure out. This sense of shortcoming, in essence, is the point of the novel. James’ narrative is easy to get caught up in because of its rambling nature. It’s really the style that saves the novel, otherwise it could easily fall under the “boring rich white boy existential crisis” category of fiction, which is really hard to care about. Code manipulates the text in a remarkable, thoughtful way, and makes it enjoyable rather than pretentious. (Sidney Drmay)