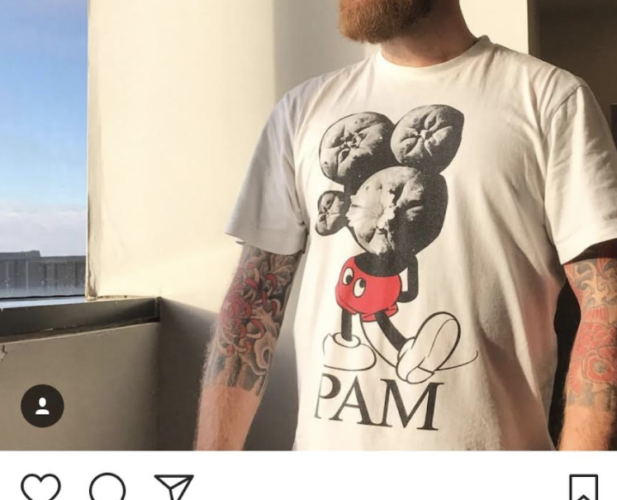 Letter from the editor, Issue 78: Guilt, gatekeeping, and getting over it

In early November, the zine and DIY publishing world lost one of its greatest champions in the broader art world: Shannon Michael Cane.

I didn’t know Shannon personally, but I followed him from afar over the years. I’d dare say I had a distant crush on him. He was an Australian expat living in New York, a staple in the world of art publications. For several years he was the director of the New York Art Book Fair, a project from the legendary art book shop Printed Matter, and helped develop the festival’s West Coast sister, the L.A. Art Book Fair. He passed away on November 9 at 43 years old.

Though I didn’t know him personally, Shannon’s death brought up some complicated emotions for me. I admired him and his work, yet at the same time, the world of art book fairs and places like Printed Matter always seemed inaccessible to me. In a New York Times obituary, Randy Kennedy writes that Shannon turned the Art Book Fair into “a radically inclusive affair, attended by venerable rare-book dealers alongside obscure zine makers so scrappy that they could barely afford the plane fare to participate.” Something about that quote put a knot in my stomach.

There was one part of me that was defiant — plane fare? Many of the zinesters that I count as part of my community, and Broken Pencil’s community, would be scrounging up the change for an arduous bus ride to make it to a zine fair out of town, if they could manage the trip at all. Not to mention the cost to exhibit at these things was in the hundreds. If those creators are scrappy, what does that make us? What space is there really for punks and perzine writers and bedroom comic creators?

I sat with those feelings of sadness tinged with resentment — and then, the subsequent guilt for that resentment — for a while. Eventually I realized that the sense of exclusion I was feeling, though not totally invalid, was obscuring something deeper, more complex. While I’ve always felt left out of institutions like Printed Matter (Okay, okay, they rejected my zines when I submitted them for consignment. Fine.), I myself have the extreme privilege of being able to make my love of zines and comics an actual paying part of my life, at Broken Pencil and beyond. What I was probably feeling when I was reading about Shannon Michael Cane’s passing was rather a deep, forlorn sense of loss for something I never exactly had.

So many people I know make zines out of longing, out of a desire to share and connect with other folks. Shannon was someone who not only could have been one of those connections, but who could catalyze that relationship-building for a creator as well. Yet I had missed out. I missed my chance to touch the magic that he, by all accounts, radiated constantly. And I missed the chance to know someone whom I think could have been a friend, maybe even a collaborator. I was sad for him and his loved ones, but then also sad for me.

As I spun selfishly through the many feelings that I had around Shannon’s death, reading the slew of articles and memories that filled my feeds, I came back to those age-old questions. What is a zine? Who gets to make them, and who gets to access them? What happens to the magic of DIY and underground media when it swells into the mainstream, or into the art world?

The idea of “gatekeeping” and of ownership comes up a lot in this issue of Broken Pencil. There are the folks who, feeling crowded out of illustration and art-book-heavy zine spaces, are creating their own perzine festival (check out the sharpener by BP’s Kim Hornak). There are tattoo artists like Tee Ferguson, Bug Cru, and Dion Kaszas who are finding ways to share knowledge about safe and supportive tattooing despite institutional barriers. There are artists deciding for themselves whether they want to play the game of art-subscription service Patreon, or make their own way to nurture audience support.

Thinking through these questions, I realized that I could locate my own feelings of distance from art-world zine culture, from Shannon’s world, as a response to something I saw as gatekeeping. But what made this messy was that my own response was to do the same thing — to position my favourite zines, the ones borne of cut-n-paste sessions and emotional typewriter sessions, as the most “authentic.”

The more I humour these questions of which zine scene or genre or history or community has the right to name itself the arbiter of zine authenticity, the less useful the question becomes. If so many of us are driven to making zines and publications out of a desire to reach new people and places in new ways, then we should be glad to watch the medium change and expand and try things out.

That’s not to say there isn’t a need for focused and specific platforms and networks like queer zine archives, zine collectives for people of colour, perzine fairs and yes, art book events. But what it means is that there ought to be room enough for all of us. Not every space can or should be for everyone. But I hope we can aspire to a lively, generative ecosystem of approaches to DIY publishing for people with every manner of desires, experience, value, and relationship to the medium. Let’s dream up a zine-y constellation which, in its plurality, can accommodate everybody, if not all in one single library or zine fair or gallery. I know I believe in it. I think Shannon did too.