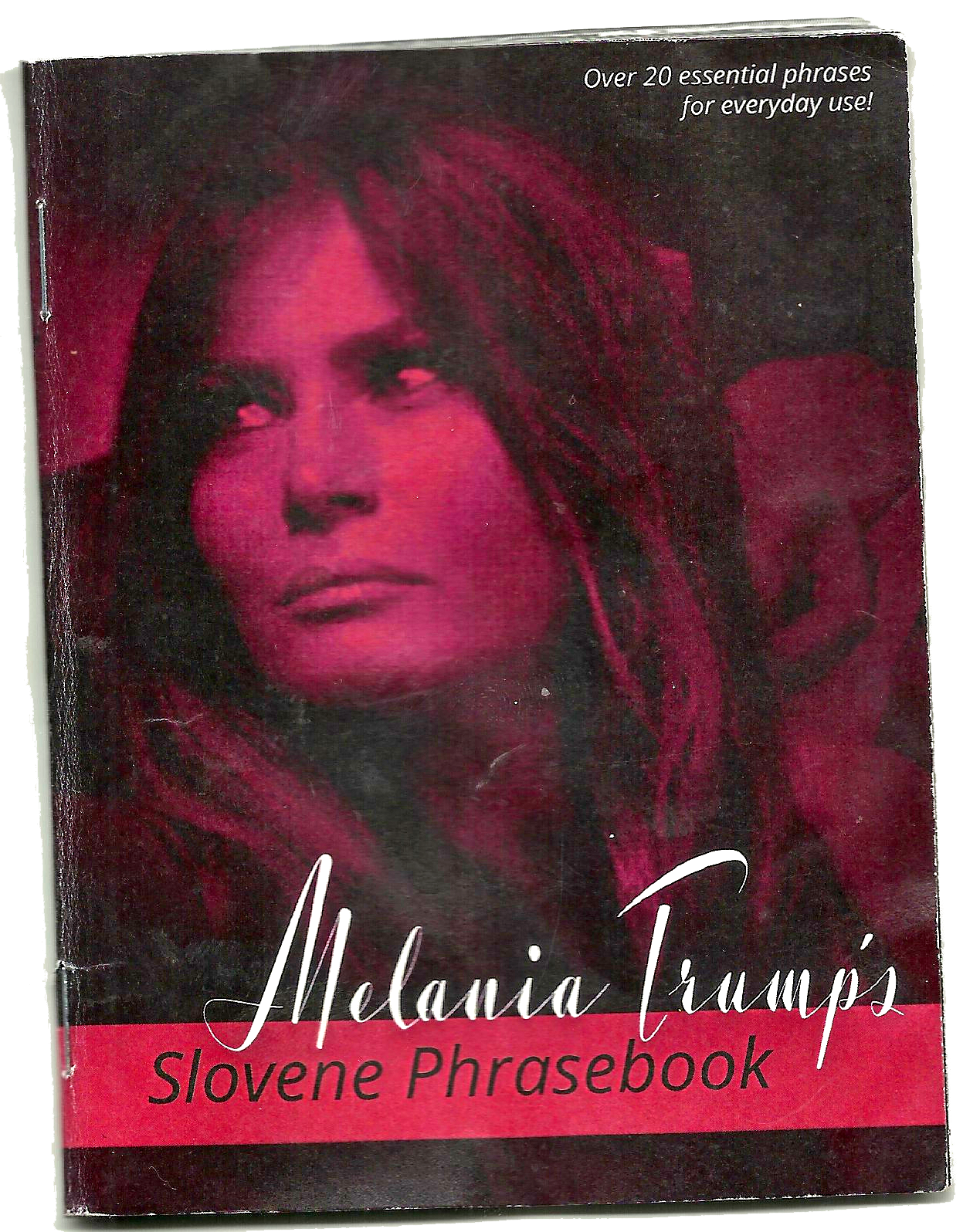 Mere days before Donald Trump was inaugurated into his first term as the United States president, I published a piece in Broken Pencil about my fascination with the mysterious, then-soon-to-be First Lady. The reception was… well, that’s not important.

Although I still know little about the 50-year-old Slovenian-American supermodel, like many, I remain curious about her. I maintain that there must be something instructive about the responses she elicits. Her critics never fail to make gendered and xenophobic digs at her, and I’ve yet to notice a fanbase develop, even amongst the MAGA set. Her place in the American imagination is slippery and mysterious.

The concept is two-fold, literally. Each spread shows, on the righthand, an image of Melania Trump (and often The Donald, too), with a cutout Slovene phrase and its English translation imposed over top, each hilariously supposing the inner thoughts of the baroness herself. On the lefthand page is an off-centre scan revealing the original source text of the phrase, pages from a real-life Slovene grammar textbook.

Of course, anyone who has ever taken a screenshot of a silly Duolingo prompt is familiar with how language textbook examples propose unexpected (or totally unreasonable) manners of speech, and Greyson plays with this. The phrases, bizarre in any context, are eerily apt for the stern and ethereal stare of the First Lady.

“He is so stupid you would not believe,” reads one, against a depiction of a pursed-lipped Mrs Trump looking in the distance as she stands over a podium. “We are not up to this work,” reads another sample lower on the page.  “My ears ache from your prattling,” reads the following page, her trademark smokey eyes blurring into splotches beside. The juxtapositions get darker. “She spent many a night weeping,” reads one towards the end. “She lost any hope whatsoever that she had of being rescued.” Oof. 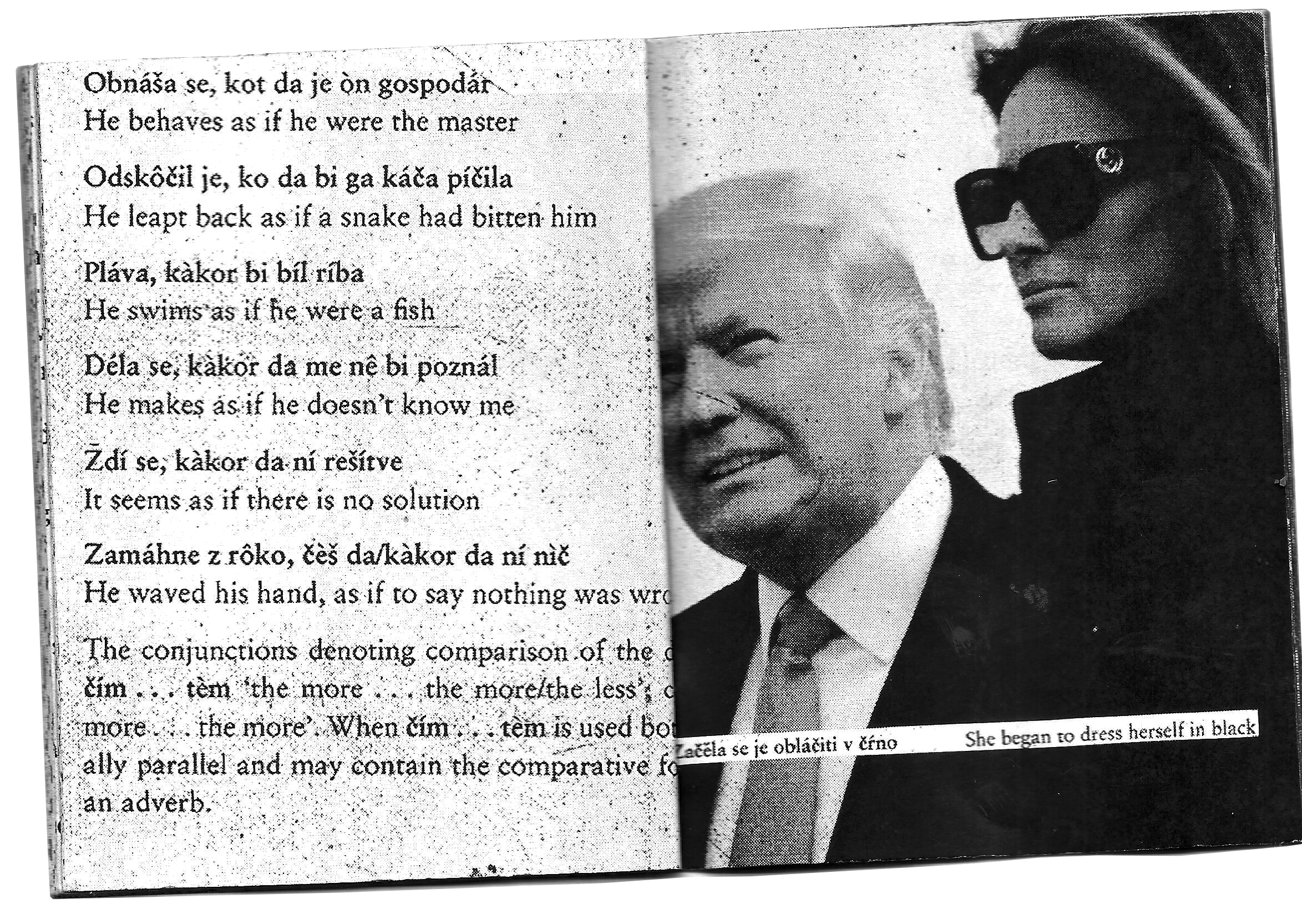 Greyson’s thought experiment admittedly relies on weirdly prevalent fantasy. Many like to humorously position Melania as a captive without agency or otherwise an unintelligible foreigner. But it is tongue- in-cheek, asking us to pay more attention to the cultural dynamics rendered visible through Melania — the meta-Melania, if you will.

Ultimately, the prompts are undetermined enough that they allow for complexity and paradox. Though I don’t think Greyson has quite the same opinion of Mrs. Trump as myself, I really enjoyed figuring out the zine’s logic and had more than a few giggles along the way.