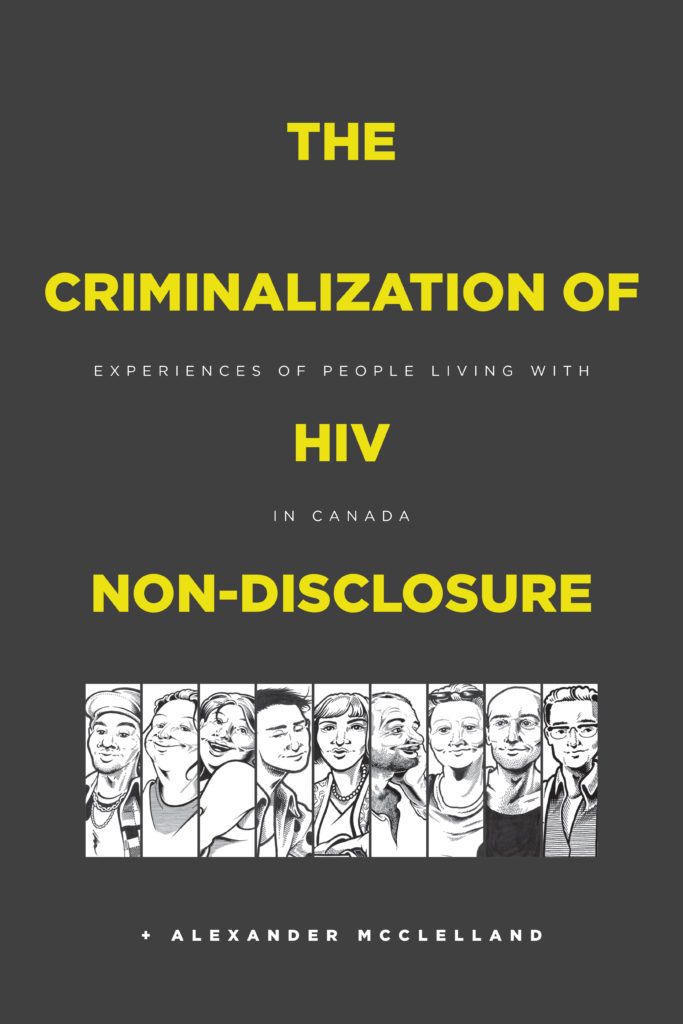 The following excerpt comes from The Criminalization of HIV Non-Disclosure in Canada: Experiences of People Living with HIV, by Alex McClelland, a research report in the form of a free zine. Read more about the zine here.

I spoke to Shaun, a Black man in his late 20s, while he was living in the suburbs of a large Canadian urban centre. A relaxed guy, living in his own apartment, he offered me a coffee as we talked about his new dog. Shaun lived in a low-income high rise and worked in a factory a bit further north of his place.

Many years earlier, while dating a woman, he learned he was HIV-positive. Shaun went on medication right away. He soon after told her his status, and together they went to see public health officials. Later the clinic, a doctor told Shaun and his girlfriend that Shaun was undetectable, and posed no risk, but that it was against the law for an HIV-positive person to have sex with someone without first revealing their status.

Shaun’s girlfriend accepted that he had HIV and a few months later they moved into an apartment together as a couple. But after finding out his status, Shaun looked towards moving on from drinking and partying: “I started to feel the impact of HIV. I’ve got to slow down and I was, like, to my partner, ‘I can’t keep up, you know, so, like, I have to change my ways.’” His girlfriend, however, continued to enjoy going out a lot, and their lives drifted apart.

Their relationship took a downward turn and he decided to break it off. When he ended the relationship, “She got mad, then pressed charges, because she found out from when we met with public health that she could, and was like, ‘Well, you are going to leave me, leave me here by myself’… I ended up getting charged with non-disclosure.” 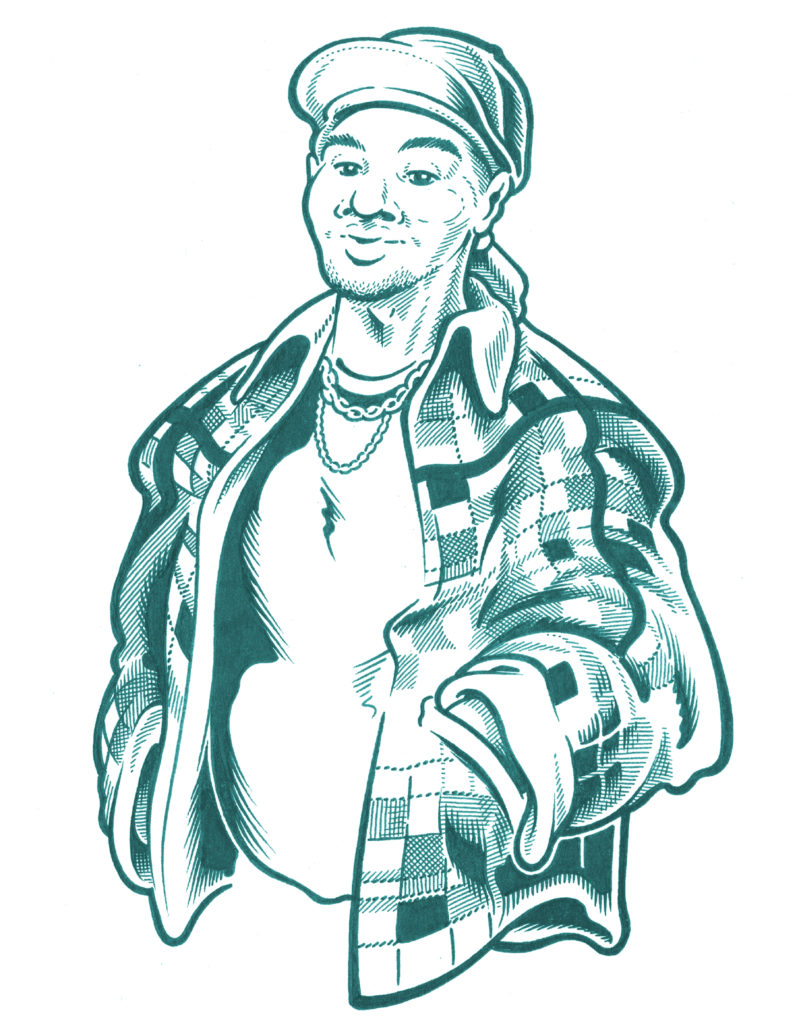 Shaun was scared and turned himself in immediately. At the police station, he was asked to enter an interrogation room, at which point Shaun told me the police beat him: “I was in the interview room and I couldn’t get up and I’m screaming for help and no one was coming to help me. I kept falling on the ground, because, like, I was so hurt inside, like, I had broken ribs, I couldn’t breathe properly.”

During the assault, Shaun said to me that an officer referred to him as being Black and as a rapist with HIV. After being left on the floor for an hour, beaten and asking what was happening to him, Shaun was then taken to another interrogation room. There, he was told nothing had happened and he must have been mistaken about his assault. Shaun then told me the police, conducted an interrogation.

After his arrest and interrogation, the police released a public safety warning about Shaun. The warning was posted online using the police Twitter account and sent to multiple media outlets. It included Shaun’s biometric details; his height, weight, eye and hair colour, any visible identifying marks, a mug shot, and a statement asking for anyone who had sex with him to come forward. Media articles were published, which were widely dispersed online, and included Shaun’s name, picture, and the police profile, along with his charges. He was denied bail and incarcerated immediately on remand, which is pre-trial detention.

At his bail hearing, Shaun’s aunt came to testify. She said that Shaun was not a flight risk and had family connections, so that he could be granted bail. He had no previous criminal record. But, due to the perceived seriousness of the charge, Shaun was denied bail. He told me that the Crown Prosecutor said to the court, “Shaun is a menace to society, and if we let him out, he’s just going to keep doing this again and again.” When he found out his HIV-positive status, public health officials had initially told him he posed no risk. Now the court was labelling him a high-risk.

“For maybe the first week I was there, they just didn’t have my pills.”

Shaun told me that he was then placed under lockdown in solitary confinement for two months. During that time, he had a hard time accessing his anti-HIV medications: “They didn’t have my pills there for maybe the first week I was there, they just didn’t have my pills.” He was confused because he had been diligently following his doctor’s orders, taking his medications and remaining virally undetectable. Yet, the police and court treated him like he was a threat. Now, the institutions that had treated him like he was as an infectious risk were denying him the very treatment that he needed to remain healthy and to suppress the virus in his body.

Finally, after three years under a combination of pretrial detention and house arrest with his aunt and uncle, he was released because his charges were no longer being pursued by the Crown Prosecutor. Despite how he had been treated by the police, and court, Shaun told me that because he felt as though the fact that his viral load was undetectable and he had used condoms, that his case would not have held up in court.

“We read about you, you’re spreading HIV.”

A few weeks later, at night he was out with his dog. A group of men from his neighbourhood approached Shaun. One said, “You’re HIV-positive and you are sharing cigarettes with other people out here. We read about you, you’re spreading HIV, that’s what the media said.” They started telling Shaun that he should leave their neighbourhood and started pushing him around. He yelled, “‘I’m, like, man, I’m HIV, I’m undetectable, I am no risk, my case was overturned,’” and they are like, ‘It doesn’t matter, you’re still HIV positive.’” Regardless, the group of men beat him up, standing above and encircling him, kicking him repeatedly.

Shaun told me that he now often feels unsafe, surveilled, and scared around his home.

This excerpt is from The Criminalization of HIV Non-Disclosure in Canada: Experiences of People Living with HIV. Read more about this free zine by Alex McClelland. It is a report containing nine profiles Canadians whose lives have been deeply impacted by outdated HIIV laws. Excerpt courtesy of Alex McClelland. All illustrations are by Eric Kostiuk Williams.