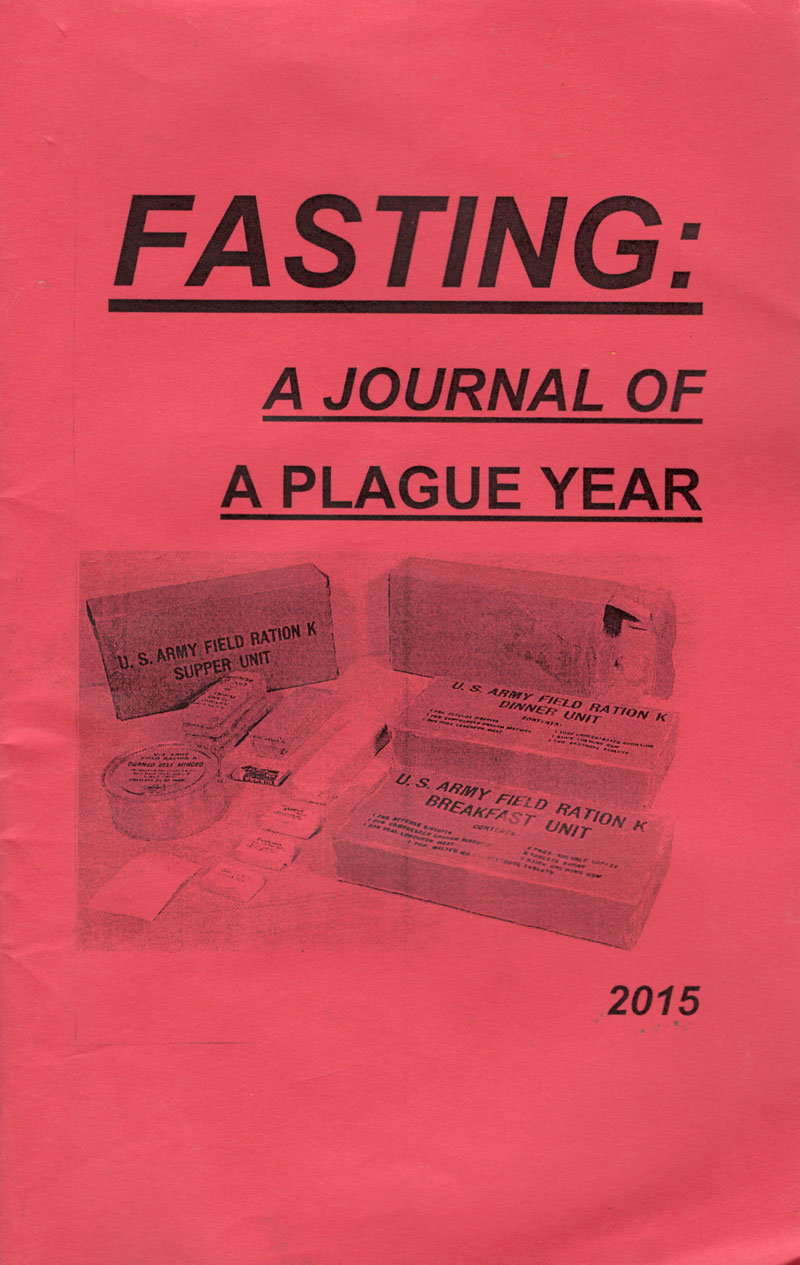 Fasting tells the simultaneous story of author Thomas Thor Buchanan’s ongoing recovery from disordered eating and body dysmorphia and the history of the Minnesota Starvation Experiment. Buchanan begins with an anecdote about smoking with a peer in his Eating Disorders Outpatient program at Toronto General, but quickly gets into the history of the experiment, wherein wartime conscientious objectors were subject to brutal starvation in the name of military research. The trauma of the experiment changed the men’s sense of their bodies for life.

The bulk of the zine is this history, punctuated by thoughts from Buchanan on the connections between his own illness, the experiment, the military-medical-industrial complex and culture at large. A lot of these interjections seem fleeting and hesitant, and it seems clear that the whole thing was difficult to write. The zine is the result of the Robert Street Social Centre Zine Residency in Halifax, so there was definitely some kind of deadline to it. Thus it’s no surprise that there’s a bit of claustrophobia to the more personal reflections here. Likewise, political statements like “I’m trying to speak the names of… a culture that makes people ill and then takes credit for curing them” are interesting and deserve more fleshing out, maybe in a future zine. But for now, Buchanan is content with witnessing, acknowledging and calling out these realities, which itself is a crucial contribution.

That said, I found myself captivated by the zine. As a man who has experienced disordered eating and continues to have a strained (though very different) relationship with food and my body, this zine hit home with me. The images are emotionally tough to look at for me, and parts of the text are tough to read as well. But it’s affirming to know that these things that feel so big to me feel big to others, too. (Jonathan Valelly)