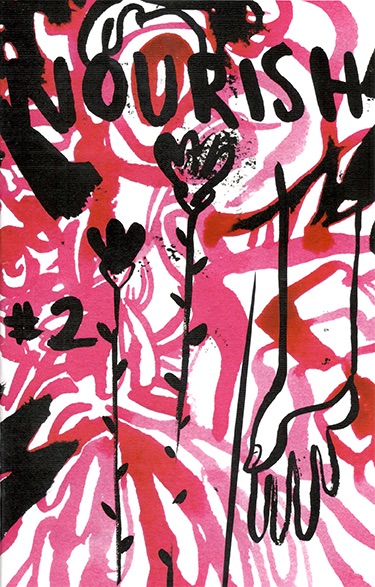 I’ve been making and reading zines for a long time, and I think this is the most personal perzine I’ve ever encountered. All the hits are here: sexual assault, self-harm, mental illness, sexual orientation, and gender identity. These are well-trod topics in the zine world, but what makes Sabrina’s work so exceptional is that they find new ways to discuss these familiar subjects.

Particularly striking was the parallel they drew between the bravery needed to undergo surgery – especially elective surgery – and the courage it takes to let ourselves be seen and really, really, truly known by other people. It’s the same thing. Of course it’s the same thing — letting our insides show and allowing someone else to dig around in there. They’re also a great writer with an almost lyrical style. Along with their raw personal stories and righteous anger, Sabrina also offers a lengthy list of practical suggestions for how to be an actual good ally to rape survivors, providing both research suggestions and practical actions. These are things you can learn about and do to be a good ally for real. This list is an antidote to the folks who perform progressive politics on social media, but come up pretty clueless when presented with a real life survivor who suffered real-life trauma who might be having a rough time on a particular day. Maybe like the day a former Canadian media darling is found not guilty of multiple violent sexual assaults in one of the most widely covered criminal trials in recent memory. I don’t know — I’m just spitballing, here. (Mary Green)