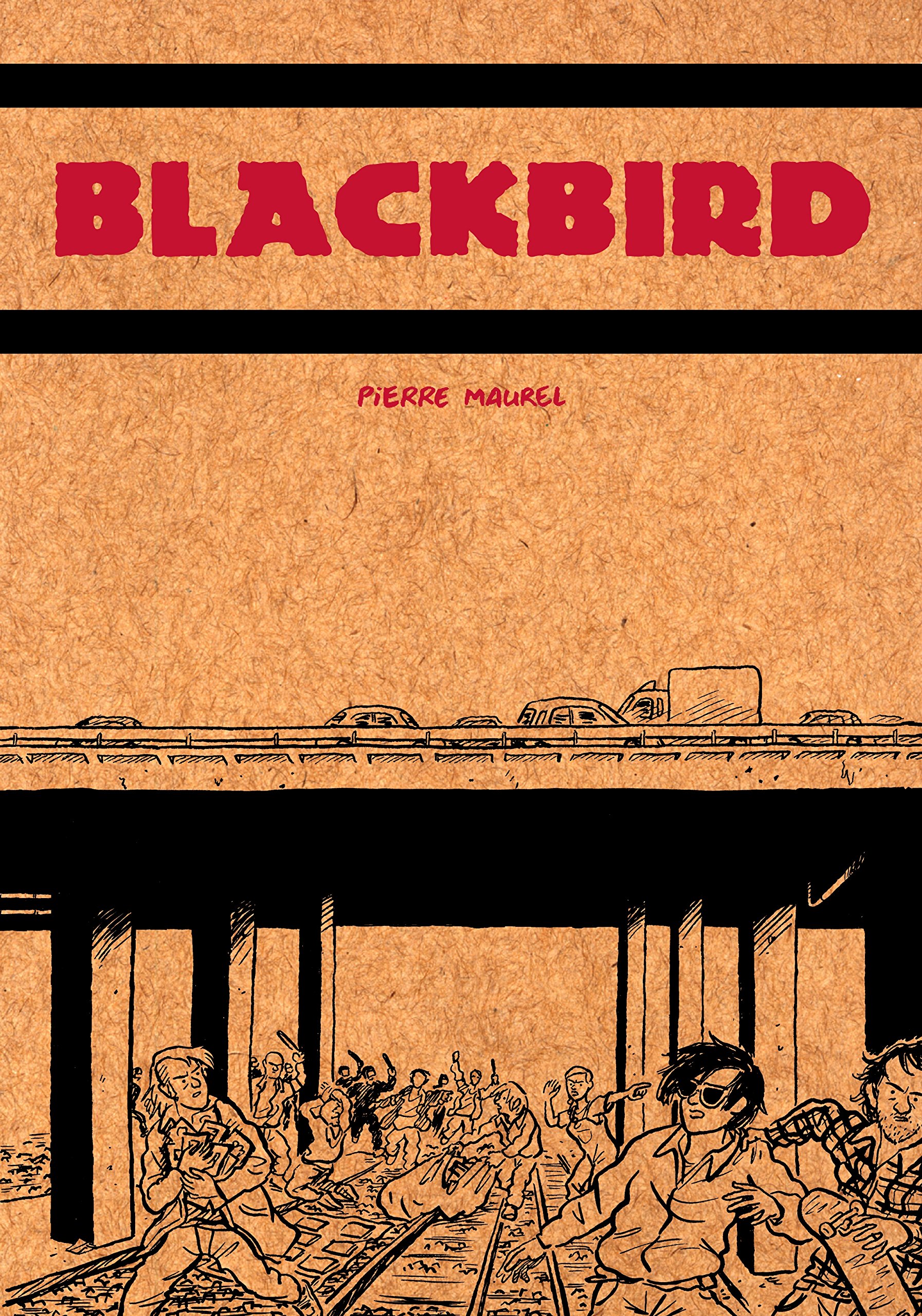 There are Molotov’s, snitches, and stolen printers in this collection of zines about a collection of zines, starting with its beginnings- loose-leaf, in a backpack.  Pierre Maurel’s Blackbird follows a zine of the same title in a dystopian France, as a nameless “[…] fringe group of self-publishing radicals” (pg 45) struggle to keep it alive when self-publishing becomes illegal.

Blackbird’s illustrations are simple, yet precise in what details they pick out.  While some panels show dramatic, pitch-black backgrounds, Maurel moves the characters with beautiful subtlety; the sharp line of an arm while a skateboarder keeps his balance (pg 95), or the slight tilt of a suspicious character’s head (pg 79).

Maurel’s panel technique is smooth and clever. He tracks two characters’ travels from the street to a secret doorway without panel breaks (pg 13), and overlaps dialogue with panels from simultaneous scenes.  We see a shadowy figure making its way to an apartment, while reading the conversation of the apartment’s owners (pg 64).   Their oblivious dialogue never breaks as the two groups approach, mounting suspense that makes you want to shout warnings to them before it’s too late.

The characters’ narratives are expertly intertwined- some are radical, some moderate, yet the publishers of “Blackbird” repeat each other’s actions for a shared greater good.  The man signed to Primo publications spends his final scene committing vandalism and illegal printing (pg 109); the woman with the beauty mark and the scruffy, tow-headed skateboarder wind up hand cuffed to the same bench after two separate chase scenes (pg 94).  As “Blackbird” falls into new hands, there is still secrecy, but there is also still a stolen printer. (Grace Bueler)