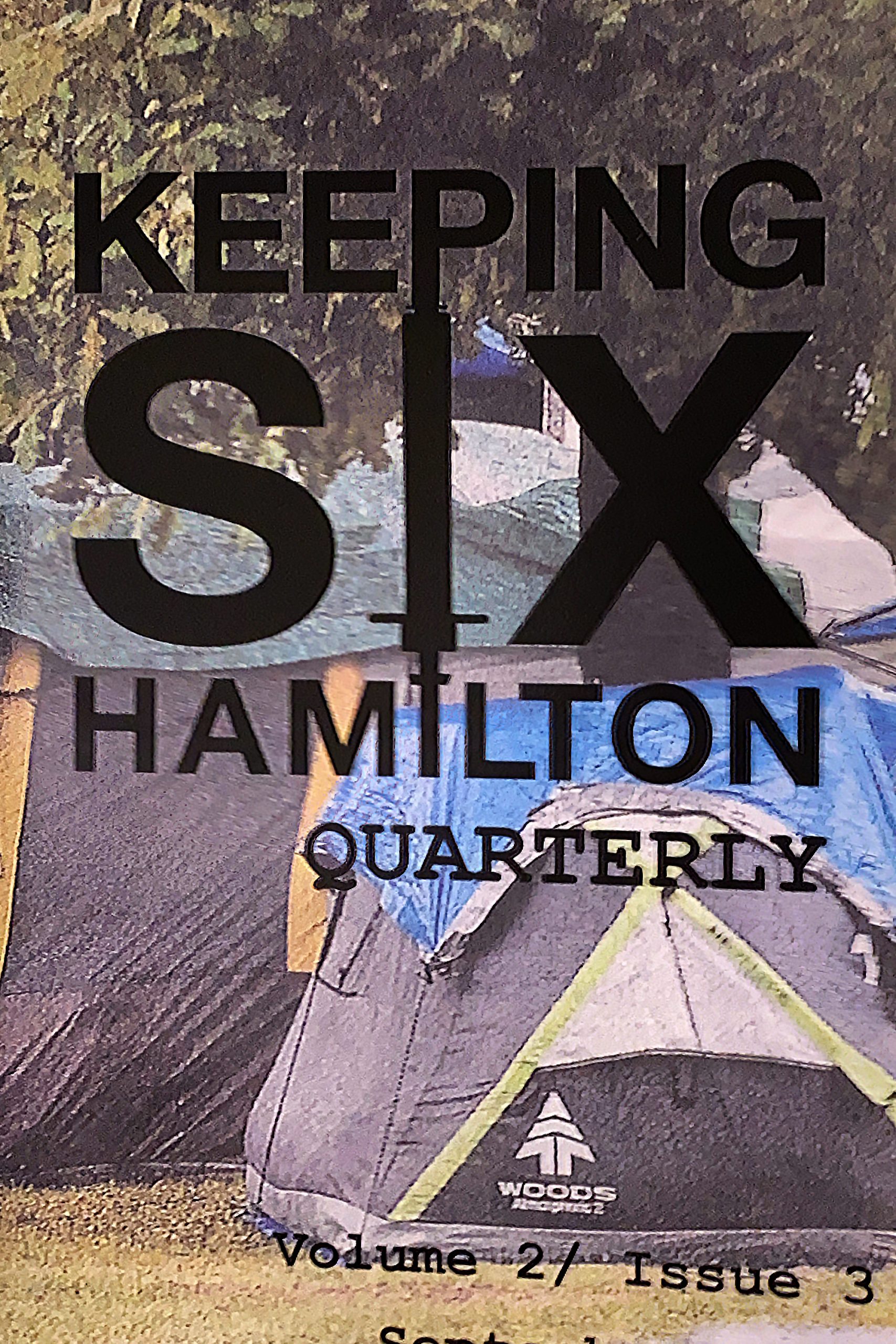 Keeping Six Hamilton is a harm-reduction community organization based in Hamilton, ON, focused on defending the rights, dignity and humanity of people in the area who use drugs. Their zine Keeping Six Hamilton Quarterly is one output from their organizing and engagement efforts, featuring writing and artwork by participants in the organization’s work. This issue, from September 2020, is inkjet printed in colour, featuring creative work from the top-prize winners of Keeping Six’s summertime writing and art contest. The top four winners of the visual art contest have their pieces displayed in a centerpiece spread, while the writing contest winners’ content dominates the rest of the zine. It’s exciting to see the organization put its mission into zine form, with program participants’ work front and centre, where their perspectives and their humanity can shine. There’s not a lot of non-profit preaching here to distract from the contributors’ creativity. However, the zine does begin with important updates on coordination, by Keeping Six and other community organizations, to protect and aid park and street encampments for those without housing, which were under threat at the time (and still are). Nearly half the zine is devoted to the top prize winner of the summer writing contest, the first chapter of an autobiographical work by Penny O’Radical called “Dead Friends.” It’s the story of Penny’s first night in a shelter and his familiarization to shelter life thereafter. Wonderfully written, with excellent descriptive language that evokes the patterns, the sights, the sounds, and the smells of shelter life. Penny’s story is a truly compelling piece. It uniquely demonstrates what the zine proves as a whole: that there is power in giving space to the stories of people who use substances or don’t have roofs on their terms.