‘Panting’ zine is far from the traditionally published comics 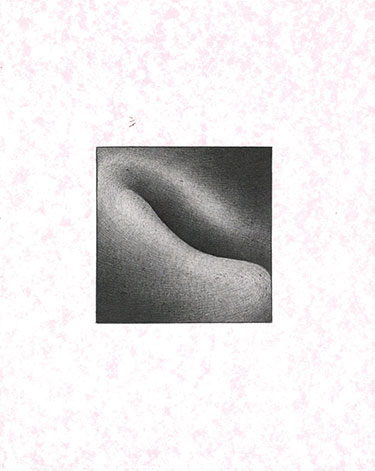 From the textless front cover to the textless back cover, Hayley Dawn Muir’s Panting is a disorienting comic to say the least. The comic follows a nameless, form-fluid, wide-eyed character as they travel through portals and discover new worlds. And you’ll certainly need to buckle in for this dizzying ride. Black-and-white blobs seamlessly become eyes, a single touch starts a domino effect of unpredictable and strange outcomes, and a dog may have something, everything, or nothing to do with the narrative. Beneath these collective oddities is a surprisingly formulaic adventure narrative with a series of challenges and rewards for overcoming them. The simplicity of Panting’s core narrative gives Hayley space to experiment with illustrative styles, panel arrangements, colours and textures not commonly seen in traditionally published comics.

When I first picked up Hayley’s comic, I thought for sure I was looking at digital work. Thanks to the description on DDOOGG’s official site, I learned that the illustrations were mostly, if not entirely, created by hand using ink, ball-point and pastels. Yet the images were bold, geometric, and precise — something I don’t associate with pastels or ballpoint pens. The comic plays around with many conventions. It looks at the way we process information, especially in visual formats, and construct narrative even when a page uses the bare minimum signifiers to create meaning. Overall, Panting, like so much of the work from DDOOGG, is an exciting exploration into the visual language of comics, challenging the foundation of the craft and the way we read comics in general.