Men have gone extinct. Now what? Aminder Dhaliwal fleshes out a manless future in her deliciously comedic graphic novel Woman World. The comic follows the women of Beyonce’s Thighs (that’s the name of their district) as they navigate the survival of the human race. Despite a grim premise, the women of Beyonce’s Thighs flourish. They organize town meetings, build hospitals, develop alternative methods of pregnancy, write poetry, fall in love, and discuss the intricacies of their futures.

A bunch of the strips offer a sharp and humorous critique of gender norms. In one instance, Naomi, a young resident of Beyonce’s Thighs, spends an evening collecting supplies for the community. When women approach her to ask for razors, Naomi replies, “sorry, no women’s razors,” but later settles down to reflect with some confusion, “I gotta figure out a way to unload these men’s razors. They’re useless.” The beauty of gender-specific marketing.

Woman World also engages gender. In one town meeting, the women discuss images that would best reflect their collective:

“We need a flag for our district.”

“How about a vagina?” one asks.

“But vaginas don’t represent the scope of woman-kind,” replies another. 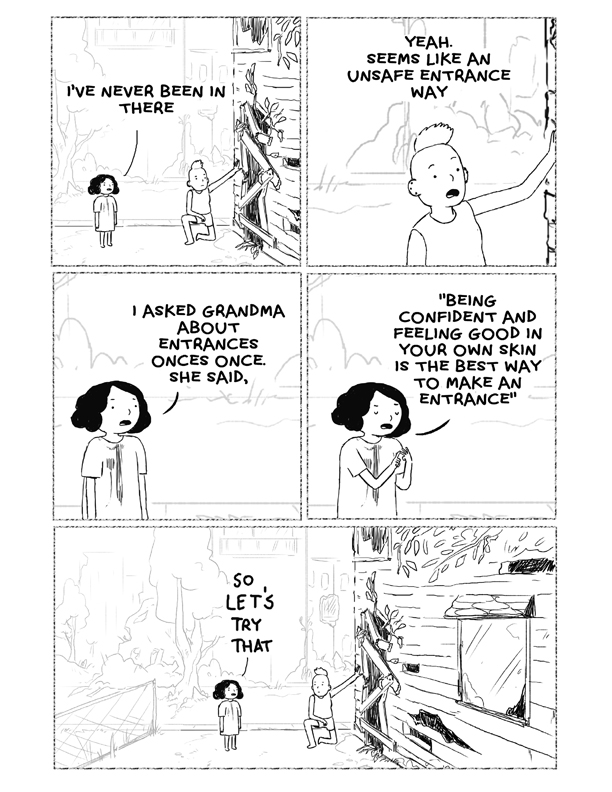 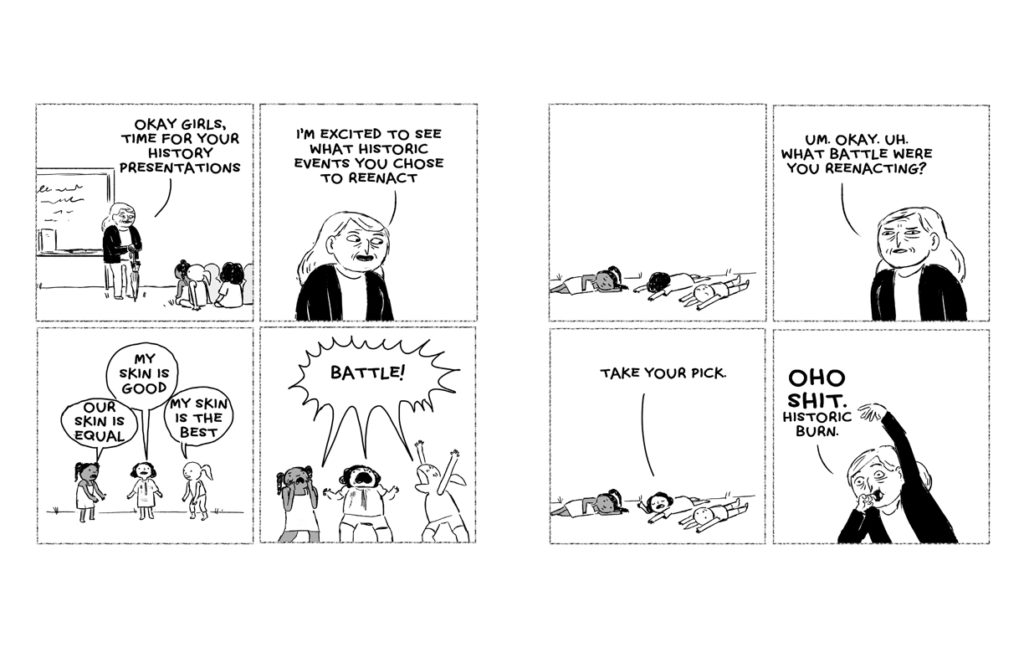