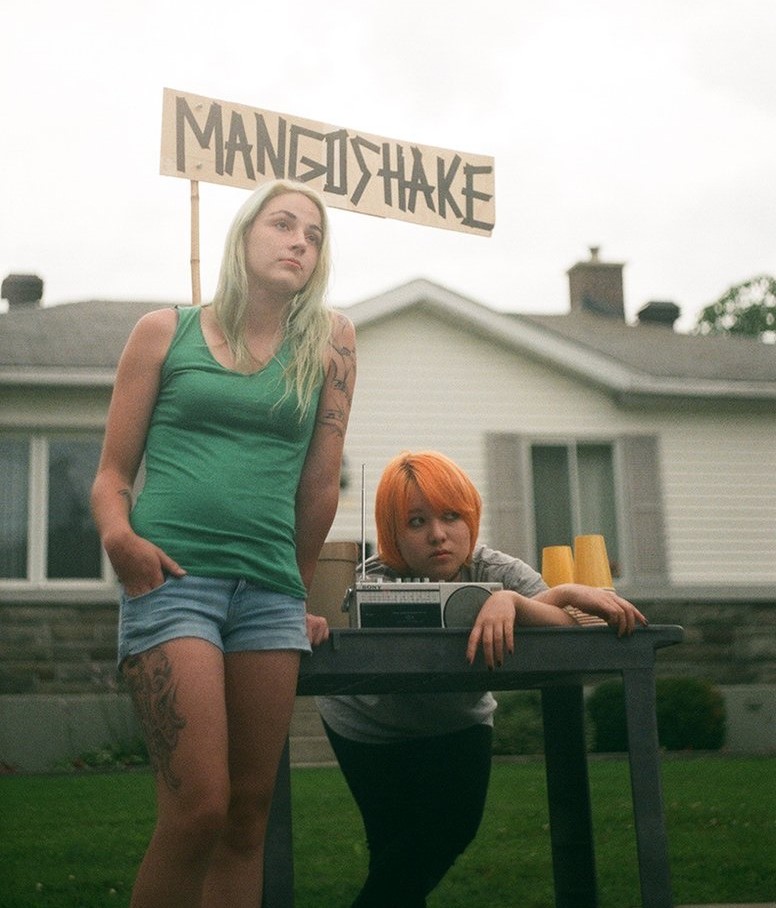 LEMONADE STANDS and car washes be damned, Mangoshake wants something new and better from the street-side adolescent hustle — and from the coming-of-age narrative it represents. This glorious feature film from young and ambitious director Terry Chiu won the audience award at the annual weirdo, undergound and DIY-focused What The Film Festival in March. It’s not difficult to see why. Suburban ennui blends with cosmic comedy as the film’s cast of real-life friends hash out a bizarre sidewalk retail rivalry, padded out with the angst and ecstasy of being alive, young, and daring.

“I still haven’t properly computed the enthusiasm that people showed at the festival,” said Chiu. “As an attempting narrative ambassador to the have-nots, it’s damn cool to have a theatre of strangers embrace and connect with a movie that tries to re-evalute our notions of cinematic language representation through the destruction of the coming of age genre’s myth.”

Chiu is working on his next feature already, but it’s up to you, Broken Pencil reader, to bring Mangoshake to your own town or city and screen the crap out of this shining example of authentic and inspired DIY cinema.