It’s Zine Award season! 2021 marks five years of Zine Awards, a moment to highlight a plethora of experiences, humour and emotion channeled into zines. To commemorate the season, why not take a moment to reflect on 2020’s talented nominees? We’ve got insight into the creative process and takeaways from a few zinesters of last year’s award winners! 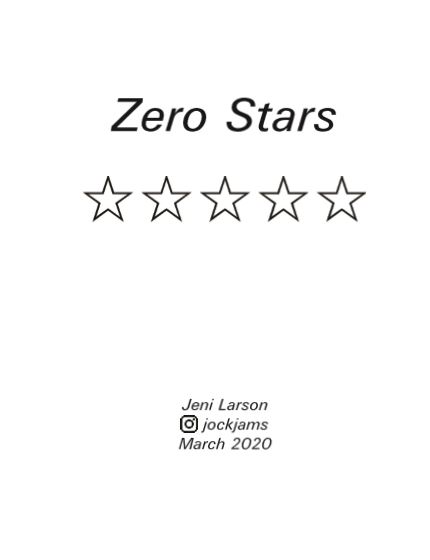 “Zero Stars” takes a raw and unconventional approach to the Perzine scene. It narrates Jeni’s experience of cancer through text messages and posts on social media, showcasing illness with limited access to the outer world.

“Physically, I was pretty isolated during treatment and communicated with many people mostly through texts and social media. When I was brainstorming ideas I had some screenshots I had printed off as inspiration and was drawn to the idea of storytelling in this way. I was also really interested in translating a digital experience into a tangible object.”

Jeni’s inspiration for submitting “Zero Stars” came a month before hearing about our Zine Awards when she realized that submitting her work could potentially give it a larger platform.
She recounts that the zine was originally intended to be read only by friends and family, but after receiving positive feedback, wanted to reach more people. Larson was fresh out of chemo feeling proud of her strength.

Creating this zine wasn’t dictated by the perception of the reader, but instead guided by an honest portrayal of what she went through. Jeni says, “I think the story would have turned out differently had I been more self-conscious about sharing personal stuff. So my advice is to not hold back. You can always make alterations as you go through the editing process, but initially don’t be afraid to let it all out.”

About the Zine Awards? Jeni says she loved it! “ It was so fun to celebrate and recognize the work everyone put into their zines. I also found it inspiring to hear about the variety of subjects covered in the zines. Like, wow these are things I’ve never thought about, but I also cannot wait to read more.”

“Now I’m almost a year and a half NED (no evidence of disease) and cancer is no longer the biggest tragedy of my life, it’s just something I went through. Creating “Zero Stars” helped get me to that place. So did time, but I think the zine really helped me process it all.” 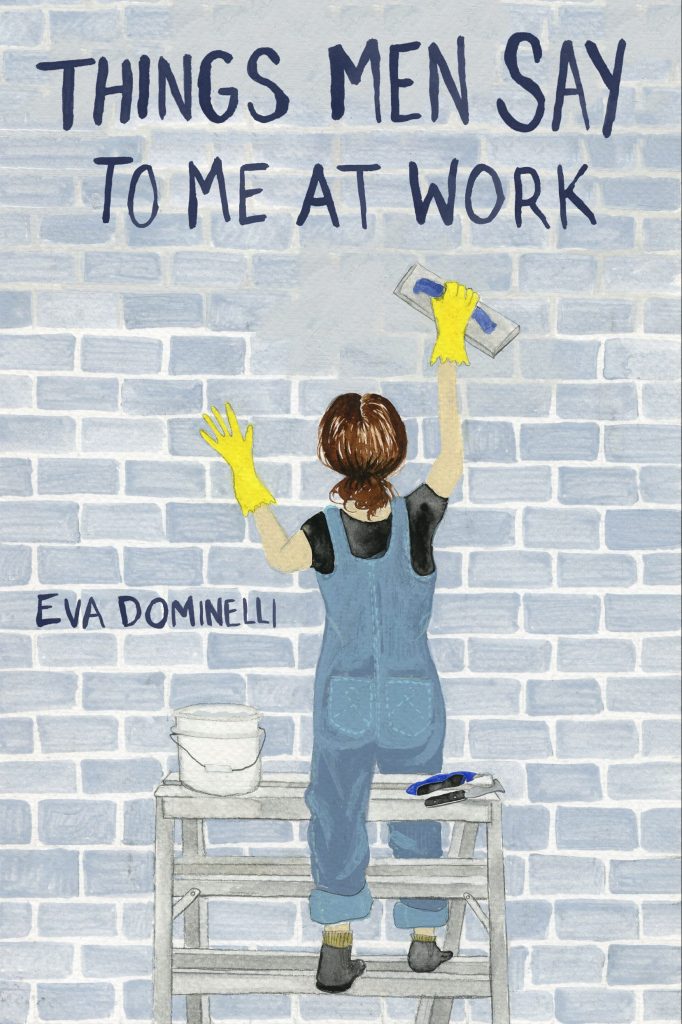 Things Men Say To Me At Work
by Eva Dominelli

“Things Men Say To Me At Work” is a phenomenally illustrated zine sharing stories of harassment endured by Eva while working in the tiling trade. The contrast of the beautiful images to the harsh reality it narrates makes for a humorous and grounding zine.

Though the messages of her work tend to be abstract and ambiguous, “Things Men Say To Me At Work” offered a more direct approach. Being daring in this way made for concern and consideration of how others might react, a feeling that Eva was not typically accustomed to when approaching other projects.

The Zine Awards gave Eva a platform to “scream off and celebrate!”, allowing her to share her work among zinesters. Participating gave her the space to highlight experiences with misogyny that, though niche by her profession as a tradesperson, is widely relatable. “I love the idea that when someone makes a personal connection to something I’ve made, it no longer belongs to me.”, she says.

“Personal stories can be a tough thing to share because they can make a person feel vulnerable or even unsafe. I’d say an understanding that worked for me, that might work for others, is that you and only you get to decide the narrative and how much you want to reveal. You don’t have to go to the extreme of exposing every aspect of your experience, or to share it in a certain way, to make something meaningful. It’s all about being creative to make the artwork for your vision.” 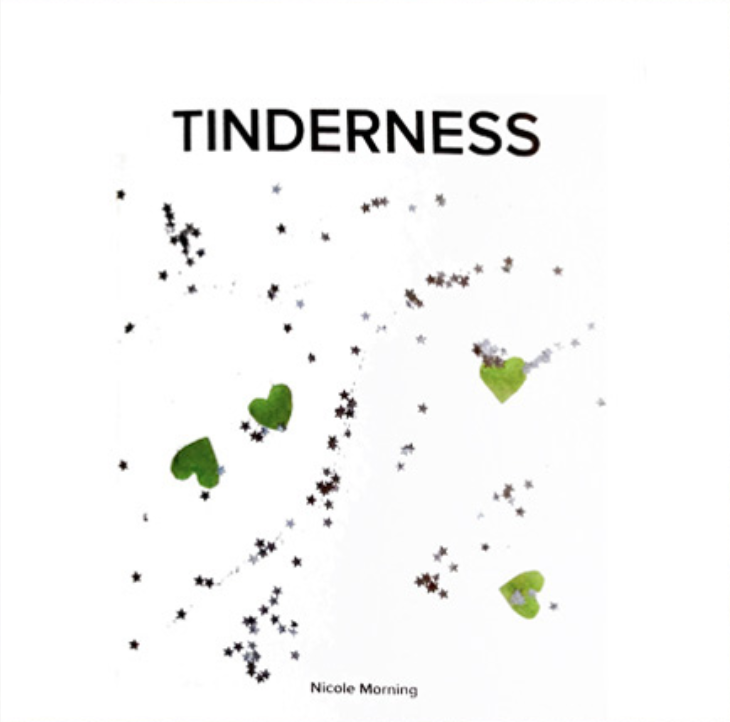 Nicole says that her inspiration for submitting to the Zine Awards came from a whim! “Tinderness” accounts intimate intersections of life in the form of a lyrical fictional memoir. She describes her feelings about releasing a zine as visceral and poetic as one as “Terrifying!”.

“As with most things I write, I did a lot of second-guessing about making it public. Like, WHY did I include this bit or that. It helps to have readers say that my work is meaningful to them, or had an impact, (which I hear often about “Tinderness”), because then I know the vulnerability has a purpose and value not only to me, but to others. I’ve learned it takes a lot of strength to be vulnerable, but it’s totally worth it.”

She adds, “It was my first real zine and my first time submitting to anything like this. I was really pleased with how “Tinderness” turned out, and I wanted to share it with more people. I was very surprised to be a finalist and totally floored about winning.”

For Nicole, writing is a form of problem solving. It’s how she processes experience and makes sense of the world. “Some of my favorite pieces, such as “Things I Left Out” came in an overwhelming rush of feelings and tears and yes, total catharsis. Writing is revelation, myself to myself.”, she says.

On translating personal experiences into zines Nicole suggests keeping the position of the reader in mind. “Initially for me, this was a specific person that I trusted and felt safe enough to share these intimate parts of myself with. Now, I write for myself. Mainly I’m telling my stories to my future self, and I write in a way I think she would love and enjoy. Bonus when other people enjoy it!

“The awards were a blast! I had so much fun getting to know other zinesters. Broken Pencil did an amazing job with Virtual Canzine. I was so pleased and honored to be a part of it.” 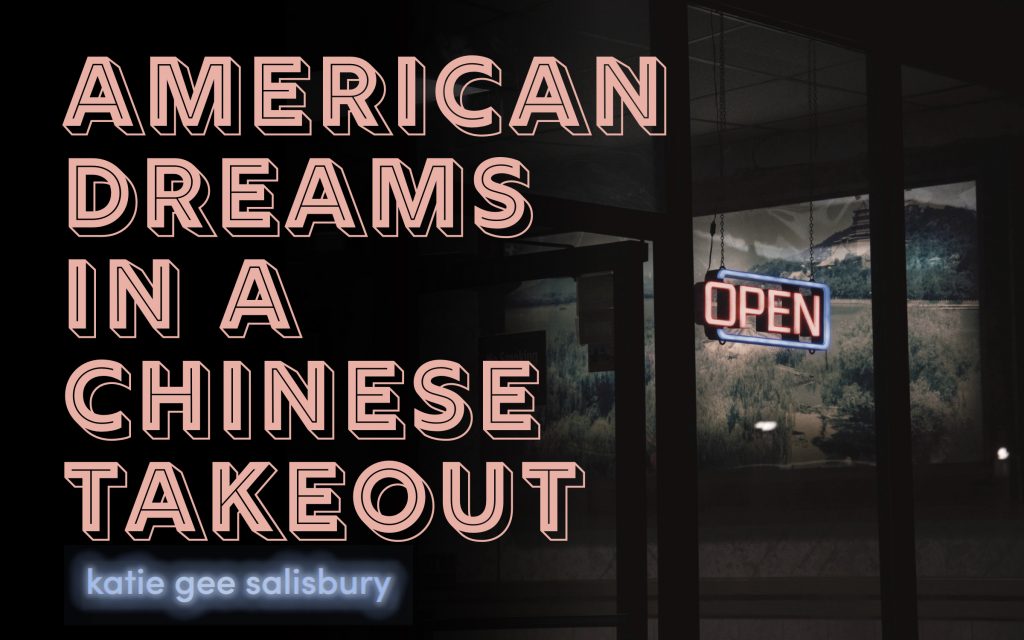 Best Infozine & Zine of the Year

American Dreams in a Chinese Takeout
by Katie Gee Salisbury

“American Dreams in a Chinese Takeout” is a zine exhibit close to Katie’s heritage. It documents the stories of Immigrants working in Chinese Restaurants throughout New York. The zine showcases the importance of highlighting a community that has greatly impacted food culture globally but particularly in America.

“In the process of working on this project I discovered that my own great-grandfather once owned and operated a Chinese restaurant in L.A.’s Chinatown. In fact, my great aunt Lilian could still recall how she used to help out in the kitchen and wait on customers.”, Katie says.

“Making the zine gave me the opportunity to incorporate this aspect of my family’s history along with my more recent reporting on Chinese restaurant workers in New York today. When you look at these stories together, you can see how integral the restaurant business has been to Chinese immigrants trying to make a living in the U.S. across generations.”
Like many, Katie’s profession was impacted by the pandemic, limiting the viability of in-person shows and challenging how the documentation of the Chinese restaurant industry could be shared. This zine was her solution and allowed a viable and accessible way to commemorate history. 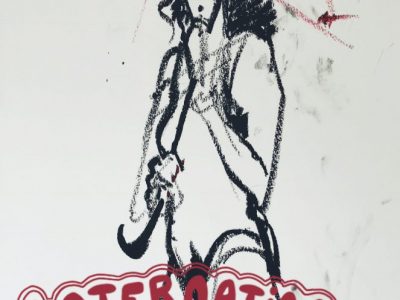 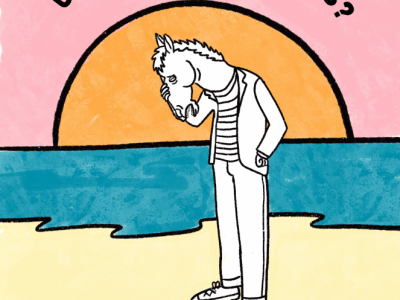 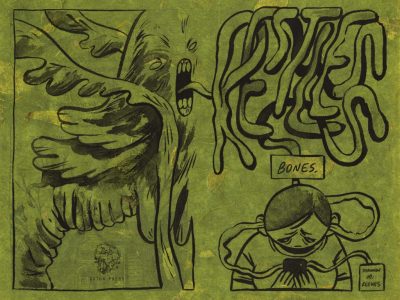 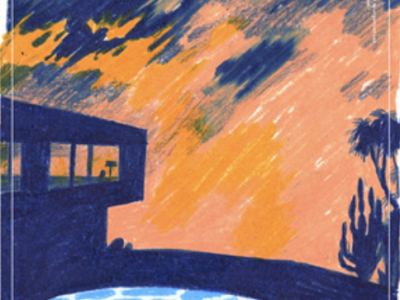 Best Fanzine
Is It Just Me Or Are We Nailing This?
by Joshua James Amberson, Molly E. Simas, and M.L. Schepps (editors)
Portland, Oregon

Submissions for the 2021 BP Zine Awards are still open!

Send us your Zines HERE!