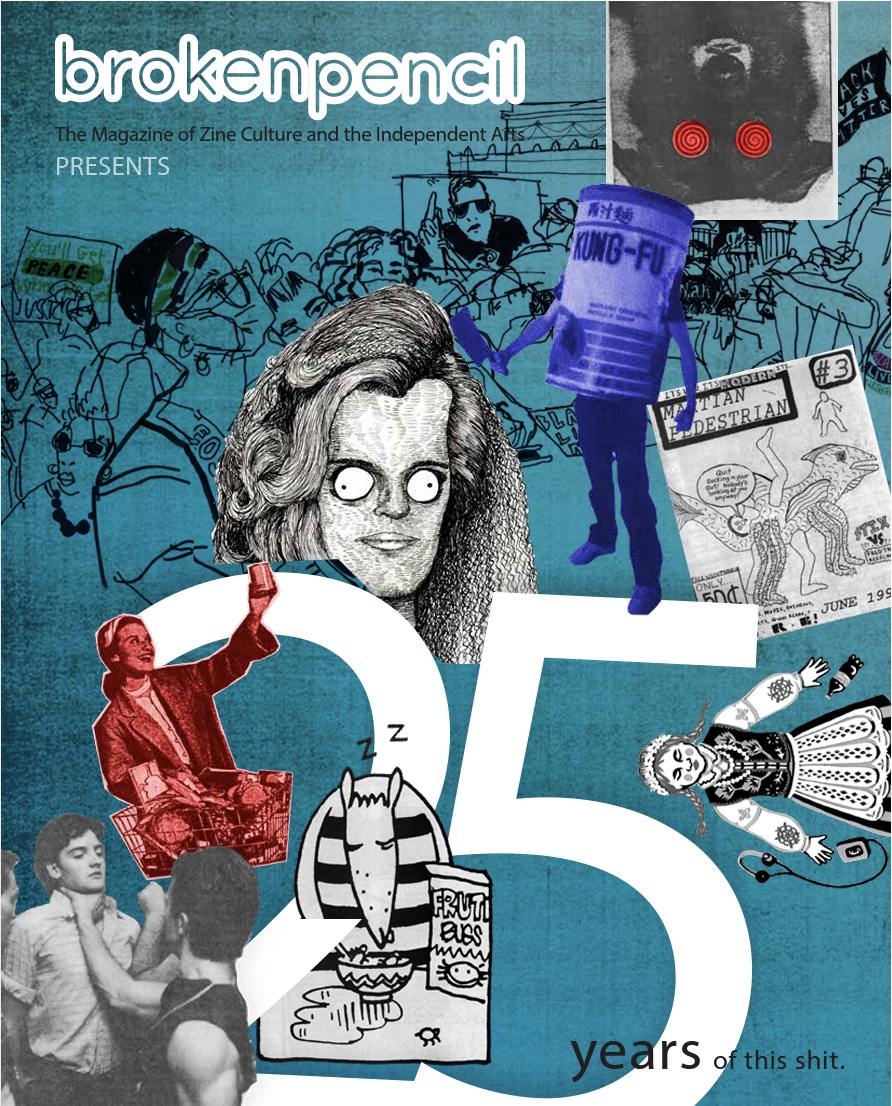 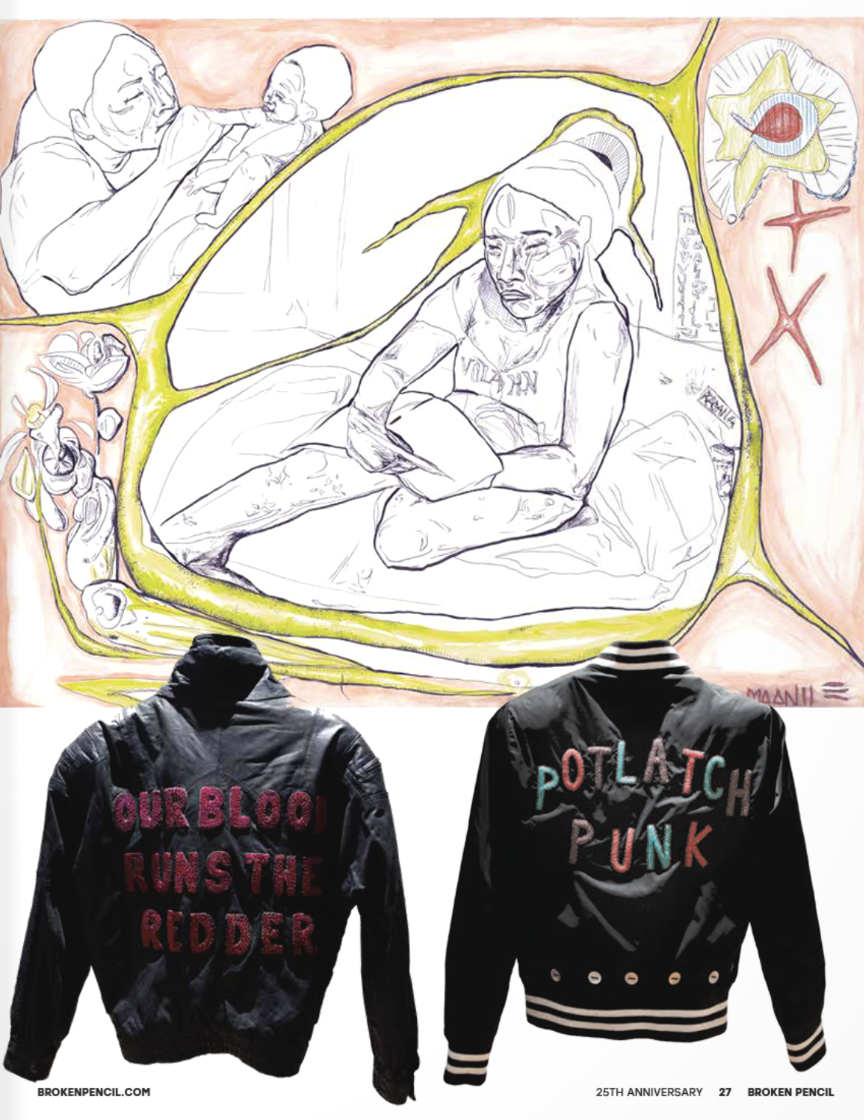 Get a Sneak Peek of our 25th Anniversary Issue!

This is our greatest sale ever!

To celebrate our 25th Anniversary get a special subscription with us for only $25! This includes:

Also Makes a Great Gift! Give the Gift of Indie Zines HERE.

“Broken Pencil is the entertaining, indispensable guide to zines.” – the Toronto Star

Since 1995, we have been a print magazine and online hub dedicated exclusively to exploring independent creative action. Our mandate is to raise awareness of the possibilities of independent print publishing and underground creative action, with a special emphasis on the DIY zine scene. Published four times a year in full colour, each issue of Broken Pencil features reviews of hundreds of zines and small press books, plus comics, excerpts from the best of the underground/independent press, interviews, original fiction and advice/how-tos about all aspects of the independent printed arts. Also check out Folio, a special section in each issue that asks a visual artist to gather works made with unexpected materials and adapt them to the printed page! From the hilarious to the perverse, Broken Pencil challenges conformity and demands attention. 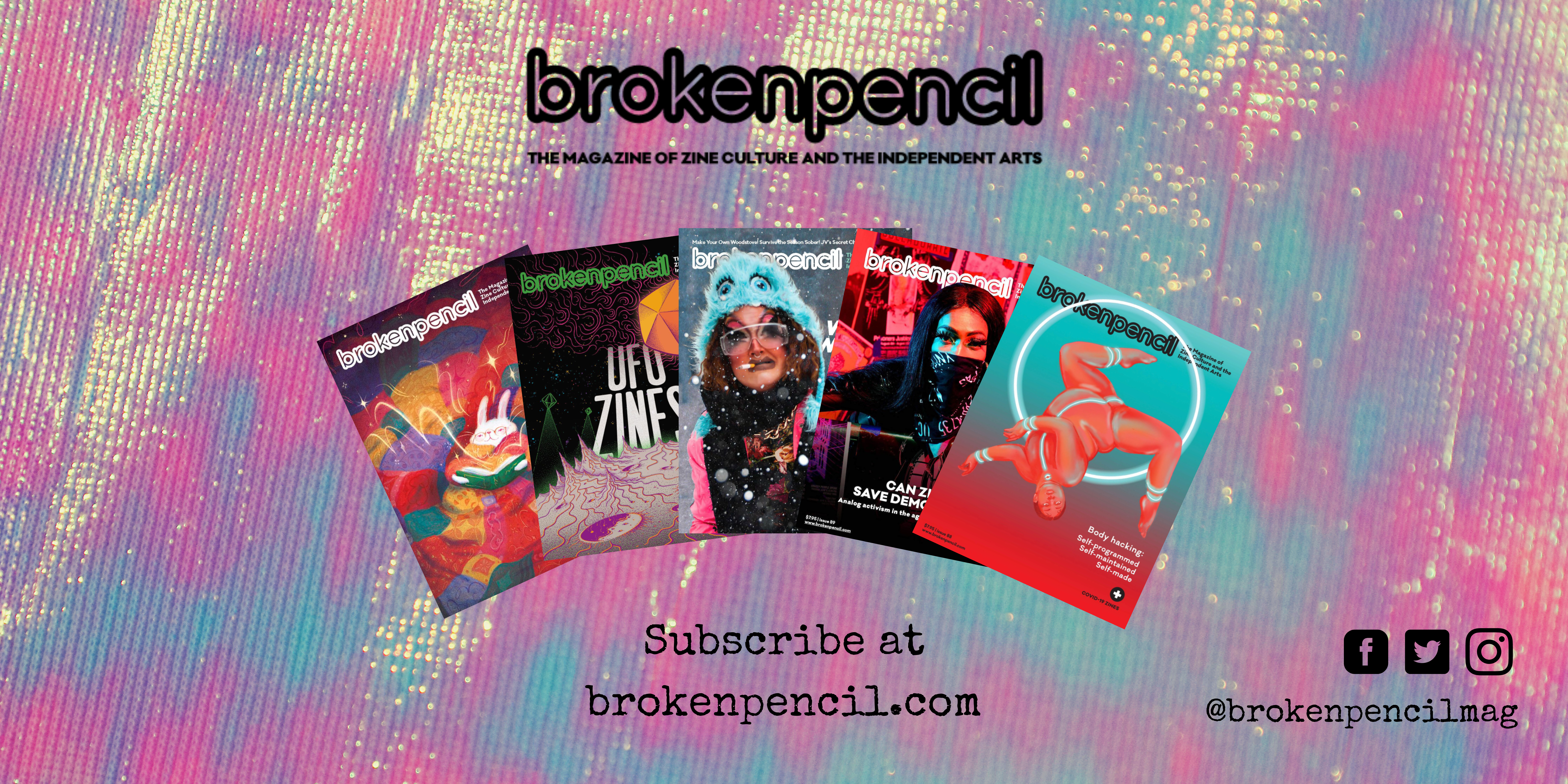 One of the most impressive arts websites in Canada and the world, the site features almost everything we’ve done and published over the last 25 years. That includes flipbook versions of all 93 of our previous issues since 1995, as well as over 10,000 reviews of zines and comics and print ephemera dating back to the magazine’s founding and updated every week. Also on our Online Hub: the latest calls for submissions, updated info on current zine fairs and where to sell your zine or underground print project. All available only to our subscribers.

This will be a beautifully printed, 48 page, full colour, perfect-bound anthology. It will track the evolution of the zine scene from 1995 to present day. Consisting primarily of original zine covers and excerpts, this fascinating must-have book will explore the way in which zines have morphed and evolved and make the case that this still fringe publishing tradition has nevertheless been instrumental in breaking down barriers to participation in society. As the compendium will make show, over the last 25 years zines have been at the forefront of social and cultural change.

About The Lost Expert, a novel

As a bonus gift, we are including the brand new novel by BP publisher Hal Niedzviecki, published by acclaimed independent publisher Cormorant Books. Niedzviecki is an award-winning writer and the author of three previous novels. This is a gripping tale about identity, disillusionment and the allure of stardom. About the Book: When Chris, an unambitious young waiter, walks through the park on his way home from work, he stumbles onto the set of a Hollywood film — and is promptly mistaken for the missing lead actor. Corralled into filming a scene for The Lost Expert — director Bryant Reed’s last-ditch effort to restore his reputation — Chris assumes the identity of international action star Thomson Holmes, and disconnects from his real life. He falls deeply into his newfound identity as Holmes and as his character in the film, a struggling young man who has the ability to find lost people and things. Tensions mount as Chris gradually learns of the real Thomson Holmes’ scandals and accusations of sexual misconduct. Meanwhile, the real Holmes has disappeared and Chris has reason to fear he’ll be next. As he tries to figure out what happened to the actor, he grapples with his role as imposter and whether he can — or even should — extricate himself from reinvention. 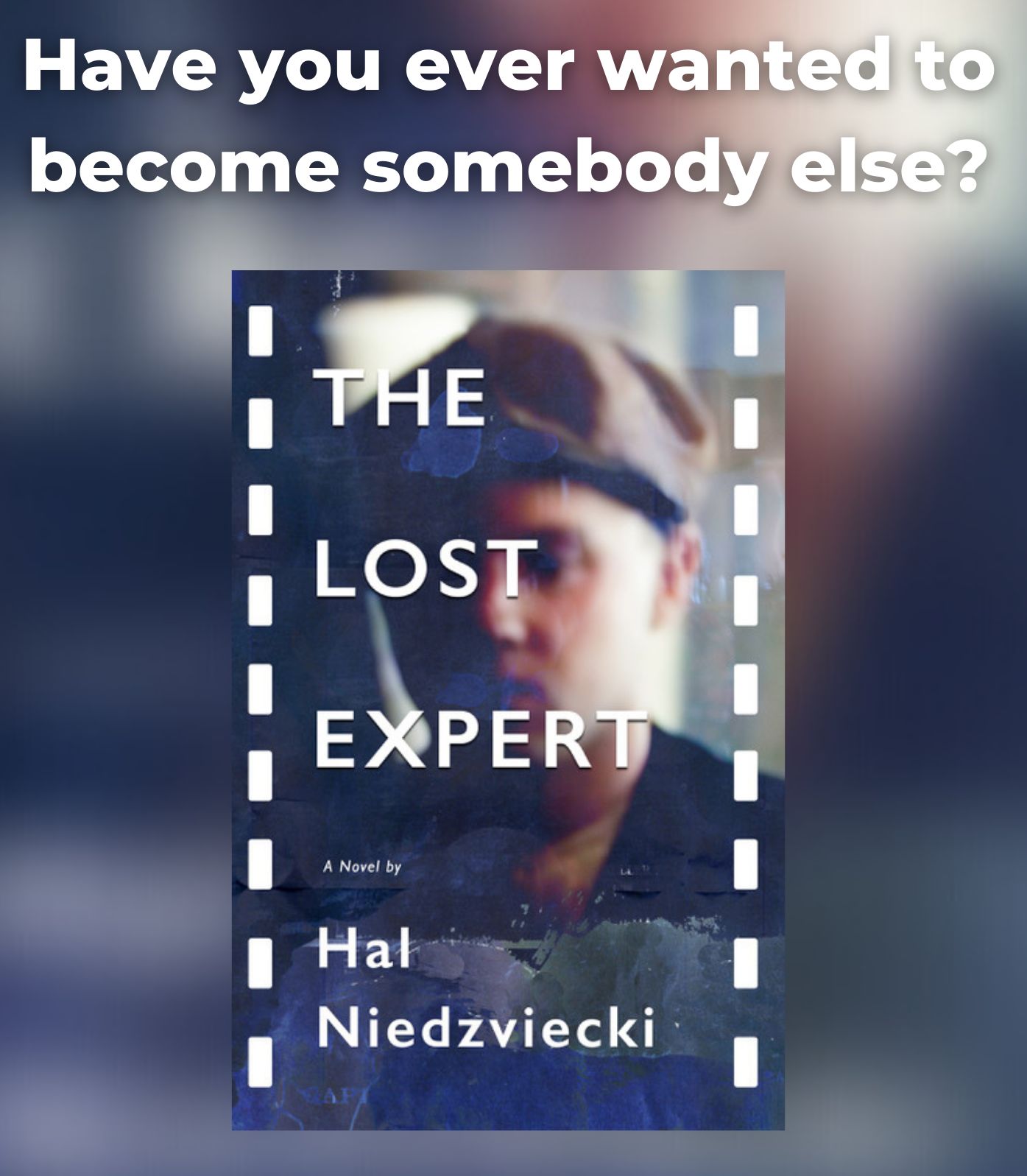 A subscription, the 25th issue anniversary special compendium, full access to Brokenpencil.com and the exciting new novel from BP Publisher/founder Hal Niedzviecki. All for only $25! Our greatest deal EVER!