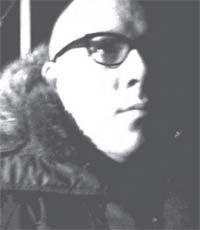 In 1971 John T. Draper came into possession of a whistle. A magic whistle. A plastic toy whistle that came as a premium in boxes of Cap’n Crunch cereal. A whistle capable of emitting a tone of 2600 hertz, which if blown into a telephone, allowed the user of said phone to enter an operator mode and thus gain access to the inner workings of the phone system. In the beginning, there was the phone phreak and John T Draper, under the moniker Captain Crunch, became the inspiration to generations of tinkerers, gadgets fiends, coders and more. In a word: hackers.

We all know that the term hacker is a rather ubiquitous word that elicits thoughts of nefarious nerds creating viruses or stealing our identities. However hacking culture, much like our beloved indie/ DIY culture, is a culture based on individuals in the act of creation. Individuals whose drive it is to learn and share information about technology in the face of corporate monopolies, to create community and kinship among those who share common interests and passions.

In our world today we are witnessing a continual process of convergence of technologies. As such indie culture has gone online; while many of us still “zine,” we also blog, vlog, tweet, make films and post our creative endeavors online to share with anyone who wishes to see it. Old modes of media distribution still do and will continue to exist, but the tools we have now have expanded the reach of DIY culture. And somewhere between the two, new modes of DIY cultural production have emerged. “Homebrew” software developers make their own video games and share them with us, “maker” fairs allow people to share their technological creations and modifications in the same way we share our wares at small press and zine fairs.

Arguably, as our tech evolves and progresses, so too does it become more accessible, more democratized. I mean, think of what the photocopier did for zinesters, or what the video camera did for DIY filmmakers. They allowed us to create our own culture, granted us greater access to the means of cultural production and gave us alternative voices in the face of monopolizing culture industries. So too did the advent of the home computer allow hackers and DIY tech heads access to their own means of cultural production. Like us they share their knowledge and work with one another. And as we have Broken Pencil as a node for our activities so too does hacking culture have 2600, the seminal hacker zine.

2600 (which gets its name from the fabled “phreak-quency”) celebrates it’s 25th year in production in 2009. While much of what is written is beyond my technological comprehension, I am an avid reader because of the spirit that inhabits its pages. Its role (like hacking, like DIY culture) is to critique commentary on above-ground culture and technology. It’s an alternative voice to the gloss and spectacle of our mainstream media. It speaks out as a voice of dissent and calls to us to create our own alternatives to monoculture, which really is what any of us in DIY culture are up to anyway. It’s a rare thing for an alternative publication to have that kind of longevity. It’s a testament to the spirit of its editor Emmanuel Goldstein, its contributors and to the community of hackers out there who want nothing more than to tinker, tweak, hack and share their information and creations with the rest of us.

Error State is a column that salutes the technological aspect of DIY production. In the future, I’ll be writing about tools, tricks and trades of cultural producers who do some pretty amazing things with tech. Please stand by.