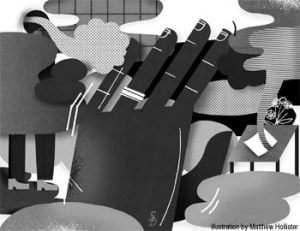 Nahum took some blossoms to Arkham and showed them to the editor of the Gazette, but that dignitary did no more than write a humorous article about them, in which the dark fears of rustics were held up to polite ridicule. Ammi is such a good old man — when the reservoir gang gets to work I must write the chief engineer to keep a sharp watch on him. He would write of what he knew before death came, but his wife must not guess. This may be goodbye — if it is, write my son George Goodenough Akeley, 176 Pleasant St., San Diego, Cal., but don’t come up here. Write the boy if you don’t hear from me in a week, and watch the papers for news. Write my son George if you don’t hear soon. Having sent home for most of his books, Blake bought some antique furniture suitable for his quarters and settled down to write and paint — living alone, and attending to the simple housework himself. There was much more than I could remember, but even what I did remember each morning would be enough to stamp me as a madman or a genius if ever I dared write it down. And all were urged to write copiously in their own languages of themselves and their respective periods; such documents to be filed in the great central archives. Of the animals I saw, I could write volumes. He meant to write you, but was delayed. Dr. Boyle will write later. I can scarcely bear to write it down in black and white even now, but perhaps that will not be necessary. Those investigations and discoveries have left their mark upon him; so that his voice trembles when he tells them, and his hand trembles when he tries to write of them. And againe I ask that you shalle write me as Jedediah and not Simon. Of his proposed itinerary he would say nothing save that the needs of his studies would carry him to many places, but he promised to write his parents fully and faithfully. Of his daily life he wrote by little, for there was little to write. The for-mula was so plainly audible in the hall outside the locked door that Mrs. Ward could not help memorizing it as she waited and listened anxiously, and later on she was able to write it down at Dr. Willett’s request. Sshh! — write! Early in July Willett ordered Mrs. Ward to Atlantic City for an indefinite recuperative sojourn, and cautioned both Mr. Ward and the haggard and elusive Charles to write her only cheering letters. On the source of Slater’s visions they speculated at length, for since he could neither read nor write, and had apparently never heard a legend or fairy-tale, his gorgeous imagery was quite inexplicable. His money and lands were gone, and he did not care for the ways of the people about him, but preferred to dream and write of his dreams. What he wrote was laughed at by those to whom he showed it, so that after a time he kept his writings to himself, and finally ceased to write. He was always nervous, though, about what some of the young fellows in Paris might write home to their relatives after the news of the marriage spread around. I had the agent write him that our affairs absolutely required one of us to go East, and of course my illness made it clear that I could not be the one. He it is that we have chosen to blend into one glorious whole all the beauty that the world hath known before, and to write words wherein shall echo all the wisdom and the loveliness of the past. One of them had wagered him a heavy sum that he could not — despite many poignant things to his credit in the Dublin Review — even write a truly interesting story of New York low life; and now, looking back, he perceived that cosmic irony had justified the prophet’s words while secretly confuting their flippant meaning. Subsequently he seemed to be satisfied, and crossing to a chair by the table wrote a brief note, handed it to me, and returned to the table, where he began to write rapidly and incessantly. Then the glass broke shiveringly under the persistent impacts, and the chill wind rushed in, making the candles sputter and rustling the sheets of paper on the table where Zann had begun to write out his horrible secret. When first I saw that I must go, I prepared my diving suit, helmet, and air regenerator for instant donning, and immediately commenced to write this hurried chronicle in the hope that it may some day reach the world. This demoniac laughter which I hear as I write comes only from my own weakening brain. Tell me why that thing that calls itself Asenath writes differently off guard, so that you can’t tell its script from — I’m too far gone to talk — I couldn’t manage to telephone — but I can still write.

Author of five books of poetry (most recently the visual poem suite silence), two volumes of conceptual fiction (most recently the short fiction collec tion How to Write) and over 150 chapbooks, derek beaulieu’s work is consistently praised as some of the most radical and challenging contemporary Canadian writing.

Publisher of the acclaimed smallpresses house press (1997-2004) and no press (2005-present), and editor of several small magazines in Canada, beaulieu has spoken and written on poetics inter nationally. Toro magazine recently wrote “using techniques drawn from graphic design, fine art and experimental writing, [beaulieu] vigorously tests the restrictions, conventions, and denota tions of the letters of the alphabet.”

In 2006 he was a performer at the Nyhil Poetry Festival in Reykjavik (Iceland) and in 2007 he was keynote speaker at the Oslo poesifestival. He has performed his work at festivals and universities across Canada, the United States and Europe. In 2010 he will be featured reader at the Soundeye Festival (Cork, Ireland). epc.buffalo.edu/authors/beaulieu

Excerpted from How to Write

1 thought on “How to Write”