The lost art of molecular gastronomy

“Chefs are a lot like hardware hackers. Both geek out, absorbing the specs of (vegetables/technology) for the purpose of creating something that nobody else has: (innovative food / new machines). So what happens when a kitchen becomes a hack-lab? Something delicious, something geeky. Dorkbot (foodhacking.wordpress.com)”

oddled in that awful Thai-inspired green curry I attempted to create from scratch, is a code that has the ability to become a truly awe-inspiring dish. But I’m hopeless to crack it. What I’d like to call a food phreaker or hacker is the only one who can save me now.

The subversive ethos of the hacker community has always been buried in the inquisitive minds’ drive to expose the gears behind the machine. The hacker’s mainstay in pop-culture has finally allowed it to rope in other forms of exposition. Computers are too damn easy. At this point, molecular gastronomy–or food hacking–is what matters. Molecular gastronomy has been defined as “the scientific study of deliciousness” or simply the “science of food.” The idea is that certain recipes can be created via the molecular composition of the food, yielding a unique taste based on its “source-code.” Crack the code and you can create dishes the Iron Chef himself will drool at. At least, that’s the theory. 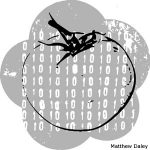 This “open-source” revolution has fuelled a sudden interest in the art of food hacking. “The cooking world should be ideally suited to concepts like open source,” writes one blogger on foodhacking.wordpress, adding further: “all chefs steal other’s regularly, and they’re blatant about it.” The free flow of culinary information can be seen as the political wing of molecular gastronomy, freeing up the code with which to create unique and coveted dishes. Why should the elite world of fine dining be exclusive to those that can afford it? Of course, while these recipes do unlock some secrets (or code) to high-class plates, the means of getting there can be a little demanding.

The “hacked” recipes are unlike anything you’ve probably seen in a kitchen before (actually more apt for the science lab). Recipes have included such techniques as “poaching” in Liquid Nitrogen or loading caramel syrup into a Nitrous Oxide dispenser. Different types of gums and oils are regularly extracted from various ingredients in order to find the necessary piece to complete the meal. And this is just from the horchata menu. The ingredients have to be recast as chemical agents serving a greater and more delicious purpose. This is why you might encounter some unconventional cooking ingredients like “unripe mango” or “pine” as they share a molecular structure (as reported on npr.org).

This kind of geek-gourmet emerged from experimental chefs in the classiest of restaurants in London (England), and has since caught on with the rest of the geek world. The use of liquid nitrogen or 200mph blenders are just some of the techniques which are unlocking the code behind some bizarrely delicious food combinations. But while this open-source revolution finally tastes a little better by releasing the secrets of mysterious chemical ingredients like “meat-glue”, rest assured that there’s always room for user error.

Blend pumpkin seeds, water until horchata consistency. Strain and chill. Make caramel syrup of cinnamon, vanilla, allspice, ginger, nutmeg. Blend horchata and syrup. Add soy lecithin (dried soy milk). Disperse well. Load into 1 quart Nitrous Oxide dispenser- filling halfway. Charge wtih 3 N2O cannisters and chill. Over a liquid nitrogen bath, dispense some foam into a spoon. Drop the foam into the nitrogen bath and agitate with a spoon to make sure it doesn’t stick to the bottom. Remove from nitrogen bath when the foam is hard on the outside, plate immediately.

This is the signature palate cleanser of The Fat Duck. The foam is “poached” in liquid nitrogen tableside and presented on a spoon. This is an amazing dish–the foam tastes of green tea, vodka and lime.

With our new Vitamix Super 5000 Blender, we can make horchatas. Put a couple of handfuls of any nut or seed (cashew, almond, pumpkin seed, tiger nut) and add enough water so that the nuts are freely floating. Blend for 20 minutes.

The spicy caramel syrup adds the sweetness and flavor of pumpkin pie to the thick pumpkin seed foam. 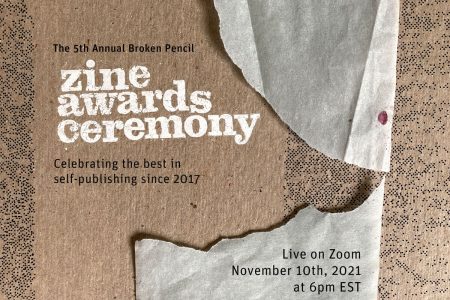