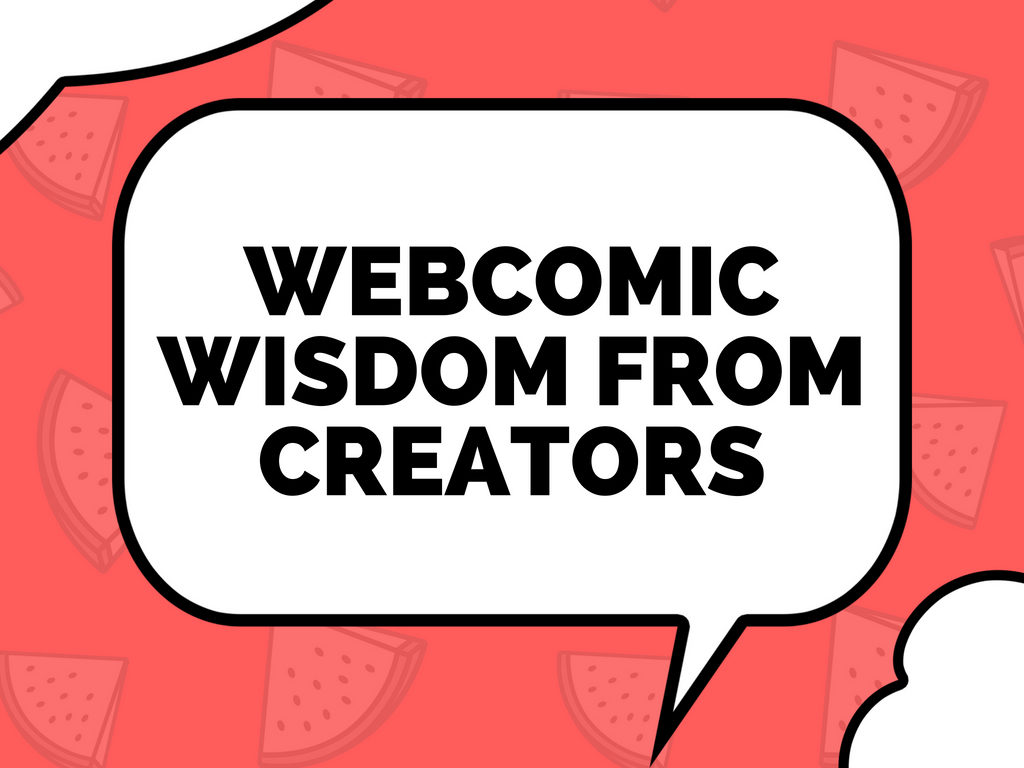 As webcomic expert George Rohac put it: “There’s no magic wand that’s going to make or break your comic.” That being said, here’s some advice for aspiring creators.

Don’t bite off more than you can chew

No End creators Erli and Kromi suggest working on a shorter comic to start, so that you can grow accustomed to working on a webcomic, and can gradually find the tools and tricks you need to be efficient. But if you are planning on doing that epic, thousand-page story, plan ahead and leave room for change.

“It is so much easier to make a comic when you have written at least the bare bones of the story. Also it’s incredibly exciting when you start to approach that certain scene you’ve been literally waiting for years to get to.”

“Spike Trotman … always says, it takes 10 years to reap the benefits of what you do in the art world,” notes Isabelle Melançon of Hiveworks. “I think that’s true — even on the internet.”

Her webcomic, Namesake, started gaining speed after three or four years. Now, after working in webcomics for about a decade, she says she’s reached a “sweet spot” with her art and monetization. “If you have a good idea, it will eventually gain some traction,” Melançon says, and for most people, that return will likely come after a couple years.

It doesn’t have to be perfect

“Don’t be so hard on yourself. Draw what makes you happy and throw it on the world, however imperfect you think it is,” Big Jo creator Julia Arostegi writes. “I decided to just post my silly, self-indulgent comic online in the spirit of ‘I’ve got nothing to lost,’ and it was a revelation for me. Perfectionism was just getting in my way. The important thing is to have fun.”

Unless you’re a fully independent creator, it’s important to keep on your toes, Rohac says. Don’t “just trust the editor that you like that’s really nice if you’re not getting paid on time or you’re worried about language in a contract,” he says. “Don’t feel like you’re throwing shade if you’re like, ‘Hey, I haven’t been paid’ or ‘Hey, I think this clause is weird.’”

“You have to self-reflect on whether an idea is working or not,” Melançon says. “So when you bark up the wrong tree, you have to take care of that yourself.”