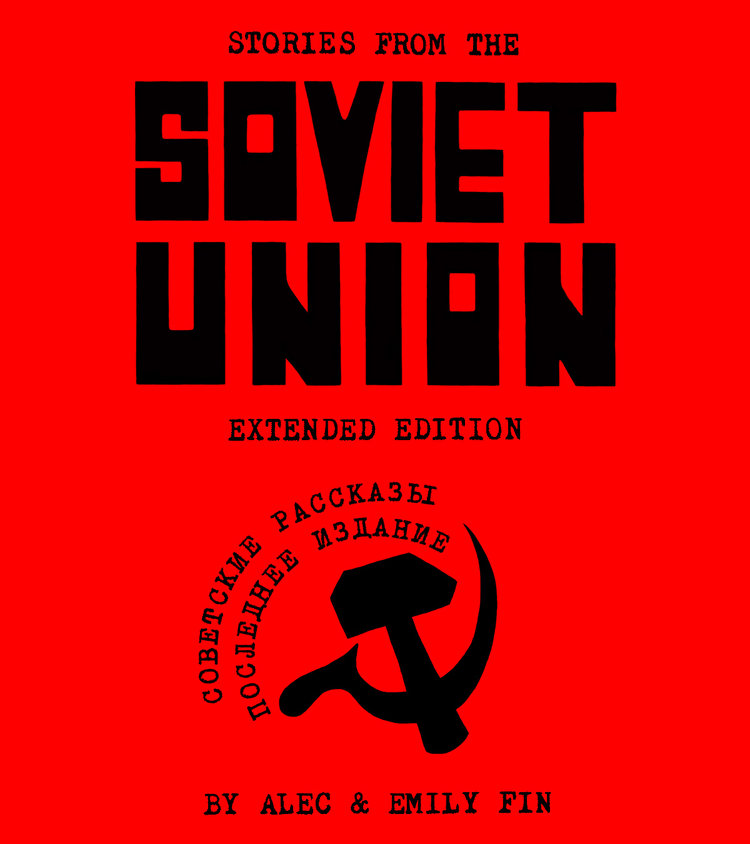 We believe in good old fashion family values, such as seizing the means of production to tell tales from your old man’s Soviet past.

The zine depicts snapshots from Alec Fin’s life in Ukraine until 1980. The stories are illustrated and illuminated through drawings by his daughter, Emily Fay Fin.

Originally a slightly more modest but still vibrant digest-size zine, this re-issue brings the content to its full potential through the younger Fin’s exquisite zine-ography. The result is a hand-typed, hand-cut, screen-printed and sharply illustrated crimson square of a zine. 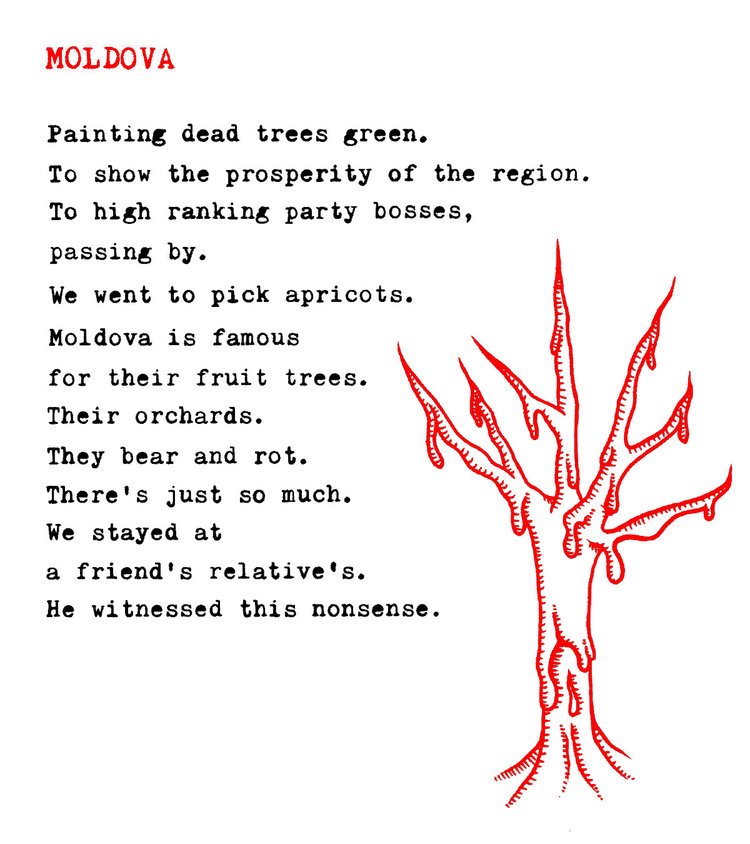 “As an immigrant, my dad always had wild and captivating stories to tell and I wanted to share his experience,” explains Fin. “Visually, I wanted to mimic my grandfather’s Soviet driver’s license, a little book with a red cover.”

“The visual elements were perfectly in line with the content and tone of the text — declarative, staccato, funny, chilling,” she comments, adding that she particularly enjoyed the section explaining samizdat publishing, noting, “A meta-zine. How delightful!”

“My dad is very smitten with having some fans,” Fin told Broken Pencil slyly. “He says, ‘now we make another one.’”