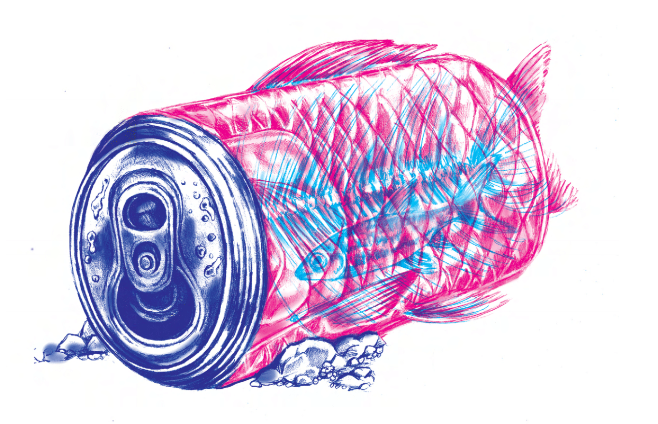 YEAH, NO. Boys are stupid. And here’s the proof. Because maybe three Tuesdays ago, right, I was floating an inner tube down the Guadalupe since it’s summer and everyone tubes down the river in the summertime and who cares if they’re all in groups and I’m by myself, whatever, I like the water and the sandy banks and all the leaning trees and the sunny flashes on the river’s ripples and below the ripples, too, what might be fish or might be empty bottles of Lone Star or Michelob or Fireman 4 halfway buried in the bottom.

My gram says it’s healthy for a girl to be alone sometimes. And fuck it, it’s nice having a break from being seen for a change, with my old bikini bottoms saggy and my ass hidden anyway beneath the water. It’s like being at home in your favourite played-out robe. Only outdoors. And with water.

So anyway, partway down the river I saw this rocky sandbar poking out to make some kind of bend, so I beached myself to pee in the bushes because peeing in the water is gross — you’re still peeing in your swimsuit, you know, still pissing yourself — and after I peed, I decided that since here I was with all these stones everywhere, I ought to build a little monument for myself, mark my presence in the world like a little check-mark in the history books. You know the sort of thing I mean. It’s kind of a hippie thing, yeah, but fuck it, maybe I’m a hippie. And anyway, if you act like a hippie and no one’s around to see, does that even count? Who cares.

I know some people get real architectural with their monuments, making arches or scales or so they look like they defy gravity when in fact what they’re doing is demonstrating gravity, but I wanted to keep mine simple. Just three. Big. Rocks. In a stack. It felt meaningful without my having to justify the meaning. You have no idea what a gift that is, to for just one minute, not have to explain yourself.

A big square rock was already dug in by the water’s edge, so that was easy enough. And I was able to roll over a second rock that looked like a squashed meatball, so that wasn’t bad either. But the third one was part buried in the silt with water swooshing in white fins over all its nice straight lines. It was shaped like something maybe Picasso would have painted. It was heavy. And the suction from the river was fighting back, slurping the rock tightly into the silt. But I was doing it! I almost had it. So of course, it had to be right then — while I’m squatting knee-deep in the water and wrestling with a rock — that this flotilla of bro-dudes came tubing by, which I’m sure must’ve looked real fucking attractive to them. First they all whooped and hollered, and then one dude with blonde cornrows paddled over and was all like, “Miss, let me help you with that,” like he was some fucking gentleman or something. And you know, I tried to tell him no. I mean, I straight-up told him, “No, thank you. I got this,” but he just tossed his inner tube up onto the sandbar and bent down across from me and put his hands over my hands where I had hold of the rock, so it looked like we were lifting it together. But really, he was doing the lifting. And crushing my fingers. When he finally pulled that weird art-rock out of the silt and balanced it on the meatball rock, the dude stepped back and admired “our” work and said as much, like, “Now that’s a sweet monument, wouldn’t you say?”

And yeah, the boy was cute and his abs were nice to look at and I liked the ta-too he had up by his clavicle — it looked like a tribal X with a Z scooting out of it — but fuck that guy, this wasn’t my monument anymore. It was only part mine now, and part his, too. And I didn’t want my part anymore.

It was stupid and round and it would always be underneath his. The whole point was to be here and to be alone and this gorgeous butthole had ruined it.

I wanted to erase him, rub him out ‘til there was nothing left, but he stayed standing there, chest puffed out with a Rover-dog grin plastered all over his face. He wasn’t going to leave until I responded.

So I said yes, and said thank you and showed him my teeth as if it meant the same as smiling — because it wasn’t enough that he’d fucked up my day, I had to thank him for it, too, I had to be gracious—and Sir Galahad beamed and said, “Pleasure was all mine,” and only then did he rejoin his platoon of hooting, Bud-chugging morons bobbing down the river and finally — finally — leave me alone.

But, I suppose this could be considered some kind of instant retribution. You know? Serves. me. right. That’s something my gram would say, too. Leave the monuments to the men, Honeybear. Stay home and cover up. Right. Of course. And they say you shouldn’t make stacks like that anymore anyway. It fucks with the ecosystem. Distresses and confuses the teensy minds of small shiny fish. And I’ve always had a soft spot for those flitting silver nobodies, underbitten and walleyed and never knowing if this — this right now — is the moment when something much bigger and hungrier than them might decide it’s time for a bite. 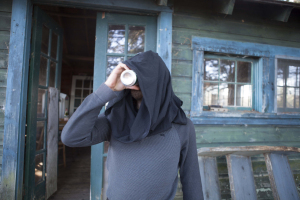 Douglas W. Milliken is the author of the novel To Sleep as Animals and several chapbooks, most recently The Opposite of Prayer. He’s exhausted by the mouse chorus of souls following his heartless kitten through the understory.