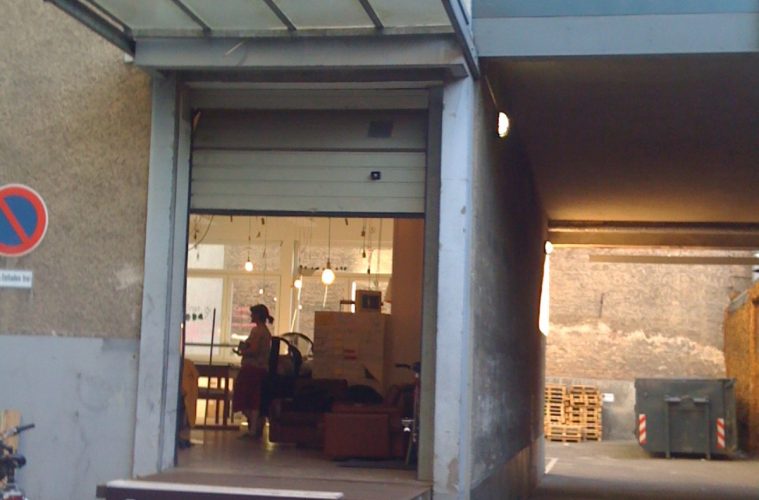 Just off Moritzplatz, a distinctive roundabout in Berlin’s Kreuzberg district, there’s something to fit every niche creative interest. To your right is Prinzessinnengarten, a downtown farming project, complete with trailer restaurant, where diners munch on ethical salad amidst a grove of sprouting saplings. To your left and round a corner is the newly established Etsy Labs, the European headquarters for the crafty website. Open Design City is for a different breed of creativity, one more at home with circuit boards and power tools.

Open Design City is adjoined to Betahaus,, a collaborative workspace not unlike the Centre for Social Innovation in Toronto or the W2 in Vancouver. Scarcely a year old the workspace has become immensely popular with its regular event nights. Monday is open project night where anyone can bring a project in to work on with the tools on hand. Another added bonus is the expert overseers who are always mulling over their own projects nearby and ready to help in a instant, if asked. Thursday is a skill-sharing night, where techniques like knitted graffiti or lamp building are taught. There are also workshops, like its recent bird-house building night.

All this grew out of similar series of workshops held by the founders of Open Design City during Berlin’s social media week in 2010.The initial group set up a workshop for the  festivities and the overwhelming interest proved this was not a once-a-year event. Crafty technological types needed a permanent space to work out ideas, speak with other like-minded creators and basically just nerd out. The whatever-goes space now attracts a nebulous, but strong community in the city: makers, DIY sorts, entrepreneurs and tech geeks floating around the Morizplatz intersection. In the year since, all manner of projects have taken root and flourished here: a graffiti bike project that paints with light, a full-sized light-up brain that demonstrates how the organ works and many other smaller projects too transient to count. A clear favourite is a modular furniture project designed as an alternative to IKEA. Giant wooden holding cases flip out in to tables and turn in to storage as well as furniture for Open Design City. It’s handy, cheap and accessible – pretty much exactly the ethos of the space.

To find out more about Open Design City, check out its Facebook page  as well as website.