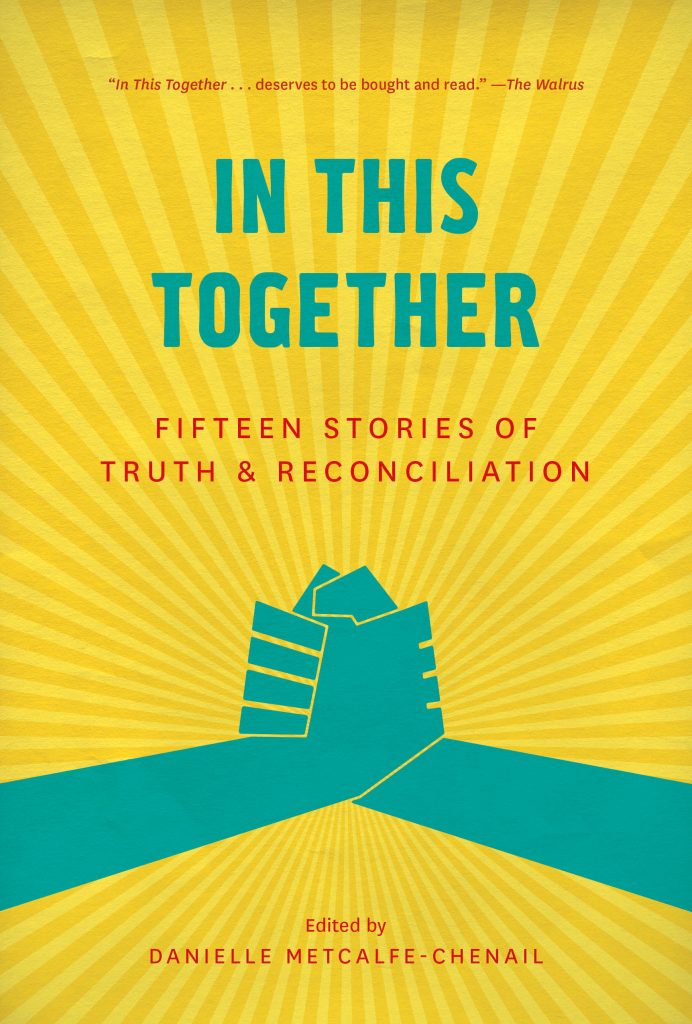 In This Together: Fifteen Stories of Truth & Reconciliation, edited by Danielle Metcalfe-Chenail. 224 pgs, Brindle & Glass, brindleandglass.com. $19.95.

Not a day goes by without news reports describing the harsh realities faced by Canada’s Indigenous communities: youth suicides, missing and murdered women, deplorable housing conditions, high rates of poverty and incarceration, and more. How can we as a country begin to seriously address and solve these issues? For Metcalfe-Chenail, one of the first steps is education: “We all believe that when we know better, we do better,” she writes.

In This Together is a poignant anthology of personal essays published in response to the recent report released by the Truth and Reconciliation Commission. Metcalfe-Chenail brings together fifteen writers who discuss their experiences coming to terms with Canada’s colonial legacy and its impact on Indigenous peoples. The authors offer concrete recommendations for reconciliation: teach all Canadians about the residential school system and the Indian Act, involve Indigenous peoples in city planning initiatives and development, promote language and cultural preservation and revitalization, and recognize the ways in which Canadian society has fundamentally benefitted from government-sanctioned racist policies and practices.

The strength of this collection lies in its diversity of voices and perspectives. Contributors include journalists, writers, scholars, visual artists, filmmakers, a former city planner, and a lawyer from across Canada, both Indigenous and non-Indigenous. The pieces are beautifully written, reflective, and accessible. Notably, many reveal deeply unsettling truths. Métis writer Emma LaRocque recounts her experiences of racism and physical abuse in the public school system in Alberta during the 1960s. Non-Indigenous author Joanna Streeley describes a time when she dated a Tla-o-qui-aht man on Vancouver Island and witnessed firsthand a rash of youth suicides, a young woman go missing, and multiple acts of violence in her partner’s community. Still, the message shared here is one of optimism and hope for change. Overall, this is an exceptional and important read. (Melissa Hergott)